Meng Jiangnu Weeps, a Heartbreaking Story of Love and Loss 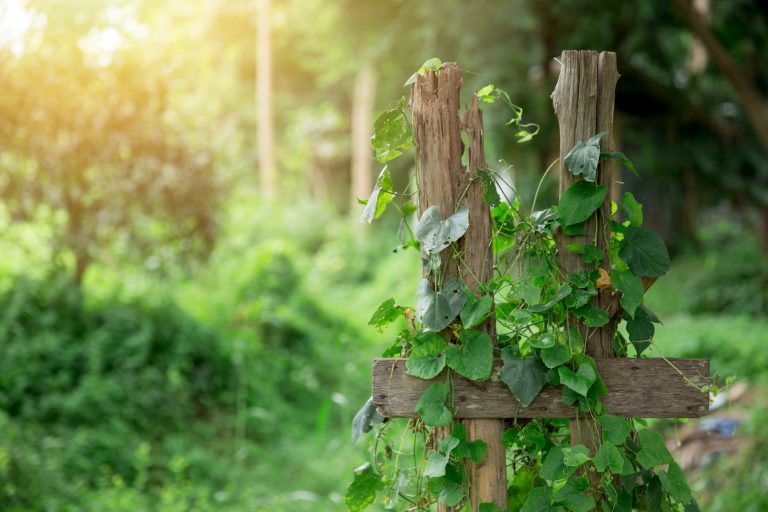 As the years went by, the Meng couple decided to plant a gourd vine. (Image: Korn Vitthayanukarun via Dreamstime)

This story is about a girl named Meng Jiangnu (孟姜女) and her beloved Fan Xiliang. Their love story is one of China’s four great folktales called Meng Jiangnu Weeps or Meng Jiangnu Bringing Down the Great Wall With Her Tears (孟姜女哭长城).

As the vine grew, it sprouted a gourd on the neighbor’s side of the fence. Both the Jiang and Meng families, having been friends for a long time, decided to share the gourd.

But when they cut the gourd in half, to their amazement, a pretty baby girl was lying inside. Just like the gourd, both families decided to raise her together, that is how she received the name Meng Jiang Nu, which means Meng and Jiang’s daughter (nu stands for female/woman/daughter in Chinese).

Jiangnu grew to be very beautiful and also very kind. She took care of both families, and everybody grew very fond of her. One day while walking in the gardens, she discovered a man hiding in the bushes; she instantly called for her parents.

When the man revealed himself, she found him to be a good-looking man named Fan Xiliang. Fan was hiding from officials who were forcing young men to start building the Great Wall. The couple fell in love with each other and were married.

However, their happiness was short-lived. Just three days after the marriage, Xiliang was discovered by officials and taken away to build the wall. For the entire year, Meng sat alone with no word of news about the wall or the well-being of her husband.

One night, Meng had a disturbing dream that her beloved Xiliang was freezing on the wall. It had shaken her so much that she started knitting warm clothes for him instead of going back to bed. It was then she decided no matter the cost, she would find him.

After days and nights of climbing over mountains, wading through rivers, slipping and falling many times, she finally reached the foot of the Great Wall at Shanhaiguan Pass. However, once she arrived, she soon found out she was too late.

Meng Jiangnu weeps and a section of the Great Wall collapses

Meng’s husband had died from exhaustion and was buried somewhere beneath the Great Wall among thousands of other workers. Upon hearing the news, Meng Jiang cried with grief for her beloved husband. She wept for three days and three nights.

On the third day, there was a sudden tremendously loud noise; part of the wall where Meng was grieving had just collapsed (Chinese believe in telepathy between heaven and man, therefore they believed that man’s cries could move God, and that’s why she was able to “bring down the Great Wall with her tears”).

Emperor Qin Shi Huang happened to be touring the wall at that exact time and wanted to punish Meng for destroying the wall. However, when the soldiers brought him Meng Jiangnu, he was overwhelmed by her beauty and decided instead of punishing her, he’d marry her instead.

Meng Jiangnu had no choice; she had to agree, but only under three conditions: first, her husband was to be given a proper burial; second, the emperor, as well as his court, must go into mourning for Xiliang; and thirdly, she wanted to see the ocean.

The emperor was displeased with giving a proper funeral to a commoner, however, he agreed. After the funeral, she was determined to escape the emperor and reunite with her one true husband, Xiliang. So when she arrived at the ocean, she committed suicide by throwing herself into the ocean near the Bohai Sea.

Through the people’s hatred toward Emperor Qin Shi Huang, the story of “Meng Jiangnu Weeps” was created. It reflects the grievances that the ancient people had toward tyranny as well as the praise of unyielding women.

The Temple of Meng Jiangnu was established in the Song Dynasty around 1,000 years ago. It has continued to be maintained and worshiped at the eastern beginning of the Great Wall, in the Qinhuangdao City of Hebei Province.