How Chopsticks Reveal Your Character 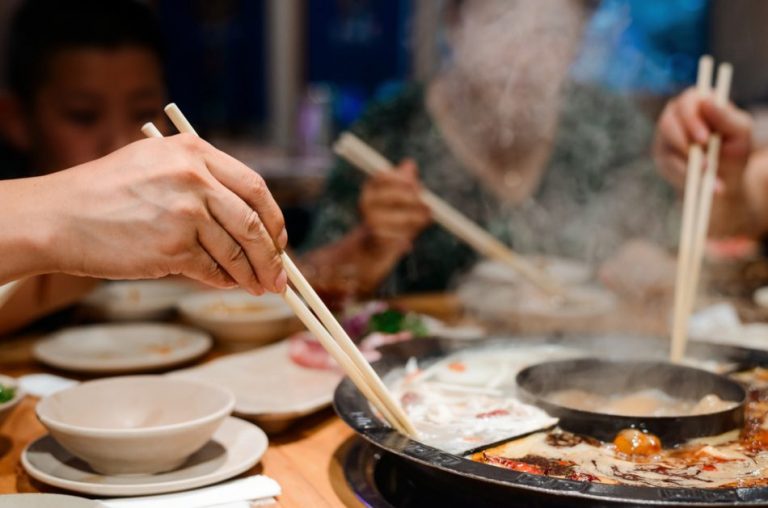 During the 5,000 years of Chinese civilization, many different flavors, styles, and cuisines have developed based on traditional philosophy and culture. (Image: Lurii Golub via Dreamstime)

Since ancient times, proper etiquette has been an important part of Chinese culture. Etiquette was considered especially important while dining, and ancient people viewed how one used chopsticks as a reflection of their upbringing and their parents. If you held or used chopsticks in a sloppy, careless, or rough manner, it was taken very seriously, as it revealed flaws in your character.

A female netizen recently shared a personal experience, saying that she had a boyfriend who was a good marriage prospect. One day, she brought her boyfriend home to meet her parents and have dinner with her family. After the meal, her grandpa pulled her aside and said in all seriousness: “This person can neither have a deep relationship, nor the intention of getting married.”

The young woman was taken aback by her grandpa’s remarks, as he wasn’t the type of person who interfered in her relationships. Moreover, in her eyes, her boyfriend was a promising and trustworthy partner.

Shocked, she listened as her grandpa told her that he could tell from the young man’s table manners what kind of person he was, and what kind of upbringing he’d had. “He has a habit of using his chopsticks to repeatedly stir the food at the bottom of the plate so that he can see what’s underneath, and by doing so, he made a mess of the food.”

The woman had never paid any attention, but thought it must just be that everyone has different eating habits. Her grandpa shook his head and said: “Your boyfriend is a company director, and so he would not have lacked for anything materially. Yet, he still gobbles up his food. This shows that his family upbringing was not good, and that he is a selfish and narrow-minded person.”

Her grandpa continued: “When a person is in front of a dish of food and does not care about the feelings of the others at the same table, in the future, when there is anything that interests him, he will certainly take all of it for himself through any means he can. He will not take care of others at all. If you marry him, it is likely you will be hurt by his selfishness in the future.”

Her grandpa knew that if you wanted to know a person, their background, or how they will conduct themselves in future matters, you should observe the minute details of what a person does. He told the young woman: “Don’t underestimate a pair of chopsticks. They can reveal a person’s true character.”

Not long after this, her grandpa’s words came true.

One day, her boyfriend borrowed a large sum of money from someone, ignored the feelings of others, and then disappeared. The woman came to realize that her grandpa’s assessment had been correct, and she learned that a person’s character could indeed be revealed by how they use their chopsticks.

The 12 taboos in using chopsticks

The ancient Chinese took the use of chopsticks so seriously that they summarized proper chopstick etiquette in the twelve taboos for using chopsticks. Though young Chinese may not be aware of them, these rules still hold true today.

1. Avoid tapping the edge of your bowl with chopsticks

Tapping the edge of your bowl is considered very poor manners. In the past, only beggars did this as a way of making noise and attracting attention to themselves.

Chopsticks should not be stuck vertically into a bowl of rice. This is because it resembles the ritual of burning incense, something used to symbolize “feeding” the dead.

3. Avoid placing the chopsticks on top of an empty bowl

4. Never stab the food on your plate with chopsticks

While dining, stabbing the food on your plate is not only considered impolite and rude, but also bad manners for other diners.

When not using your chopsticks, they should be placed on the chopsticks holder, with one stick parallel to the other. Placing the chopsticks in a crossed position on the table can be interpreted as not having respect for other people at the same table. This is because, in ancient times, when a person was convicted in court, they had to sign their confession by marking a cross (“X”) on the paper.

Using chopsticks of uneven length is to be avoided, since such a practice is considered extremely unlucky.

When using the chopsticks to pick up food and put it into your mouth, the chopsticks should never be licked, nor any sort of sound be made. To do so is considered bad behavior and quite disgusting, as well as annoying to other diners at the table.

8. Avoid searching through food served at the table

When a delicacy is served at the table, some people use the chopsticks to dig and search through the food, as they decide on which food they want to eat. This is considered very disrespectful, and is known as “grave-digging.” Only those with a poor upbringing would do such a thing.

Habitually shaking the chopsticks a few times after placing food on one’s plate, for example, in order to remove any liquid, is considered very rude behavior.

Using chopsticks to repeatedly flip the food on the plate is a behavior that is considered a sign of having no manners and is offensive.

11. Avoid having the chopsticks fall to the ground

Dropping chopsticks on the ground accidentally is a sign of impoliteness.

It is not allowed to use chopsticks upside down while eating. Doing so demonstrates that a person is very hungry, and lacks self-restraint and good manners.

Demonstrating good table manners and proper etiquette is not only considered to be a reflection of one’s good character, but is also believed to promote good fortune, while breaking the rules of etiquette is considered rude, impolite, and a poor reflection upon one’s parents.