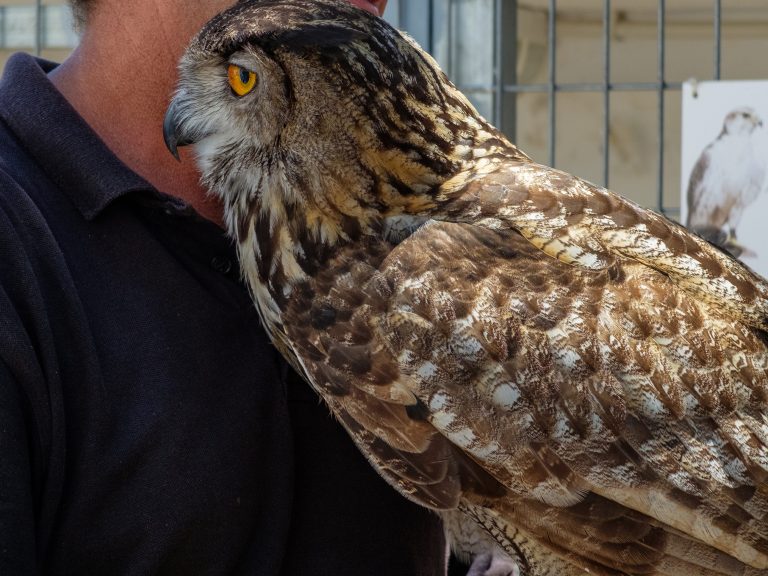 Jaylo Miles is determined to make the lives of people coping with post-traumatic stress disorder (PTSD) better. Interestingly, he is not alone in his efforts. Jaylo is accompanied by Louie — his PTSD support owl.

Millions of women and men cope with different types of mental disorders and trauma such as PTSD, but few can manage to get out of these conditions. It is rarer to find people such as Jaylo who not only deal with such limitations bravely, but inspire others to lead a better life.

It is a curious pair they have formed for sure. Emotional support dogs and cats are quite common, but seeing a predatory nocturnal bird donning the hat of a support animal is quite rare. They hike together and Jaylo says the experience is mind lifting.

They are putting efforts to raise awareness for PTSD and allied mental health disorders. Joann Randles, a Wales-based photojournalist, recently joined the duo taking a hike to Pen-y-Fan, which happens to be South Wales’s highest summit. She read the story of Jaylo Miles and found it motivating. Then she contacted Jaylo and asked if she could share the hike with Louie. She said it was a nice experience to undergo the hike, accompanied by the amazing support PTSD support owl.

Jaylo is proud to have his PTSD support owl Louie assist him and other PTSD victims. He said: “People will never know how special Louie is, not just for me but for the guys I let hold him. That special moment of love!” He wants to motivate others coping with similar situations to get out of the depression and feel better. That is why he has set up a Facebook page to reach out to PTSD victims named Many Downs, Time To Get Up. Here, people can learn about how he battled PTSD and emerged a winner in the end. He added: “I have built this page from a desperate battle with my own mental health and suicidal thoughts in the hope to make a difference and leave a legacy to create & inspire.”

The efforts of Jaylo Miles have not gone unnoticed, as it is. Along with Louie, another PTSD support owl called Oscar has become popular in Cardiff- these days. Jaylo wants other PTSD victims to join him and his two avian friends for hiking. PTSD can be hard on the victims but with support and compassion, it can be overcome, he feels.