Secrets of the Chinese Calendar 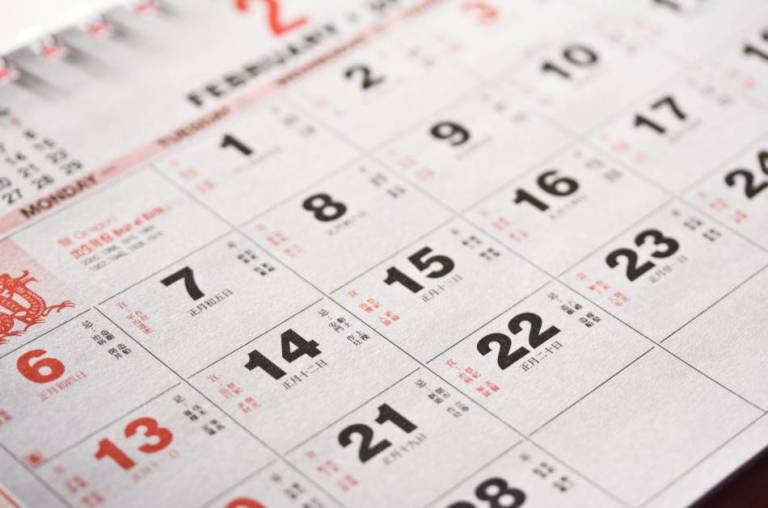 The origins of the Chinese calendar supposedly go back to the year 2100 BC to Emperor Huang Di of the Xia Dynasty. (Image: Pictac via Dreamstime)

The Chinese calendar is also known as the Yin or Xia calendar, or the lunar calendar. Its origins supposedly go back to the year 2100 B.C. to the Xia Dynasty and, according to legend, to Emperor Huang Di.

The Chinese Communist Party declared the Chinese calendar as belonging to “The Four Olds” in 1949, and denounced it as myth/superstition. However, Chinese farmers trust the calendar and its predictions to this day.

This lends credence to the assumption that the predictions are based on scientific observations, reflecting profound insights into the laws of nature. So, not superstition/myth, but science?

The Chinese lunar New Year begins with the new moon and spring (chun fen 春分), followed by the rainy period (yu shui 雨水), and then by the ensuing new moon that brings thunderstorms and the ebb and flow of the ocean.

The whole year is divided into four seasons — 12 moon months and 24 smaller, 2-week periods that strictly underlie the shuo and wang cycles — the new moon and full moon. It means there is another division according to the moon, in apogee or waning.

This seems to make sense, since science has affirmed that natural occurrences happen according to the phases of the moon. Ancient Chinese observed these twice-monthly cycles and passed on their meanings.

Accordingly, the changing of the seasons and ebb and flow can be precisely predicted, as can the most favorable time for sowing, or when to expect a cold snap.

But there is a snag: The difficulty with the moon calendar lies in the differences between moon calculations and those related to the Western calendar based on the 365 days of the solar calendar.

A moon month lasts 29 or 30 days, making a moon calendar year 11 days shorter than a year based on the Western sun calendar. The ancient Chinese figured out that to get a yield of 19 years, the calculations require seven years of 13 months each to arrive at the correct calculation for 19 sun calendar years.

Astronomers’ observations and calculations determine when this 13th month occurs and what might transpire during the year.

The odd months present problems, because historic lore discovered the need for an odd April day [leap year], but it would be particularly unsuitable to assure a harvest, and a leap year is also unfavorable, as huge wars and catastrophes often occur during leap years, even during an August leap year.

Case in point — the horrific Tangshan earthquake of July 6, 1976. Chinese astrology — unlike its Western counterpart, is vastly different. The West calculates according to the planetary constellations for prognoses, while Chinese consider laws and interactions between Earth, Heaven, and man as a whole.

That is the reason for the Chinese placing so much importance on the five elements from whose manifestations they draw conclusions about things in nature and in regard to man.

The 10 roots refer to the changes in the five elements of wood, fire, water, metal, and earth, manifesting either as yin or yang, thus representing 10 different energies. The elements constitute a logical progression to describe both creation and decay in nature.

The 12 earthly branches, also known as the 12 animals of the zodiac, build a 60-year cycle in the moon calendar, since five elements times 12 animals amount to exactly 60 combinations.

Since animals are Earth creatures, the Chinese invented animal symbols to illustrate the recurring Earth branches. This resulted in the naming of the rat, oxen, tiger, rabbit, dragon, snake, monkey, dog, and pig. A specific animal reigns over each year, in combination with an element.

According to Chinese lore, the five elements of wood, fire, water, metal, and earth are the building blocks of the cosmos. Their properties and relationships to each other lead to idiosyncrasies in matter.

They either foster or harm each other, thus either strengthening or weakening each other. This is equally valid pertaining to large and small matters. Everything seeks harmony and equilibrium, making it imperative to have elements and life energies on an even keel.

The Chinese calendar represents a means for people to act in accordance with developments in nature and the cosmos, assuring a secure and happy life.