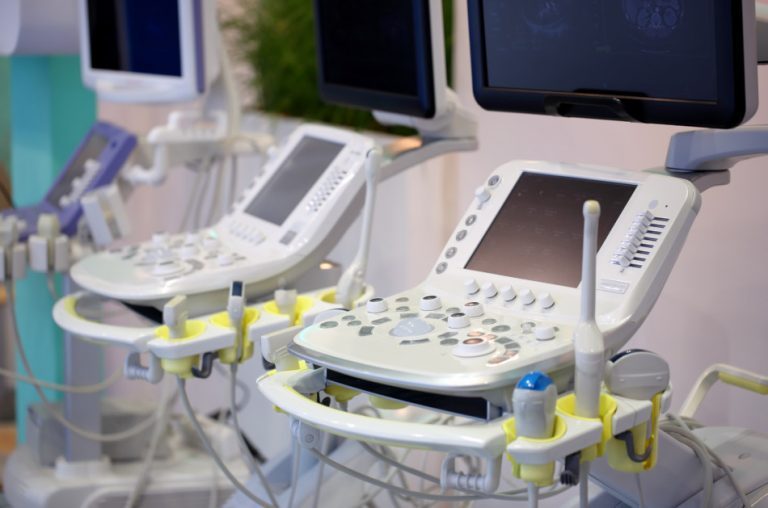 Ultrasound and other modern equipment can only scan the human body, but stories from ancient China tell of a mirror capable of both scanning and healing. (Image: Wideonet via Dreamstime)

In ancient times, there were stories of a “scanning mirror” that could see inside the body and heal people. In today’s modern society, there are several different types of medical scanning devices that are able to look at the body, including:

All of these impressive machines and diagnostic techniques appear to be a manifestation of scientific progress. But the ancient “scanning mirror” could do all this and more.

One day during the first year of the reign of Emperor Dezong of the Tang Dynasty (A.D. 785-805), some fishermen were at the mouth of the Songjiang River and Taihu Lake in Suzhou, carrying small nets to fish.

The mirror was about seven or eight inches long.  When the man looked at it, he saw bones and internal organs. Then, he used it to look at his stomach and found that internally it was so ulcerated that it made him nauseous and he fainted. The other fishermen were taken aback and looked for themselves. They all reacted badly with shock, vomiting and passing out where they stood after using the mirror to scan their bodies. The last fisherman dared not use the mirror anymore, and threw it into the water.

After a long time, the fishermen who fainted on the ground woke up. The last fisherman helped his friends stand up, and they supported each other back home. Everyone thought the mirror was a monster.

The next day, after finishing the netting, they sailed out to fish again. They caught several times more fish than usual. However, those fishermen who had suffered from diseases in the past were all healed after using the mirror to look at themselves. So they asked the elders about the mirror. Some said that this mirror appeared once hundreds of years ago and someone had seen it before. However, the elders didn’t know what kind of wizard owned it.

We all know that although today’s scientifically accurate body scanning equipment can see through the human body, it does not have the ability to perform treatments. Not only that, because of the irradiation during usage, these types of scanning devices are more or less harmful to the human body.

Perhaps people would think that this story is a legend. But since people can create machines that can see through the body today, why do we think that there couldn’t be something like the “scanning mirror” in ancient times? In fact, ancient technology was very advanced, because the ancient people created technology in a different way.