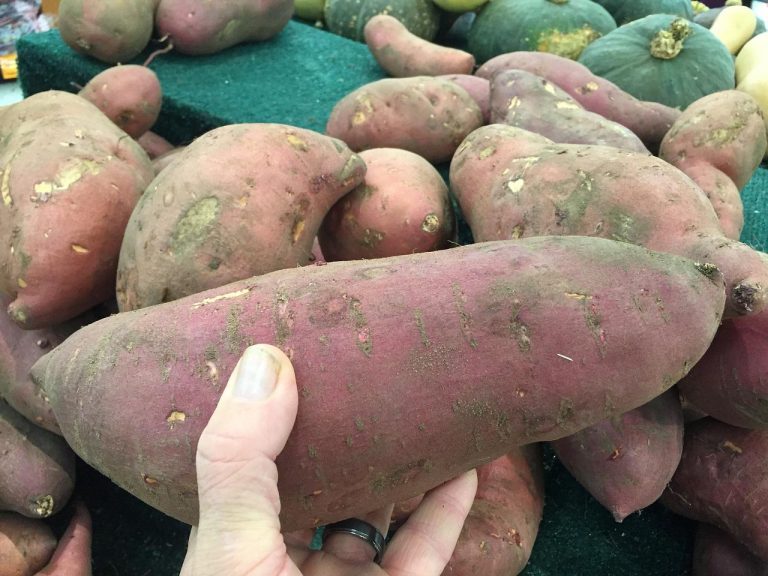 In traditional Chinese medicine, Chinese wild yam is recognized to have many health benefits since it cleanses the kidney and spleen. (Image: 1768636 via Maxpixel)

With so many healthy diet theories flying around these days, it can be hard to know what is actually good for your body. Traditional Chinese medicine (TCM) has a completely different view of food, one that’s been established for thousands of years. There are certain foods recommended for women.

Chinese yam, also known as dioscorea opposita, is considered a miracle food. The most common cooking methods are stir-fried thick yam slices and yam stew. In traditional Chinese medicine, Chinese wild yam is recognized to have many health benefits since it cleanses the kidney and spleen.

In traditional Chinese medicine, it is believed that the kidney is the congenital origin, and is in charge of your genes and fertility. While the spleen is the acquired foundation, and responsible for digestion and absorption, which is the main source of the body’s nutrition, according to Chinese Herbs Healing. Here are the health benefits of Chinese yam:

A common spice in our kitchen, ginger — which is spicy and aromatic — adds a unique flavor to our dishes. Besides cooking, ginger has a long history and wide use in herbal medicine. For thousands of years, ancient Indian and Chinese doctors have used ginger as a healing herb.

Traditional Chinese medicine believes that ginger is good for the circulatory system, and helps to balance the yin and yang of our body. Its healing effects include “restoring devastated yang” and “expelling cold.” By warming the stomach and replenishing the spleen’s yang energy and qi, ginger can assist in digestion, prevent nausea, and relieve stomach cramps from cold, according to Ben Cao Jin Ji Zhu (Collected Annotations on the Materia Medica Classic).

Many herbal doctors recommend ginger as a must-food for women, as modern research has shown that ginger can effectively subside symptoms of pre-menstrual syndrome (PMS), alleviate dysmenorrhea, and relieve morning sickness or nausea for pregnant women. For new moms, drinking tea brewed with aged ginger can warm up the body, and speed up the excretion of residual blood from the uterus. Here are several therapeutic uses of ginger:

Goji berries or wolfberries (Lycium barbarum) are rich in nutrients and have been used in Tibet for thousands of years in the treatment of kidney issues, liver diseases, eye problems, depression, diabetes, and tuberculosis. Traditional Chinese medicine believes that goji berries can nurture the kidneys, liver, and eyes. Chrysanthemum tea with goji berries added is a popular beverage in China, which nourishes and relieves sore and tired eyes.

Slightly sweet and sour, goji berries have a more pleasant taste than many other healthy foods. In addition to their appealing color and flavor, goji berries contain a high level of anti-oxidants (which have anti-aging effects), especially zeaxanthin. Zeaxanthin is found to play an important role in protecting the retina of the eye, according to research by Harvard Medical School.

In a study published in the Journal of Alternative and Complementary Medicine (2008), participants who ate goji berries daily for 14 days experienced significant improvements in “subjective feelings of general well-being,” and “neurologic/psychologic performance and gastrointestinal functions.” Similar results have been reported in more recent studies. The benefits of goji berries include:

However, “the more, the better” doesn’t apply to goji berries. A serving shouldn’t exceed 20-30 grams a day. Over-consumption can result in diarrhea. If you have a cold, you should also avoid eating goji berries.

Black sesame seeds are an excellent source of minerals, such as copper, manganese, magnesium, calcium, phosphorus, iron, and zinc. Copper in black sesame seeds can reduce the pain and swelling associated with rheumatoid arthritis; magnesium and calcium are important in regulating blood pressure and preventing migraines.

Black sesame seeds are also rich in B vitamins, vitamin E, and dietary fiber. Deficiency in B vitamins and iron can result in hearing loss and premature graying of hair. Vitamin E in sesame seeds has the effect of delaying aging and nourishing the skin. The two unique compounds found in sesame seeds — sesamin and sesamolin — have been shown to be able to lower cholesterol levels. Sesamin can also protect the liver from oxidative damage.

Mushrooms have some of the most effective natural medicines contained within them on the planet. According to Paul Stamets — a world-renowned mycologist — there are 140,000 species of mushroom-forming fungi, of which this science is familiar with only 10 percent. There are about 100 species of mushrooms that are currently being studied for their health benefits, with half a dozen standing out with their remarkable ability to boost the immune system.

Because mushrooms absorb and concentrate whatever they grow in, it’s important to know where they were grown, as some mushrooms have been known to have high concentrations of heavy metals, as well as air and water pollutants.

As a defense against a bacterial invasion, mushrooms have developed strong antibiotics, which are also effective for humans. Penicillin, streptomycin, and tetracycline all come from fungal extracts. Below is just one example of how mushrooms can help with your health:

Tremella Mushroom (tremella fuciformis), also known as Silver Ear Mushroom, is used in Asia as qi and immune tonic. In traditional Chinese medicine, Tremella mushrooms are highly prized and used as a youthful skin tonic for a healthier-looking complexion.

Imperial Concubine, Yang Guifei (719-756), is considered to be the most beautiful woman in Chinese history. When she was asked what was her secret to her beauty? She replied: “Tremella mushroom.”

Traditional Chinese medicine also uses the mushroom in cough syrups for treating chronic tracheitis, and other cough-related conditions. Tremella mushrooms have over 70 percent dietary fibers, and are rich in vitamin D. Modern research has indicated that tremella medicinal mushrooms are useful for:

Studies have shown that tremella mushroom is rich in protein, carbohydrates, fat, and crude fiber, and it has a variety of salts and vitamins as well as containing 18 kinds of amino acids. According to traditional Chinese medicine, the tremella mushroom nourishes the lungs, stomach, and kidneys, will strengthen your bones, helps to maintain an ideal weight, and will help keep your skin smooth.