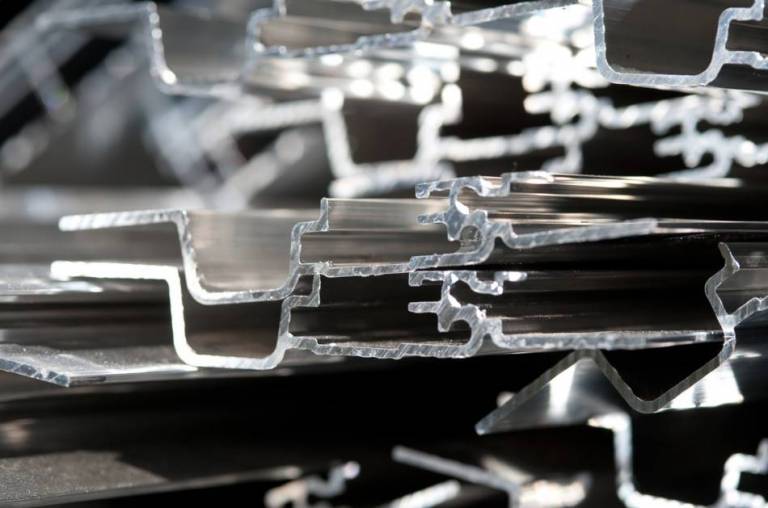 The modern method for the production of aluminum was developed in 1886, so aluminum artifacts older than that are shocking to discover. (Image: Sportmoments via Dreamstime)

While lighting a fire, a resident of Vladivostok found a rail-shaped piece of metal, which was later shown to be an aluminum artifact, that was pressed into a piece of coal. The resident took it to scientists of the Primorye region, which after being studied by leading experts was found to be 300 million years old. The scientists said that it was not created by nature, suggesting it was manufactured by someone.

Finding strange artifacts in coal is not as uncommon as you may think.

In 1851, workers in a Massachusetts mine extracted a zinc silver encrusted vase, which was dated to be 500 million years old.

In 1912, American scientists from Oklahoma found an iron pot that was dated to be 312 million years old.

In 1974, an aluminum assembly part of a hammer or a support leg of an aircraft was found in a sandstone quarry in Romania. It has been dated to be at least 20,000 years old.

These discoveries are just a few of the many finds over the years.

Here is a video on 6 unexplained historical artifacts:

Back to Russia, the metal object found by the Vladivostok resident was delivered to Primorye from the Chernogorodskiy mines of the Khakassia region. The coal deposits of this region date back 300 million years, so Russian experts believe the object must be of the same age.

When the metal object was removed from all of its coal by geologists, it was found to be unusually light and soft. It consisted of 98 percent aluminum and 2 percent magnesium, and was 2.75 inches long.

Because it was nearly pure aluminum, and pure aluminum is very rarely found in nature, scientists believe that this aluminum artifact was created artificially.

On the other hand, when it became clear that the object was made from an aluminum-magnesium alloy, experts quickly found an answer to the question of how an aluminum artifact could withstand the ravages of time so well. The scientists explained that pure aluminum is prone to oxidization, which contributes to the creation of a special layer protecting it from further corrosion. As a result, the aluminum artifact made 98 percent from aluminum can endure not only high pressure but also heat and other severe natural conditions, answering the question of how the metal could withstand the ravages of time so well, reported The Voice Of Russia.

This is a video of the world’s 10 strangest out-of-place artifacts:

The article went on to say, another question that interests Russian scientists is whether the aluminum alloy is of Earthly origin. It is known from the study of meteorites that there exists extra-terrestrial aluminum-26, which subsequently breaks down to magnesium-26. The presence of 2 percent magnesium in the alloy might well point to an alien origin of the aluminum detail. Nonetheless, further testing is needed to confirm this hypothesis.

There are many things we have found throughout the years, and many mainstream media do not report on them. I’m not sure why, but it’s not hard to research. Just be careful of all the fake stories.