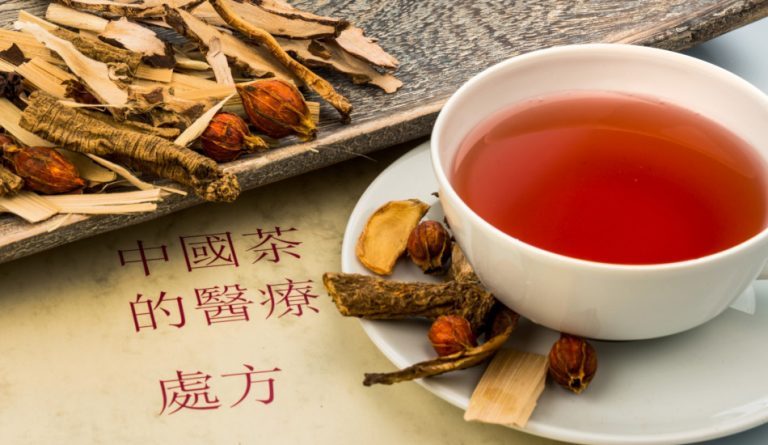 Most common ailments can be effectively treated with traditional Chinese medicine. (Image: Ginasanders via Dreamstime)

Headaches and migraines are the most common neurological conditions in the developed world. More than 45 million U.S. citizens suffer from chronic headaches each year, according to statistics cited by the Pacific College of Oriental Medicine.

Analgesics are used to treat all types of headaches and there are a few types of migraine-specific medications as well. Short-term use does provide temporary relief. Long-term use, however, can lead to secondary effects — such as nausea, heartburn, liver stress, and “rebound” headaches — according to the Oxford Medical Dictionary, the American Family Physician, and other medical publications.

Herbs serve to calm the liver, dispel pathogens, and unblock meridians. The types of herbs used depend on whether a headache is caused by external or internal influences.

External influences include environmental factors, such as wind, resulting in pressure to the sinuses and disturbing the flow of blood and qi to the head. Internal influences are caused by the internal imbalance of liver yin and yang qi. Traditional Chinese medicine also classifies symptoms into hot and cold. Acupuncture can also be used. The pain is frequently relieved within minutes.

In the course of a year, individuals in the United States suffer 1 billion colds combined. Globally, the numbers and impacts are larger.

In conventional medicine, rest and fluid intake are prescribed, along with cold remedies, including decongestants and antihistamines. These remedies do not cure a common cold, but rather alleviate the symptoms.

In traditional Chinese medicine, plant-based medicines are used to induce sweating. It seeks to expel the pathogens through the sweat.

Pungent herbs target the lungs and are used to generate sweat and direct and vitalize the qi and blood. Pungent herbs are one of the five tastes used to classify Chinese herbs. The other tastes are sweet, sour, bitter, and salty.

Depending on the patient’s symptoms, the TCM doctor will observe the warm or cold patterns of their illness and prescribe the herbs accordingly. Warm and cold patterns, in the context of TCM, refer to the yin and yang aspects of a disease, and do not necessarily refer to the environment.

There are 48 million cases of food poisoning in the United States every year.

Conventional medicine treats food poisoning with rest and hydration to prevent fluid and electrolyte loss through vomiting and diarrhea.

In TCM, acupuncture is also used. Acupuncture treatments are aimed at draining the dampness and heat from the intestines to remove the pathogen, while simultaneously calming the stomach to stop nausea and vomiting. After the acute symptoms subside, treatments are focused on strengthening the digestive system and improving energy levels to bring about a full recovery.

About 37,000 ankle sprains happen in the United States per day, according to Orthopedics International. Ankle sprains occur when the foot twists, rolls, or turns beyond its normal range of motion.

The most common form of treatment prescribed for common ankle sprains is RICE [Rest, Ice, Compression, Elevation]. In the first two days, in the acute phase, this treatment is applied to reduce swelling, decrease pain, decrease blood flow, and decrease inflammation.

In TCM, during the initial stages of an ankle sprain, a topical herb called San Huang San is used to reduce inflammation and break up blood stasis; this is the start of restoring the free flow of blood and qi.

Pressure and gentle massage are applied to the points above and below the injury. This will result in pain, but the principle behind this is that it encourages movement and stimulates circulation.

Bleeding and cupping the injured area with a sterile needle removes stagnant blood and fluids, thus breaking the stagnation of qi and blood. Heat is applied in the later stages, which is used to disperse any remaining pockets of congealed blood and further stimulate blood circulation.

The above is a guide only. Care and advice should be sought when performing any form of treatment. Consult your TCM doctor or acupuncturist for a detailed and tailored treatment and management plan.