Folktale: The Idiot and the Rich Man 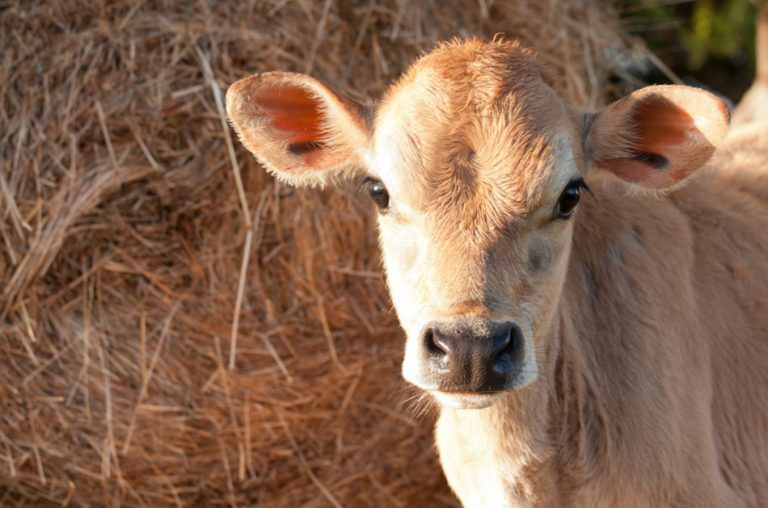 A stingy rich man goes back on his promise to give Idiot Zhang a cow in exchange for a year's labor. (Image: Stephen Denness via Dreamstime)

There is a folktale about how in ancient times there was a rich man who was cunning and stingy. One day, he hired a long-term laborer named Idiot Zhang. Though Zhang had such a name, he was really very smart. He calmly accepted being bullied or swindled, and would never do things to harm others. At the beginning of the year, the rich man promised to give Idiot a cow for a year’s worth of work by year‘s end. Idiot worked diligently all year. But in the end, the rich man simply gave him a bottle of oil.

Idiot turned to his employer and asked: “Didn’t you promise to give me a cow? Why did you only give me a bottle of oil?” The rich man stared at him and said with anger: “I certainly promised to give you a bottle of oil, not a cow.” Idiot didn’t argue with him. He just accepted the oil and left peacefully.

Idiot is honored as ‘Big Donor’

Upon seeing Idiot coming back without the oil, the rich man was confused and asked: “Where have you been, and what has happened to the oil I just gave you?” Idiot replied peacefully: “I just donated it to the temple, and was honored as ‘Big Donor.’” The rich man burst into laughter and said with a grin: “Shame on you! I donate a cartload of oil to the temple every year, but I was only honored as ‘Small Donor.’ You donate just one bottle of oil to the temple, and are honored as ‘Big Donor?’” He shook his head in doubt.

Idiot said: “It’s true. As soon as I arrived at the entrance to the temple, I heard people inside saying: “‘Big Donor’ is coming! Let’s make a fine cup of tea for him.”

After hearing that, the rich man finally came to believe what Idiot said. He remembered how he encountered a similar reaction at the same temple. He always heard people saying: “‘Small Donor’ is coming! Let’s make a cup of tea for him.” He thought to himself that the monks in the temple were ridiculous — the one who donates a cartload of oil every year is honored as “Small Donor,” while the other, who donated a bottle of oil, was honored as “Big Donor.” He decided to go and have a word with the monks.

The rich man visits the temple

The rich man rushed to the temple with great anger only to find the senior monk waiting for him at the entrance with a smile, stroking his white beard. He quietly ushered the rich man into the hall and offered him a cup of tea. The rich man was too agitated to drink any tea. Seeing this, the senior monk said: “Please close your eyes, and let me help you relax.”

The rich man looked at the senior monk with disdain. He thought to himself: “Let me see what tricks you are going to play on me!”

As soon as the senior monk pointed at the point between the rich man’s eyebrows, the rich man saw a gorgeous mansion surrounded by a vast expanse of farmland. With many uniformed servants around, an elegant man in a gorgeous robe was sitting in a magnificent grand hall, and the man turned out to be Idiot.

The rich man was dumbfounded. He was then ushered into a small room in a corner of the mansion. There, he saw a skinny blind donkey with his own name on its back, being beaten by the laborer with a whip. He was terrified. He opened his eyes and asked the senior monk for an explanation.

The senior monk said: “After death, humans are subject to reincarnation, and your next life is completely determined by what you have done in this life. The scene you have seen just now is simply the next lives of you and Idiot. Because you made money by hook or by crook and lived without mercy or compassion, you are going to reincarnate into a skinny, blind, millstone pulling donkey, constantly whipped and abused.”

“Why will Idiot be so wealthy and successful,” the rich man asked. The senior monk replied: “Though Idiot is simply a laborer in this life, he has accumulated a lot of virtue by enduring hardships and taking losses lightly. Idiot only donated a bottle of oil, but that was his wage after he toiled the whole year. Though you have donated a cartload of oil, that was only a small portion of the wealth you gained through deceit. To call you ‘Small Donor’ is already an overstatement.”

The rich man was terrified and asked: “Is there any way that I can change my fate?” The senior monk said with a smile: “Accumulate virtue and do more good deeds. With virtue, you will gain something in the next lifetime, if not in this life.”

The rich man thus hurried back home and gave Idiot a cow and a bottle of oil as an apology. That night, the rich man dreamed of the skinny blind donkey with his name on its back pulling the millstone strenuously, but without the laborer beating it with a whip. After waking up, he felt refreshed. He then swore to fix his mistakes completely, so as to live up to the senior monk’s expectations.

Before long, the rich man became a well-known philanthropist who was highly regarded by people from all walks of life. Since then, the folktale of “Small Donor” and “Big Donor” has been passed down through history.