Teaware Is One of Ancient China’s Greatest Inventions 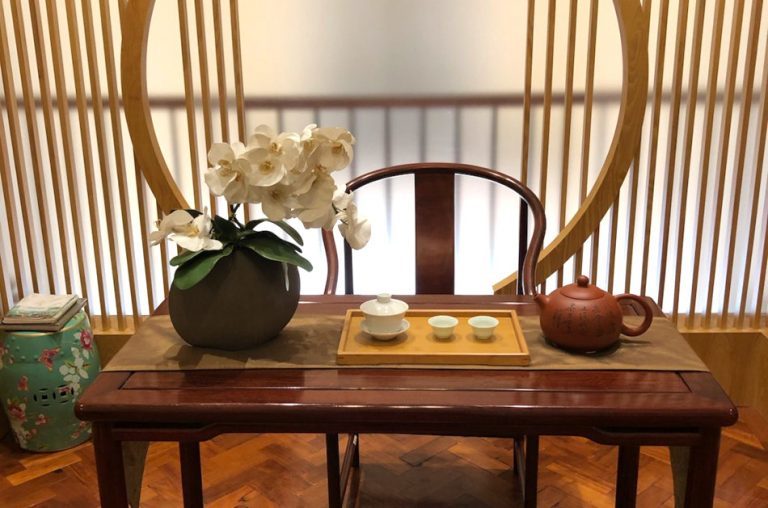 When speaking of ancient China and inventions, teaware would certainly be near the top of the list. (Image: Monica Song / Nspirement)

When speaking of ancient China and inventions, teaware would certainly be near the top of the list. Teaware, like tea drinking customs, was developed out of the needs, tastes, and trends of people at different times.

In order to be able to appreciate teaware — or any works of art — we need to first understand some of its history so that when we look at any particular piece, we will know where it fits into the evolution of things, and we will be able to appraise it in the correct context.

What seems old and unattractive today may have been a state-of-the-art and fashionable product back when it was produced!

Teaware during the different dynasties

The Tang Dynasty was a powerful and prosperous period in Chinese history. Its economic affluence and the flowering of cultural life provided the essential conditions for the development of tea culture.

The custom of tea drinking spread rapidly northward from the southern parts of China and even reached frontier regions during this dynasty. The imperial court of the Tang Dynasty held all matters associated with tea drinking in high regard.

The most influential factor that contributed to the establishment of Chinese tea culture during this period was the famous treatise The Classic of Tea, composed by Lu Yu (active c. 760-800) in the mid-8th century.

In the latter part of the Tang Dynasty, various hard white wares similar to porcelain became common in the north. They came to include both Xing ware — named in The Classic of Tea — and Ding ware.

The variety of ewer forms elsewhere was further shown in a special group of stoneware from the Changsha region of Hunan Province, which showed an important historical development in the techniques of painted designs on ceramics.

By the Song Dynasty, Chinese tea culture had already taken a firm footing as tea became a national drink and was enjoyed across all social strata.

The thriving development of ceramic production in the Song Dynasty gave rise to wares of the Five Classic Kilns — Ru, Ding, Guan, Jun, and Ge. Apart from these highly celebrated kilns, a large number of kilns each producing teaware with their own distinct regional characteristics existed during this period. These included Yaozhou and Cizhou ware in northern China, in addition to Yue, Jian, Jizhou, and Longquan ware in southern China.

The thick, creamy texture and subtle color of the emerald-like blue glaze became the hallmark of the exquisite quality of Song celadons. The refined white porcelain exemplified by Ding ware of the period was cherished for its lustrous white glaze that bears a yellowish hue.

The manufacture of black-glazed ware climaxed in the Song Dynasty, which was a dominant period, especially for the use of dark brown tea bowls in tea-making contests. Various kinds of black-glazed tea vessels were noted for their mottled glazes and decorations, such as oil drops and hare’s-fur makings.

The emergence of teapots for steeping loose tea leaves was one of the main features of tea vessels during the Ming Dynasty.

The literati of the Ming Dynasty not only held tea drinking in high regard as an integral means of refining one’s temperament but also enjoyed tea gatherings with friends who shared the same ideals.

As a matter of fact, the teapot was a 16th-century invention that resulted from the emergence of the steeping method for preparing tea.

Earlier on, teapots were generally quite large, but they gradually became smaller as people realized that a smaller size provided the advantage of retaining the aroma of tea and preventing it from turning bitter due to over-steeping. Steeping the tea in a smaller pot would not dissipate the fragrance nor impede the release of the flavor.

Valuable metals were employed in the making of teapots, but people soon discovered that those made of ceramic were ideal for tea preparation. The obvious distinctions in the raw materials used in the making of porcelain and purple clay teaware would bring out different sensations of enjoyment in brewing and savoring tea.

The porcelain teawares of the Qing Dynasty were decorated in varied glazes. The palette of glazes applied to Wucai ware was further enriched with the addition of blue and black. During the Kangxi period, potters produced opaque enamelware using imported enamels, which were glassy substances in powdered form.

For export teaware, the extensive application of gilt decorations on ceramics in the Qing Dynasty made this flamboyant porcelain teaware even more sumptuous.

The ceramic production of the Qing Dynasty reached its maturity during the Qianlong period. At that time, the most outstanding kilns were located at Jingdezhen of Jiangxi Province and Yixing of Jiangsu Province, respectively. Their refined porcelains and purple clayware garnered the same fame and marked unprecedented achievements in ceramic teaware of the Qing period.