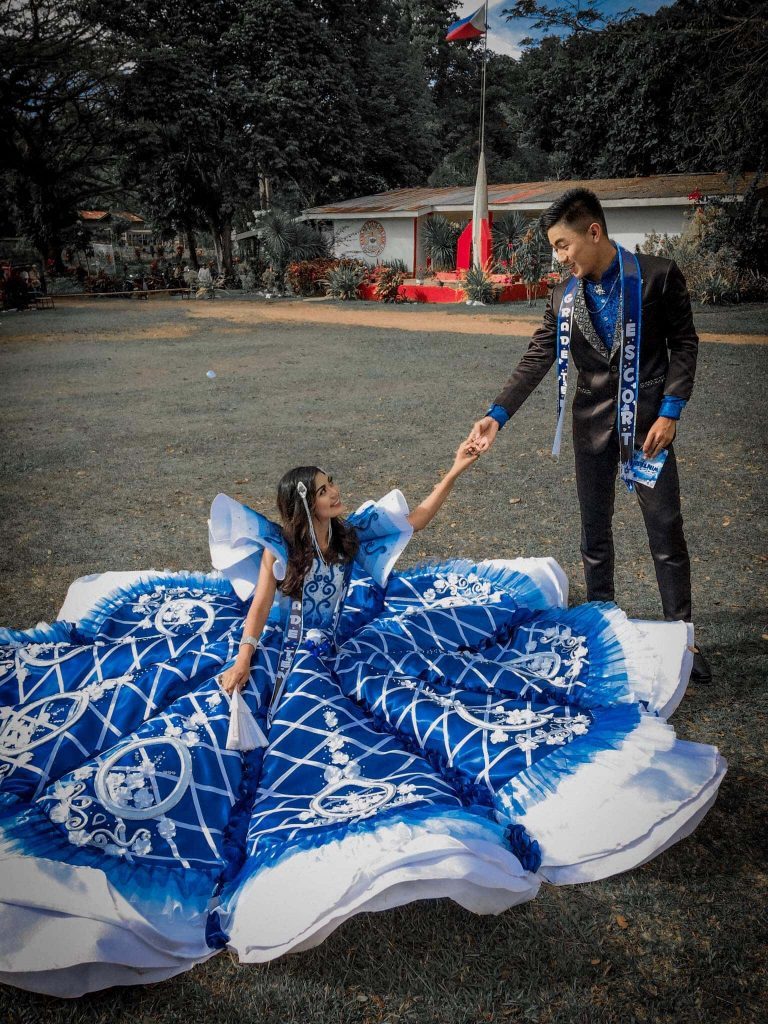 There are many instances of siblings going out of their way to make the other one feel better or happy. However, this brother did something out of the ordinary that made his sister extremely happy — he created a prom dress for her.

The boy’s sister was planning to attend her high school prom, but she did not have any apt attire for the special event. However, she had no idea that her brother would do something unexpected to fulfill her dream. He designed and stitched her a prom dress!

Labor of love: a prom dress for his sister

Maverick Francisco Oyao, who is a college student hailing from Zamboanga City in the Philippines, gave his sister, Lu Asey Francisco Oyao, her dream dress for the prom. Their parents were not in a position to afford such a lavish dress, but he realized that his determination would make his sister happy.

Maverick admitted at the beginning that he was doubtful, but the result was amazing. He posted: “The untold story of a loving [elder brother]. I didn’t expect that I could do this on time. I even doubted myself if I can do this or not because the concept is different from what is already being done. But God is really good. He did not abandon me.”

Maverick had not attempted making such a dress before and so it was natural for him to feel nervous at the beginning. However, he made good use of web resources.

“I browse on YouTube and Google on different types of ball dresses especially Michael Cinco’s Spring and Summer Collection, and start conceptualizing,” said Maverick. Then he sketched his design and chose white and blue as primary colors for the dress.

Maverick, a student of arts and culture, took some time to design the enticing prom dress and the outcome was truly a labor of love.

He made a royal-blue fabric skirt and then put white satin ribbons using a criss-cross design. He also added white plastic flowers in a scattered pattern to enhance the appeal of the dress. He also added butterfly sleeves to give the attire a fairytale look.

He wrote: “I’ve done my part very well as your supportive brother and I will never get tired of supporting you, that’s your brother’s promise to you. I hope I make you happy this Valentine’s Day. Even though we didn’t get your wish for the best dress but me it was the best dress and the best because you are wearing it. Your brother loves you so much.” As he posted it on Facebook, it went viral with 74,000 shares and over 92,000 likes.

Maverick’s creation made good use of platforms like Google and YouTube. He also got a lot of inspiration and ideas from Filipino fashion designer Michael Cinco. The latter is known for making amazing attire for stars and icons like Rihanna, Britney Spears, and Beyonce.

The Facebook community extended helping hands and users supplied the materials for the grandiose dress. Facebook users who followed his journey from beginning to end were also full of admiration and praise for the brother’s handcrafted prom dress for his sister.

Eddie Confetti, one such user following the young man, said he has a lot of talent and he should utilize that in the right way. Another user, Carina Lynn, wrote this was the most intricate and stunningly beautiful dress she had ever seen. Maverick thanked everyone for their support.