Volcanism Drove Rapid Ocean Deoxygenation During the Time of the Dinosaurs 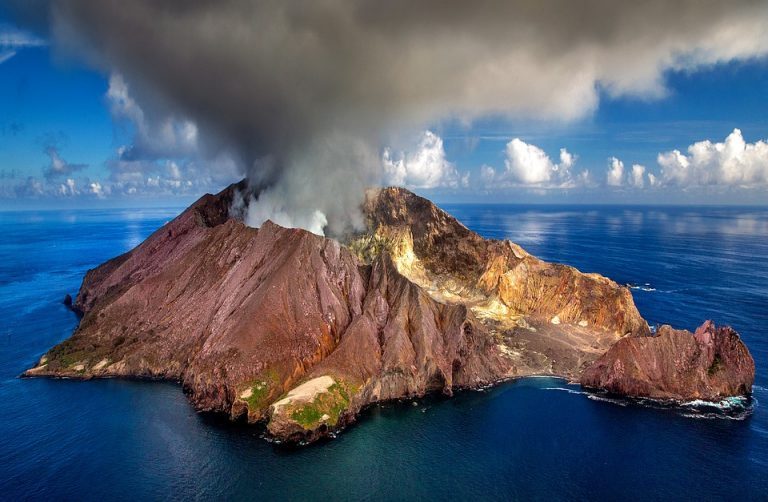 Ocean deoxygenation during the Mesozoic Era was much more rapid than previous thought, with CO2 induced environmental warming creating ocean ‘dead zones’ over timescales of only tens of thousands of years. (Image: Julius Silver via Pixabay)

Ocean deoxygenation from volcanism during the Mesozoic Era was much more rapid than previously thought, with CO2-induced environmental warming creating ocean “dead zones” over timescales of only tens of thousands of years.

The research from the University of British Columbia (UBC) and University of Hong Kong (HKU) Earth scientists paints a new picture of severe ocean deoxygenation events in our planet’s geologic history caused by volcanism. Lead researcher Dr. Kohen Bauer, who began the work while at UBC and completed the study with HKU’s Department of Earth Sciences, said:

“The same mechanisms are also critically important drivers of modern ocean deoxygenation and expanding marine dead zones. Today, in addition to volcanoes releasing CO2 into the atmosphere, humans are as well.”

Previous research tended to focus on the role ocean nutrient cycles played in causing so-called “dead zones” — a process that would have driven ocean deoxygenation over much longer timescales of hundreds of thousands of years. However, it’s now clear that massive volcanism and its associated feedback were a more direct trigger for the rapid development of oceanic anoxia.

The research delved into the causes of Oceanic Anoxic Event 1a — an interval 120 million years ago when large swaths of Earth’s oceans became anoxic. Those conditions likely persisted for almost a million years, causing climate perturbations and biotic turnover.

The scientists reconstructed the period’s environmental conditions using novel geochemical methods and ancient sediments deposited in both the paleo-Tethys and paleo-Pacific oceans. UBC’s Dr. Sean Crowe, author of the paper and Canada Research Chair in Geomicrobiology with UBC’s departments of Microbiology and Immunology, and Earth, Ocean, and Atmospheric Sciences, said:

“Mesozoic oceanic anoxic events are some of the most important analogs for unlocking lessons about warm-Earth climate states in the geological record.

“These events provide enormous potential to help us better understand the sensitivity of the Earth system to perturbations in global biogeochemical cycles, marine biology, and climate on timescales relevant to humankind.”

The paper was published in the journal Geology.