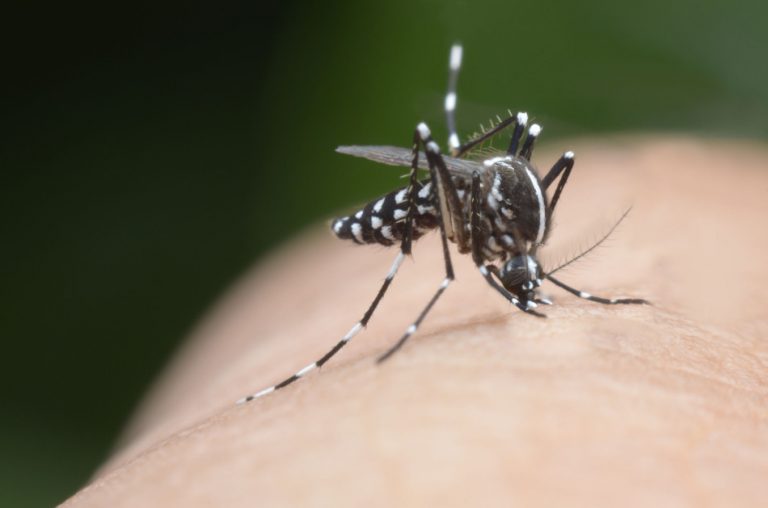 Are genetically modified mosquitoes a good idea or not? (Image: Chakkrachai Nicharat via Dreamstime)

Are genetically modified mosquitoes a good idea or not? This question has been going on for a long time. The British-based company Oxitec is waiting for FDA approval to be able to release them in the U.S.

The mosquitoes have a modified gene that kills their young before they can fly.

Only female mosquitoes bite, so the aim is to release only modified males.

These males will then breed with wild females; the next generation will then start reducing considerably. Oxitec has said that all females will be removed before release. “Since the offspring with the altered DNA die before they are old enough to fly, there should be no way of getting bit by a genetically engineered female.” Oxitec states “that in the very unlikely scenario that a mutated female bites and their DNA does enter the human bloodstream, there’s no indication that it would cause any adverse effects. The mutated gene may be lethal to mosquitoes, but it has been shown so far to be harmless in lab animals,” reported IFLSCIENCE.

GM education has been looking into the GM mosquito program, and some interesting claims are made. Oxitec argues that its insects are “biologically contained,” as they are programmed to die, and so the usual rules for open releases of GMOs do not apply. GM education goes on to say that, incredibly, this argument has been used to bypass regulations in the Cayman Islands, Brazil, and Malaysia. Now, Oxitec is planning more releases in Brazil, and they want to add Panama, India, Singapore, Thailand, Vietnam, the Philippines, Costa Rica, Trinidad and Tobago, and Florida to its portfolio.

Scientists at the Max Planck Institute in Germany have concerns about the science behind genetically modified mosquitoes. They have said that there are “deficits in the scientific quality of regulatory documents, and a general absence of accurate experimental descriptions available before releases start.”

Oxitec says it has used genetic engineering to reduce the ability of the dengue fever-carrying Aedes aegypti mosquito to reproduce. Altered males are fed the antibiotic tetracycline in the lab and then introduced into the wild, where they mate with wild females. Their offspring need tetracycline to develop, but are supposed to be unable to find it and so they die, thereby reducing the population.

It is an approach that critics believe is deeply flawed, reported GM education. Dr. Helen Wallace from GeneWatch UK points out a confidential Oxitec document with data showing 15 percent of the GM mosquitoes’ offspring will survive with low levels of tetracycline in the environment, because antibiotics are widely used in agriculture and are present in sewage, as well as in industrially farmed chickens and other meat.

Watch this video for more information on the US release:

There is a petition calling for more research to be done, and it goes on to say that nearly all experiments with genetically modified crops have eventually resulted in unintended consequences: superweeds more resistant to herbicides, mutated and resistant insects, and also collateral damage to ecosystems.

The benefits are clear, but what will the impact be? We need to understand more of the possible impacts on the environment. I for one don’t like the idea.