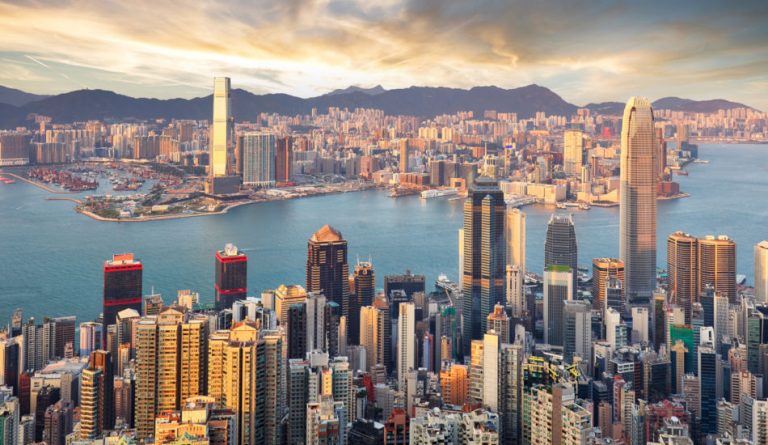 The departure of media veteran Steve Vines from Hong Kong is being viewed as yet another death knell in the thorough destruction of the city's press freedom. (Image: Tomas1111 via Dreamstime)

Media veteran Steve Vines recently left Hong Kong without notice for the U.K. Under the new Hong Kong National Security Law, Vines believes that Hong Kong is no longer free, and sees a crisis situation growing in the once vibrant and energetic city.

Well-known for his acclaimed work in the media, Vines has contributed articles to a variety of outlets, including The Guardian, The Wall Street Journal Asia, Daily Mail, BBC, ABC, and The Voice of Germany. He’s also responsible for helping launch newspapers and magazines, including Eastern Express in 1994 and Spike Magazine in 2004. Vines has also won many awards, including four Human Rights Press Awards (2002, 2003, 2005, and 2015) and one SOPA (The Society of Publishers in Asia) Award of Excellence in Opinion Writing in 2015.

Vines’ leaving Hong Kong made international news, and was reported by outlets such as Reuters, British Newspaper The Times, and La Croix (a daily French newspaper). His departure is being viewed as yet another death knell in the thorough destruction of Hong Kong’s press freedom.

Vines said he still remembers the day in 1987 when he first arrived in Hong Kong. In a recent Stand News interview, Vines recalls walking through the noisy arrival hall at Kai Tak Airport and being surprised to see many students there doing their homework. He was struck by their ability to concentrate so well that they could block out the loud noise and hustle and bustle all around them. Vines later learned that students went there to study so they could escape their cramped and sweltering home living conditions. This was his first insight into the resilience and adaptability of the Hong Kong people, and an example of their ability to overcome adversity.

After living in Hong Kong for 34 years, Steve Vines believed that Hong Kong was a resilient city. No matter how significant the setbacks it suffered, it could always bounce back from the bottom, so long as the people worked hard and never gave up.

Perhaps one of the biggest hardships the city endured was the United Kingdom’s transfer of Hong Kong’s sovereignty to China. With the transfer, China’s officials claimed: “The Hong Kong people have been under British control for too long, and their thinking has been poisoned.” However, Vines believes it’s more accurate to say that the Chinese official’s thinking has been stained by the Communist Party.

In July 2020, with the enforcement of the National Security Law, Hong Kong was dealt another blow. But Vines still believed Hong Kong could keep forging ahead. He said: “At that time, if someone asked me whether I could leave Hong Kong, I would say that was a ridiculous idea.”

Steve Vines comes to realize he has to leave Hong Kong

However, after working in Radio Television Hong Kong (RTHK) every day, Steve Vines gradually came to realize some crazy things were now taking place. For example, many programs were being removed from social media by management, interns were being asked to make a pledge to be loyal to the Chinese government, many popular programs were suspended, members of the production team were changed, and media veterans were being replaced or fired. Vines said: “It seems like I’m fighting battles every day. How can I work at such a place? I am too depressed.”

Steve Vines also started receiving warnings from the pro-Beijing camp, telling him to be careful, as he may experience terrible results for persisting in his work. He also feared that the amended Immigration Ordinance enacted on August 1, 2021, would make it impossible for him to leave Hong Kong. But what frightened him most was that Lu Feng, the former English edition Apple Daily Executive Director, was arrested while leaving HK for Britain and accused of violating the National Security Law. Vines was also a writer for Apple Daily, and Lu was his editor.

On July 20, Vines made the difficult decision to do something he never thought he would do – he boarded a plane and left Hong Kong for good.

For safety reasons, before leaving, he, just like many others who have fled Hong Kong, did not tell anyone. Uncertain of whether or not he would make it out of Hong Kong, Vines put the contact information of three different lawyers in his pocket. He thought that if he was apprehended, he could inform one of the lawyers immediately of his situation. As he was checking in for his flight, Vines said that he saw many Hong Kong people, but they no longer smile.

Steve Vines has many concerns about the situation in Hong Kong, including the disbanding of the Teachers’ Union, national security eye on activities of Trade Unions, and the Civil Human Rights Front. Of particular concern is Carrie Lam’s announcement that Radio Television Hong Kong would establish a partnership with CCTV to broadcast mainland China’s programs.

With its significant global position, some believe that Hong Kong’s status as an international financial center is irreplaceable. But Vines pointed out that Lebanon had also once been a global financial center, and many had believed that it was too big to fail. However, the civil war in 1975 destroyed the city, and its business naturally moved to other countries. Vines believes that if Hong Kong goes down, Shanghai and Shenzhen will replace it right away.

Nevertheless, Steve Vines holds a deep affection for Hong Kong, and the thought of never being able to return is upsetting. “The idea is so terrible that I don’t want to think about it, ever.”