Do We Need to Change the Way We Deal With Our Plastic Waste? 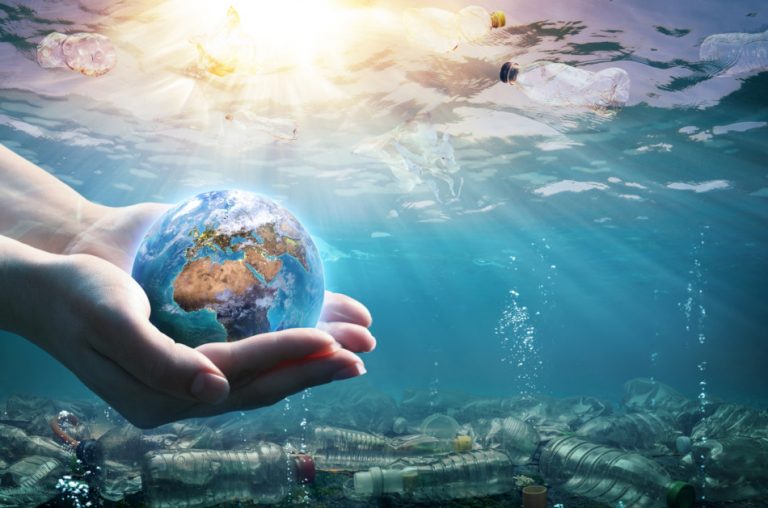 According to researchers, more than 4.8 million metric tons of plastic waste ends up in the oceans each year. (Image: Romolo Tavani via Dreamstime)

It is hard to believe that we have to talk about the plastic waste that is still going into the world’s oceans. Researchers from the University of California have found that more than 4.8 million metric tons of plastic waste end up in the oceans each year. A metric ton is equivalent to 1,000 kilograms, or 2,205 pounds.

“Using the average density of uncompacted plastic waste, 8 million metric tons, the midpoint of our estimate, would cover an area 34 times the size of Manhattan ankle-deep in plastic waste,” said co-author Roland Geyer, an associate professor at UCSB’s Bren School of Environmental Science & Management. “Eight million metric tons is a vast amount of material by any measure. It is how much plastic was produced worldwide in 1961.”

Watch this video on marine debris:

“Large-scale removal of plastic marine debris is not going to be cost-effective, and quite likely simply unfeasible,” said Geyer. “This means that we need to prevent plastic from entering the oceans in the first place through better waste management, more reuse and recycling, better product design, and material substitution.”

With this knowledge, another team from Plymouth University has traced the number of species that are affected by plastic waste in the oceans. Out of the 44,000 animals and organisms that have been recorded to have been entangled in or swallowed debris, there are nearly 700 species of marine animals.

Seventeen percent of the species were on the threatened or near-threatened IUCN Red List, and plastic made up 92 percent of the cases. The most common places these incidents happened were the east and west coasts of North America, Australia, and Europe, but it is happening around the world.

Here’s a video about how our debris is filling the oceans:

“The impact of debris on marine life is of particular concern, and effects can be wide reaching, with the consequence of ingestion and entanglement considered to be harmful,” said researcher Sarah Gall, co-author of the study published in the Marine Pollution Bulletin. “Reports in the literature began in the 1960s, with fatalities being well documented for birds, turtles, fish, and marine mammals.”

Most of the entanglements were due to netting and plastic rope, mainly affecting northern fulmar, loggerhead and hawksbill turtles, and northern right whales.

Fragments of plastic are the worst substance for ingestion in the oceans.

“We found that all known species of sea turtle, and more than half of all species of marine mammal and seabird, had been affected by marine debris, and that number has risen since the last major study,” Gall said. “And in nearly 80 percent of entanglement cases, this had resulted in direct harm or death.”

The plague of pelagic plastic waste has been going on for decades:

“Encounters with marine debris are of particular concern for species that are recognized to be threatened, and with 17 percent of all species reported in the paper as near threatened, vulnerable, endangered, or critically endangered on the IUCN Red List, it is evident that marine plastic waste may be contributing to the potential for species extinction,” said Professor Richard Thompson, a world-leading expert on microplastics in the marine environment.

With that much plastic waste going into our waterways, we need to immediately change the way we deal with plastics. In many places, plastic bags have been banned. Maybe this needs to happen worldwide. I for one will not be using plastic bags anymore.