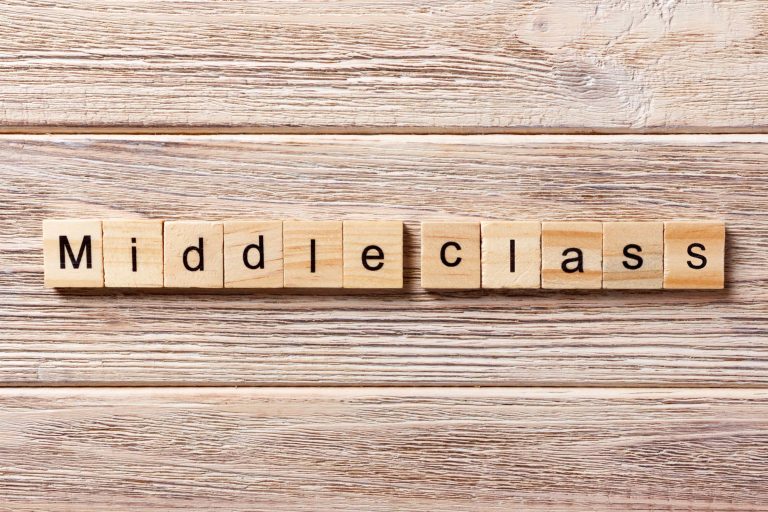 What exactly is the middle class? Who is in it, and who is not? Is it shrinking? What about you—of which income class are you a part? (Image: Mykola Sosiukin via Dreamstime)

The shrinking of the middle class has been frequently cited in articles and public debates. Wages have been stagnant for decades. Families are struggling with financial insecurity. But what is the middle class exactly and is it shrinking? These questions can be difficult to answer, so we are going to start with some data.

Who is losing ground?

If we look at the period from 2000 to 2016, we see that only the income of the upper class has recovered from the previous two economic downturns. In fact, upper-class incomes were the only ones to rise over those 16 years.

Another Pew Research Center analysis also found that the wealth gaps between upper-income families and lower- and middle-income families in 2016 were at the highest levels recorded.

Even as America’s middle class appears not to be shrinking (for now), it continues to fall further behind upper-income households financially, mirroring the long-running rise in income inequality in the U.S. overall.