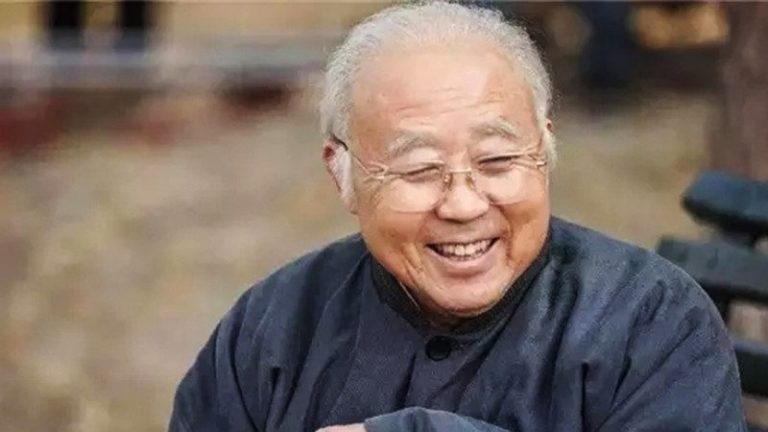 Qi Gong (July 26, 1912-June 30, 2005) was a well-known artist/calligrapher, educator, poet, and great master of Chinese literature. He was a man with multiple talents and many titles, including being a professor at Beijing Normal University and a consultant for the National Museum.

Qi Gong’s ancestor was Emperor Qianlong’s brother; however, he did not have the life of ease and privilege that royalty usually enjoys.

March 5, 1932, was the most important day in young Qi Gong’s life, although he didn’t know it at the time. His mother asked him to go and meet a young girl who had been hired to help with the upcoming annual ancestor worshipping ceremonies. He dutifully brought Zhang Baochen, a petite and pleasant young woman, home as he was asked to, little suspecting that his mother intended her to be his wife.

Seven months later, the 20-year-old Qi Gong followed his mother’s wishes and married 22-year-old Baochen. After the wedding, Baochen brought her younger brother to live with them, despite suffering a great deal under the cruelties of her mother-in-law.

As her mother-in-law’s cruelty increased, so did Baochen’s workload. She did all of the daily household chores and took care of everyone, even when bearing the brunt of their anger. She showed remarkable fortitude and continued to carry out her duties with a smile on her face.

Qi Gong couldn’t believe it, but he had slowly started to fall in love with this plain little woman’s kind and honest heart. She had no education, but she turned out to be his lifelong friend, proving that no amount of knowledge can equal the riches of the spirit.

When Beijing fell to the Japanese in 1937, Qi Gong lost his job as a Chinese teacher and they were in dire financial straits. When he saw Baochen mending the holes in his socks to save money, his heart was filled with sadness. He decided to sell some of his paintings, but he was hesitant to go out into the cold weather.

Baochen told him: “You just paint them and I’ll sell them.” It started to snow as evening fell, and Baochen still hadn’t returned home. He went out to look for her and found her covered in snow, but so excited to tell him: “I sold all of them except two.” He was moved to tears by such loyalty and devotion.

In 1956, Qi Gong’s mother became seriously ill. She held Baochen’s hand on her death bed and declared: “I have only one son, but you are like my own daughter.” When his mother died, Qi Gong realized how hard Baochen had worked to take care of them both, so he sat Baochen in a chair and kowtowed to her, saying: “It is enough for anyone to have such a confidante in life.”

Qi Gong was classified as a rightist during the Cultural Revolution

After weathering these storms of suffering, there was even worse to come. In 1957, Qi Gong was classified as “a rightist,” but Baochen continued to stand by his side. In the 1970s during the Cultural Revolution, Qi Gong was forbidden to read or write. Baochen continued to encourage his work, and she would stand as a lookout at the front door while he practiced calligraphy, watching out for the red guards.

Baochen became seriously ill in 1975, and told Qi Gong that she had saved many of his paintings and writings by burying them in the backyard. He found four big bags of his early works buried there. He lamented: “To have a bosom buddy like this, one is sufficient in a lifetime.”

A good friend heard of her wish and moved out of his house, inviting them to enjoy their own space for a time. Qi Gong spent the day cleaning the house and wanted to bring Baochen there that evening.

She died before the day was out, and never got to have her last wish.

After Baochen’s death, Qi Gong lived alone for another 20 years. The poems that he wrote were filled with yearning and sorrow for the kind and brave woman he loved with all his heart.

Qi Gong’s most painful regret was that they never had a chance to go on holidays to the mountains or by a river, for they lived most of their lives under tremendous hardship. He eventually sold his lifelong work for 2 million yuan, donating the entire sum to the Beijing Normal University. He said: “When my wife was alive, I had no money to give her a good life. Now that she’s gone, what do I want so much money for?”

On June 30, 2005, at the age of 93, Qi Gong finally left this world. His love for Baochen never wavered, even after death — his last wish was for his ashes to be buried with hers.

Translated research by Ying Ming and edited by Kathy