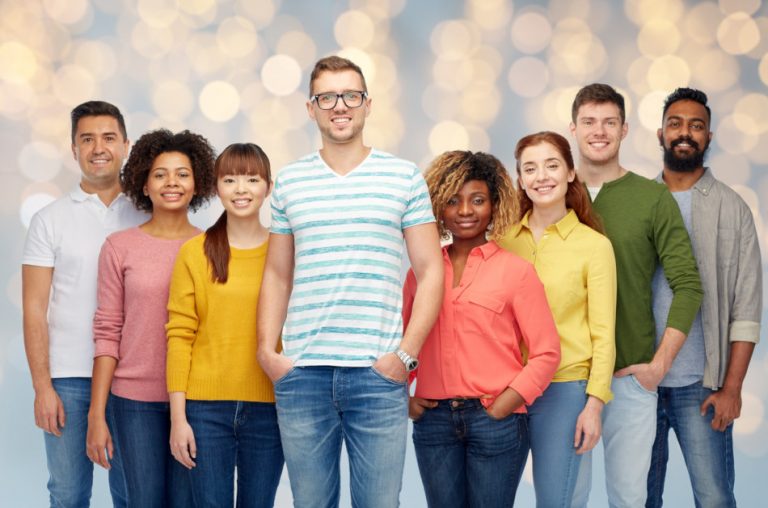 Just what is it that makes people consider themselves to be happy? (Image: Syda Productions via Dreamstime)

Happiness is to be in a state of true joy, a moment of being genuinely “happy.”

At the time of writing in 2021, there are close to 8 billion people living in the world according to the WorldOMeter.

In March 2021, the BBC reported that Finland ranked as the happiest country in the world. The World Happiness Report, supported by the United Nations, asked 149 countries to rate their happiness. Factoring in the COVID-19 pandemic throughout their studies, the authors state that Finland ranked very highly on the “measures of mutual trust that have helped to protect lives and livelihoods during the pandemic.” According to Johns Hopkins University, Finland as a nation handled its responses to the virus “far better than the majority of Europe.”

In 2018, Ipsos published the “Global Happiness Study.” Sixty-four percent of the world’s people reported being happy. Countries that demonstrated higher figures of happy citizens at the time ranged from Canada to India and Great Britain to Saudi Arabia.

However, in March 2021, The Independent reported that Great Britain saw one of the most significant decreases in happiness, with evaluations falling from 7.16 in 2019 to 6.80 in 2020, in what is considered a ‘significant change’. In addition, researchers described Mental Health as being one of the ‘biggest casualties’ of the COVID-19 pandemic, with citizens of Great Britain being affected on a larger scale.

It has been said that Canada is one of the happiest countries worldwide due to citizens being generally satisfied with life. In addition, issues with racism appear to be generally low in Canada.

In India, frequently celebrated festivities of different communities add to their sense of happiness, and India is perceived as very “colorful.”

In the Arabic world, Saudi Arabia has been listed as the happiest country for consecutive years, although in the Middle East, Israel is listed as the most consistently happy country.

Scientifically, to be happier means to smile more, help others, and sleep more. Simple? Not always! Practicing meditation can bring a sense of happiness and calm; regularly going outside provides fresh air and encourages more exercise, which has also scientifically been found to improve happiness. So, note to self when feeling in a low mood: Get out more!

Several studies even found a connection between caffeine consumption and a reduced risk of depression and an even lower risk for suicide. However, caffeine should only ever be consumed as part of a healthy and balanced overall diet.

Happiness is entirely subjective. What makes one person happy might ultimately affect another person differently.

I recently discovered that the older generation tends to be the happiest, despite some views regarding them as being ‘miserable’. Their general sense of happiness is said to be down to the fact that they appreciate life more after 50 years of age. The older generation is also said to be drawn more toward positivity and can hold on to it for longer.

The Los Angeles Times referenced a study published in the Journal of Clinical Psychiatry in 2016 that looked at a community group of 1,546 adults aged 21-100 years. The study looked at the paradox of the aging process, whereby we lose some faculties but get “happier.”

Laura Carstensen, Ph.D., founding director of the Stanford Center on Longevity has “found evidence that people’s goals and reasoning change as they come to appreciate their mortality and recognize that their time on Earth is finite.” (Los Angeles Times)

It would appear that older people know something about happiness that the rest of us haven’t quite figured out yet!