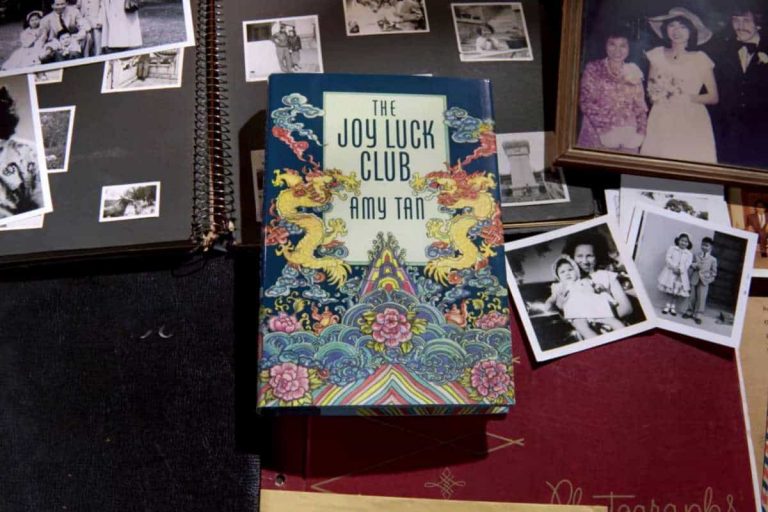 A still from the documentary 'Amy Tan: Unintended Memoir.' (Image: via PBS)

Amy Tan: Unintended Memoir is an exquisite story in the form of Amy Tan’s life made by James Redford, the well-known documentary filmmaker and actor Robert Redford’s son. Being uprooted from the place you have called home for years and beginning life again is hard. It captures the pain and happiness that the author found in her life as a writer and being the child of a strict Chinese mother.

Who is Amy Tan?

Amy Tan was born in February 1952 in Oakland, California. She was born to Chinese immigrant parents John and Daisy Tan. Being born in one culture and being raised in another culture, Amy found it hard to balance the two. Her mother was a crucial part of her life with her strict ideologies and an aloofness that Amy Tan understood years later to be the result of going through the ancient concubinage tradition of China.

John Tan, Daisy’s second husband, was an electrical engineer from Beijing — he fled the country for the U.S.; Daisy later escaped to California and joined him. Daisy left China expecting to send for her three daughters from her first husband in China, but they were trapped once the “bamboo curtain” came down. It was 30 years before she saw them again, and for many years she never spoke of them to her new family.

When Amy was 14, her elder brother died of a brain tumor; within the year, her father was also dead from the same cause. Following this, her mother then moved Amy and her younger brother to Switzerland where they finished their schooling. Being raised by a strict mother, Amy grew up with a very morbid imagination that carried over in her literary works.

In 1989, Amy wrote her first novel The Joy Luck Club, which spoke about the complex relationships parents have with their children when trying to imbibe in them a culture that they never experienced firsthand.

The mother and the daughter

Amy discovered that her grandmother had been raped as a young widow by a merchant who had forced her into concubinage; she killed herself by swallowing raw opium. Her daughter, Daisy — Amy’s mother — was forced into a feudal marriage, but later ran away from her abusive husband, blaming him for the deaths of two of her five children. Leaving her husband without a divorce was a criminal act — let alone leaving him for another man, as she did.

This caused Daisy to become self-destructive and she brought up her daughter on stories of death and punishment. After the death of her husband, she disclosed to Amy the family she left behind in Shanghai. It was then that Amy learned of the horrific past of her mother and understood why she was suicidal. In 1987, she visited China with her mother for the first time.

The documentary is an intimate portrait of the groundbreaking author that interweaves archival imagery, including home movies and personal photographs, animation, and original interviews, to tell the inspiring story of Amy’s life and career.

In the film, the difficult relationship between a mother and a daughter is explored in great lengths. Amy also revisits the time when her mother threatened to kill herself when they were arguing. Daisy wanted her daughter to be independent and not seek happiness from another being.

As a child, it is often difficult to understand why our parents behave in a certain manner. The need for parents to ensure their culture continues in their children while raising them is a road filled with constant battles and phases of sadness mingled with happiness. In her debut novel, Amy took part of her life story and that of her mother to make the story more relatable and it worked.

Being a Chinese-American woman, Amy often had to fight for various rights and often felt lost. One quote from her book The Opposite of Fate: Memories of a Writing Life depicts beautifully the life of a person living two cultures at the same time.

“It’s your own fears that give them the power to chase you.”

The memoir captures the roller coaster ride that the writer had and what encouraged her to pen her thoughts down in such vivid ways. She wrote about her culture and she defended her words against critics calling her stereotypical. The film also explores the works created by Amy from different perspectives, including fellow authors and actors who personified the characters written by her in the adaptation film.