Why Chinese Don’t Help Each Other 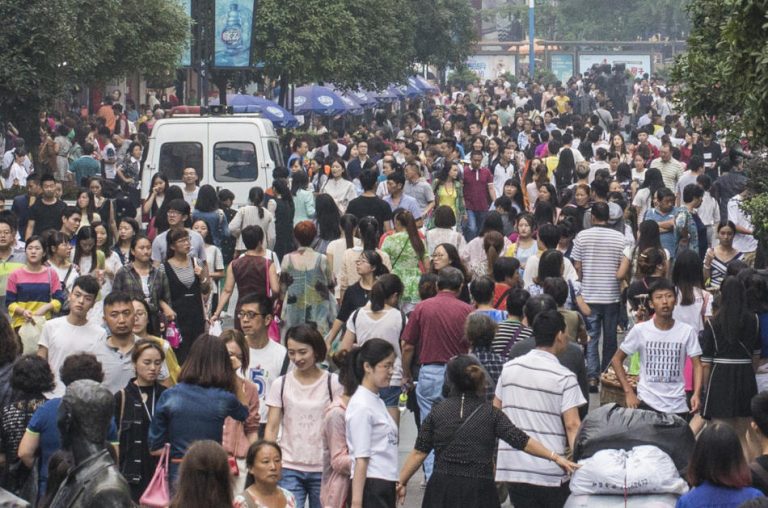 The attitude of modern versus ancient Chinese toward helping those in need offers us a striking contrast. (Image: Monkeyparty420 via Dreamstime)

What’s wrong with the people of China and what’s the reason Chinese don’t help each other? There are far too many examples in China regarding people walking past those in need. Many are lamenting the decline in moral standards that is one of the hallmarks of modern China. Over the 60 years that the Chinese Communist Party has been in power, human kindness has been replaced with money worship. Stories of people dying while being ignored are commonplace. What did the ancients think about helping each other and what are the benefits?

In 2011, Germany’s Chinese language media reported a shocking hit and run. A 2-year-old girl, Yueyue, was run over twice by a van in an alleyway. People walked past the little girl lying injured on the road, with no one stopping to help. Poor Yueyue was run over again by a small truck. The driver saw the prone body lying there and continued on his way, uncaring of this little victim and her need to be rescued. Finally, a female garbage collector picked up little Yueyue and carried her out of harm’s way.

The entire incident was captured on CCTV, shocking all of those who saw it. A heated Internet discussion followed when the story was posted, particularly in countries like Germany, where there are laws to prosecute those who do not provide assistance when someone is in trouble. Western countries don’t understand why the Chinese don’t help each other.

Section 323 of the German Criminal Code stipulates: “Whosoever does not render assistance during accidents or a common danger or emergency although it is necessary and can be expected of him under the circumstances, particularly if it is possible without substantial danger to himself and violation of other important duties shall be liable to imprisonment not exceeding one year or a fine.”

What did the ancients think about offering assistance?

The ancients: those who help others help themselves

In 1760, a man named Lee Fu lived in Wiexan (now Weifang City). Lee Fu was very poor and he had a wife and a 5-year-old son to support. He was offered work in the capital and as the family desperately needed money, Lee Fu left them behind and went to work.

After a year of hard work, Lee Fu had made the enormous sum of 20 taels of silver. He started the long journey back home, eager to share his good fortune with his family. On a cold night, he entered a small village. Needing to find shelter, he knocked on the door of one of the small homes. An old lady answered the door and invited him in, where he saw a sick child. The old lady was his grandmother. She offered Lee Fu some food from their meager store and a bed that was covered in ragged blankets. She told him that they were the poorest family in the village.

The little boy was critically ill and the grandmother shared with Lee Fu that the ginseng medicine prescribed by the doctor was beyond their means at two taels of silver.

Lee was so worried about the family that he immediately gave the grandmother the money she needed to heal her grandson.

Upon finally reaching his home, Lee Fu found that his own son was gravely ill and his wife was worried that he would die. His wife told him that his son had had a dream of an old woman giving him ginseng soup to eat and that the soup had healed his sickness.

Lee Fu found the coincidence exceedingly strange. After careful checking, he realized that his son had the dream on the same night he was in the village with the sick boy and his grandmother. Upon checking his wallet, he saw that he still had 20 taels of silver. It was as if the village, the grandmother, the sick little boy — all of it — had been a dream.

He suddenly realized that the entire incident was an illusion that higher beings had created as a test. These higher beings hold that kindness and compassion are far more important than money. Lee Fu saw that the grandmother reminded him of his own dead mother and believed that it was his ancestors, along with the higher beings, working together to test him and to reveal his true nature, one of kindness and decency.

Helping others brings rewards for yourself. Higher beings will help you when you show kindness to others and keep a high moral standard, unlike the way modern Chinese don’t help each other.