What Are the Top 5 Chinese Inventions? 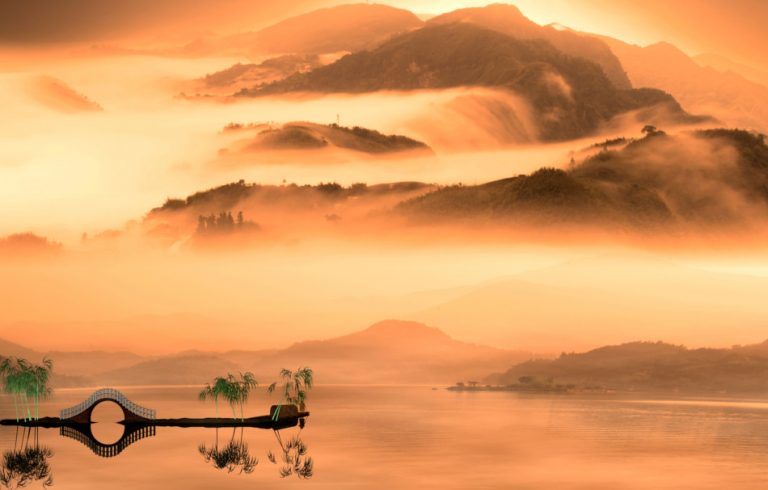 Over the past 5,000 years, the Chinese have invented quite a few things. (Image: Nicholashan via Dreamstime)

In its long history, there have been many spectacular Chinese inventions.

Silk is one of the greatest Chinese inventions. The history of silk began 5,000 years ago with a Chinese legend. Empress Leizu, who was the wife of Emperor Huang Di (also known as the Yellow Emperor), was the first person to discover silk as a weavable fiber — accidentally, I might add.

It was while the empress was drinking tea under a mulberry tree that a cocoon fell into her cup and began to unravel. The empress fell in love with the shining threads. It was at this time she discovered the source — the Bombyx mori silkworm — in the white mulberry. The empress developed sericulture (the art of silk farming). It wasn’t long after that she invented the reel and loom.

The demand for the fabric created a lucrative trade route, now known as the “Silk Road.” By taking the silk to the West, they were able to bring gold, silver, and wool back to the East. The Silk Road was named after its most valuable product.

Silk at the time was considered more precious than gold.

Realizing the value of silk, the Chinese kept the source and production method a secret for more than 30 centuries. All travelers were to be searched at all border crossings, with the penalty of death for anyone caught smuggling eggs, cocoons, or the silkworms themselves. It’s not hard to see how it remained a well-kept secret.

The history of alcohol is somewhat difficult to pin down.

New evidence that suggests the Chinese were the ones who invented alcohol.

Research by the University of Pennsylvania has shown that 9,000-year-old pottery shards have shown the presence of alcohol. The pottery was found in Henan Province. This new evidence shows that the Chinese had alcohol a full 1,000 years before the people of the Arabian Peninsula, who were believed to be the first brewers.

Paper has had a greater impact than many other Chinese inventions. A.D. 105 is said to be the year in which papermaking was invented by the Chinese. But recent archaeological investigations place the actual invention of paper 200 years earlier.

Cai Lun used the bark of a mulberry tree, breaking it into fibers and pounding it into a sheet. It was later that people discovered adding rags, hemp, and old fish nets to the pulp made a better quality paper.

The Chinese guarded the secret of paper manufacture closely, trying to ensure a monopoly.

But some Chinese soldiers and paper makers were captured during a battle with the Ottoman Turks in A.D. 751, and were taken to Samarkand. This was where the Arabs learned paper making, and they also kept it a secret. The first paper industry was born in A.D 793 in Baghdad.

The compass was made with a mineral called lodestone, which is an iron oxide that points south.

When the Chinese used it to point out real directions, the Chinese compass then become a square with markings of the cardinal points and the constellations. The pointing needle was spoon-shaped and always pointed to the south.

The first record of the compass being used as a navigational aid was a voyage between 1405 and 1433 with Zheng He from China’s Yunnan Province.

It wasn’t until a thousand years later that Europeans and West Asians learned about the compass. The British inventor William Sturgeon in 1825 invented a compass using the concept of electromagnetism (the modern compass), which points to the north.

The Chinese compass is still being used by many people for Feng Shui purposes.

Of all Chinese inventions, gunpowder has had massive positive and negative consequences. Alchemists of ancient China were the inventors of gunpowder. They found inspiration from the fire-ignition of the pill-making process during which sulfur, niter, and other substances were used. They then created the formula for gunpowder. When the military got their hands on the formula, it was soon turned into black powder, which was used in warfare.

It wasn’t until the Tang Dynasty that gunpowder began its military applications. Records say siege-breaking battles were won by using “flying fire” at that time. They also burned the enemy by using a stone projector to fling lit gunpowder packs.

Gunpowder workshops were set up by the Song Dynasty, where weapons like the “fire cannon,” “rocket,” and “missile” were made. A device called the “eruptor” was made in A.D. 1259. It was comprised of bamboo pipes with gunpowder loaded inside. A rocket called “the Fire Dragon Issuing from the Water” was introduced in the mid-16th century. This rocket is the earliest 2-stage rocket.

There were other uses for gunpowder, like in acrobat and puppet shows, and also to decorate the stage and create a mysterious atmosphere. People during the Song Dynasty used gunpowder in stunning performances like spraying fire and conjuring up things.

Gunpowder was also used in the making of fireworks and firecrackers.