Was There a Big Bang? 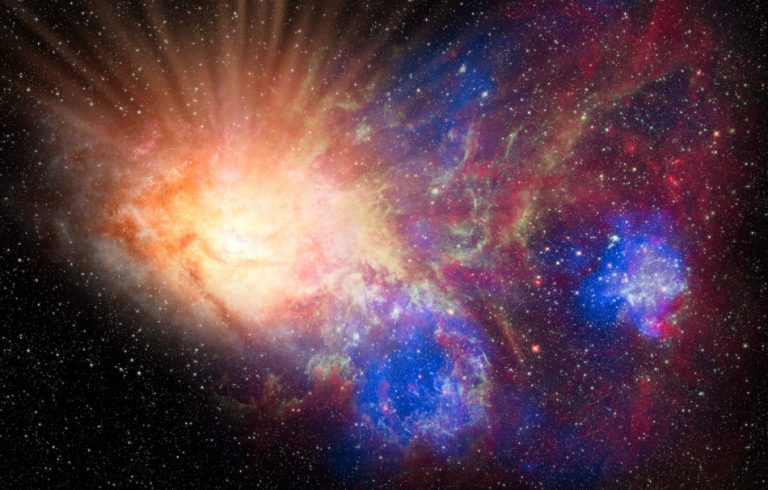 Did the universe really begin with the 'Big Bang'? (Image: Bernadett Pogácsás-Simon via Dreamstime)

I’m sure most people have heard of the Big Bang Theory, and how that was the very beginning of the universe. Physicists Ahmed Farag Ali and Saurya Das are not so convinced. With their new model that has quantum correction terms that complement Einstein’s Theory of General Relativity, it shows that the universe has existed forever. The model also takes into account dark matter and dark energy, resolving multiple issues.

In 1929, Edwin Hubble discovered that the universe was expanding at a fast pace, and he also noticed that galaxies past our Milky Way were moving at the same speed away from us. He realized that this meant there must have been a time (now known to be about 14 billion years ago) when the universe was contained in a single point (singularity). The universe was born in this single violent event that came to be known as the “Big Bang.”

“The Big Bang singularity is the most serious problem of general relativity because the laws of physics appear to break down there,” Ahmed Farag Ali, from Benha University and the Zewail City of Science and Technology, told Phys.org.

Both Ali and coauthor Saurya Das, from the University of Lethbridge, show in their paper that was published in Physic Letters B that with their new model, they can show the universe has no beginning and no end.

The physicists said that they were not specifically attempting to eliminate the Big Bang singularity. Their work was based on theoretical physicist David Bohm’s ideas. He is known for his philosophy of physics contributions. In the 1950s, Bohm explored replacing classical geodesics (the shortest path between two points on a curved surface) with quantum trajectories, reported Phys.org.

In a related paper, Das and Rajat Bhaduri of McMaster University, Canada, have a further proof for this model. It shows that gravitons can form a Bose-Einstein condensate at temperatures that were present in the universe.

The Big Bang Theory is not the only theory out there, it is just the most popular one. With technology advancing as quickly as it is, it may not be long before we know for sure.