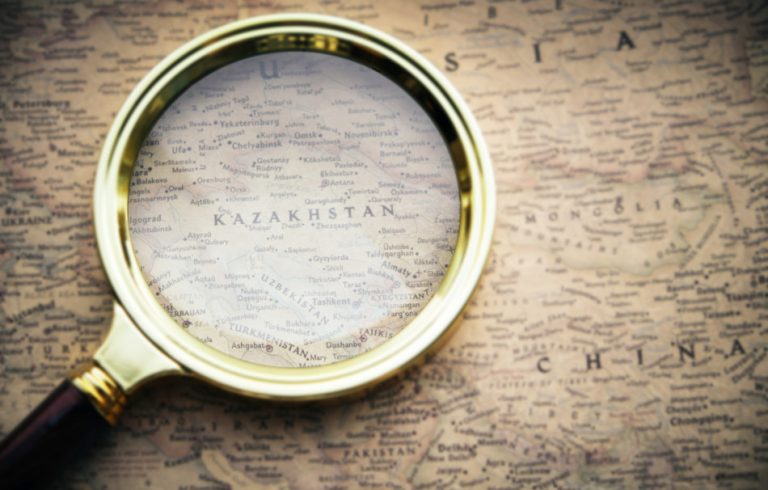 Residents in a remote village in Kazakhstan have been repeatedly struck with a mysterious 'sleeping sickness'. (Image: Dmitriy Praizel via Dreamstime)

Viktor Kazachenko was from a village in northern Kazakhstan, and there was something quite strange happening in his village. While he was driving to the nearest town on some errands, something happened, and he never arrived. “My brain switched off,” he said. “That’s it. I don’t remember.” Kazachenko had been hit by the so-called “sleeping sickness” that was plaguing Kalachi, a remote village about 300 miles west of the country’s capital Astana, reported The Guardian.

Residents are going into comas from this mysterious illness, which sometimes lasts for days.

A report by News and You on the “sleeping sickness”:

“I was going to town on August 28,” Kazachenko told EurasiaNet.org, still disoriented by the experience. “I came round on September 2. I understood [on waking up] in the hospital that I’d fallen asleep.”

Kazachenko had blacked out while driving his motorcycle. His wife was riding with him. “It’s good it wasn’t that foreign vehicle,” he joked, gesturing at his car standing beside his neat white cottage. “That’s fast — a motorbike isn’t so fast!” He didn’t complain of any other injuries as a result of his sudden sleep.

This was not the first time this had happened to him. “The first time, I slept for three days,” Kazachenko says, laughing. He then goes on to say: “After this slumber, my blood pressure started going up for no reason.” “Headaches — that’s not the word. For six weeks, I didn’t know where to put myself. It strongly affects your mentality. I’m very on edge.”

The mysterious ‘sleeping sickness’ began in 2013

The first time the mysterious illness hit the village was in 2012, and it affected 126 residents, about a quarter of Kalachi’s population of around 600. For three years, the villagers suffered debilitating symptoms like dizziness, nausea, blinding headaches, and memory loss.

Like Kazachenko, some people were struck by the “sleeping sickness” more than once. The true number of instances was 152 if multiple cases are included.

Scientists were not sure what it was, and they tested for any increased levels of radiation, carbon monoxide, radon, and any build-up of heavy metal salts, which are toxic at high levels, but nothing was found.

To coordinate the research, Prime Minister Karim Masimov set up a commission. Over 20,000 laboratory and clinical tests were conducted.

With no hard evidence, residents believed the Soviet-era uranium mine on the village’s doorstep was at fault.

“We’ve been thinking it was radiation,” said Tatyana Shumilina. “We have a uranium mine here,” although it has been “a ruin for years,” The Guardian said on its website.

Was a solution to the ‘sleeping sickness’ really found?

After the results from the medical exams came back, it was believed the culprit had been found. It appeared it did have to do with the mines, but not radiation, as some thought. It was believed to be the result of excessive carbon monoxide and hydrocarbon levels given off by the mines.

Carbon monoxide binds to blood 200 times more effectively than oxygen, which means that when levels get too high, the brain is starved of oxygen, producing asphyxiation. Thus, the brain starts to shut down, creating uncontrollable fatigue.

“The uranium mines were closed at some point, and at times a concentration of carbon monoxide occurs there,” Kazakhstan’s Deputy Prime Minister, Berdibek Saparbaev, announced in the summer of 2015, reports the Guardian. “The oxygen in the air is reduced accordingly, which is the real reason for the sleeping sickness in these villages.”

The residents were evacuated, but not everyone was convinced carbon monoxide was the cause. The mines had been shut down since the early nineties and carbon monoxide is usually the product of combustion. So why was the sleeping sickness affecting residents after two decades? At the time, Claude Piantadosi, a pulmonologist at Duke University Medical Center, said that other gasses (including carbon dioxide) could be involved.

A short RT documentary on the sleeping sickness and its possible cause:

Experts claimed they had solved the long-running mystery as to why residents of a village kept falling into a deep sleep.

One girl thought her mother had an elephant’s trunk, while another frightened boy believed horses and light bulbs were flying around him.

New research linked this strange condition to secret chemicals — most likely used by the Red Army — stored in underground containers near the village.

These containers broke down and leaked into the water system causing the severe drowsiness and other strange symptoms the locals suffered, according to epidemiologist Professor Byron Crape, who led the study.

The “sleeping sickness” at Kalachi became so bad that the village was officially closed and most residents moved away — although some remained.

All the old theories were debunked by the new research of Dr. Crape and experts from Nazarbayev University in Kazakhstan.

They rejected bacterial meningitis, genetic diseases, and carbon monoxide, as well as other more outlandish theories for the sleepiness.

Dr. Crape spoke at length to over 200 present and former villagers and realized that everyone bought their water from a single supplier who pumped it from an underground source.

Dr. Crape believed that military-grade chemicals were buried at the disused mine and these broke down and leaked into the water supply.

“The chemical seeps into the water, and if it is underground water, it eventually reaches the people in the village,” he said.

“Why do some fall asleep more often and several times, while others less often?

“Maybe some just get a higher concentration of the chemical, while others get less.”

The 124 families who didn’t move away no longer suffered from the condition that lasted from 2012 to 2015.

Dr. Crape hypothesized that “the chemicals in barrels completely leaked into the water, and emptied,” so there was no fresh pollution.

Cattle were not impacted by the sleepiness — their water came directly from a river.

The mysterious symptoms only happened in the winter. The professor believed this was because the unnamed chemical decomposed when the water was warmed more than 1°C.

The chemical believed to have caused the poisoning was never identified.