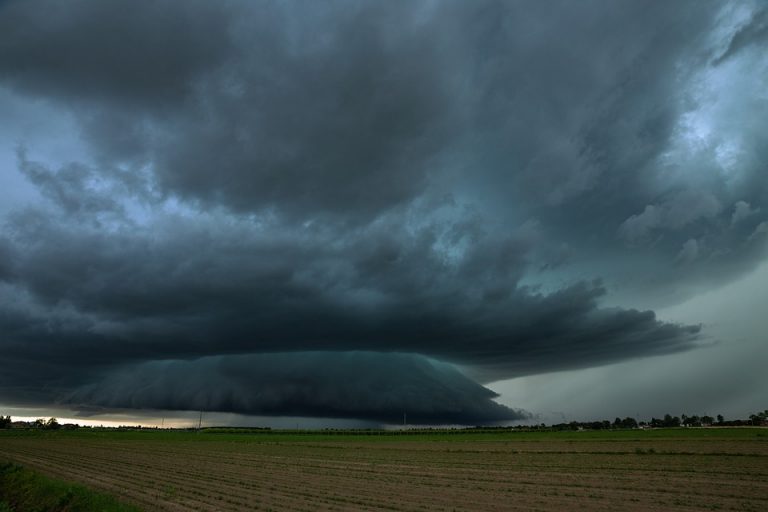 We often fail to look inward to find the reasons or causes of disease. (Image: Unwetter-Freaks via Pixabay)

The most devastating tornadoes are often preceded by cloudy plumes of ice and water vapor billowing above severe thunderstorms leading to deadly supercell thunderstorms. New research reveals the mechanism for these plumes could be tied to “hydraulic jumps” — a phenomenon Leonardo Da Vinci observed more than 500 years ago.

When a cloudy plume of ice and water vapor billows up above the top of a severe thunderstorm, there’s a good chance a violent tornado, high winds or hailstones bigger than golf balls will soon pelt the Earth below. A new Stanford University-led study, published in Science, reveals the physical mechanism for these plumes that form above most of the world’s most damaging tornadoes.

Previous research has shown they’re easy to spot in satellite imagery, often 30 minutes or more before severe weather reaches the ground. “The question is, why is this plume associated with the worst conditions, and how does it exist in the first place? That’s the gap that we are starting to fill,” said atmospheric scientist Morgan O’Neill, lead author of the new study. The research comes just over a week after supercell thunderstorms and tornadoes spun up among the remnants of Hurricane Ida as they barreled into the U.S. Northeast, compounding devastation wrought across the region by record-breaking rainfall and flash floods.

Understanding how and why plumes take shape above powerful supercell thunderstorms could help forecasters recognize similar impending dangers and issue more accurate warnings without relying on Doppler radar systems, which can be knocked out by wind and hail — and have blind spots even on good days. In many parts of the world, Doppler radar coverage is nonexistent. O’Neill, who is an assistant professor of Earth system science at Stanford’s School of Earth, Energy & Environmental Sciences, said:

“If there’s going to be a terrible hurricane, we can see it from space. We can’t see tornadoes because they’re hidden below thunderstorm tops. We need to understand the tops better.”

The thunderstorms that spawn most tornadoes are known as supercells, a rare breed of storm with a rotating updraft that can hurtle skyward at speeds faster than 150 miles an hour, with enough power to punch through the usual lid on Earth’s troposphere, the lowest layer of our atmosphere. In weaker thunderstorms, rising currents of moist air tend to flatten and spread out upon reaching this lid, called the tropopause, forming an anvil-shaped cloud.

Supercell thunderstorms’ intense updrafts press the tropopause upward into the next layer of the atmosphere, creating what scientists call an overshooting top. “It’s like a fountain pushing up against the next layer of our atmosphere,” O’Neill said. As winds in the upper atmosphere race over and around the protruding storm top, they sometimes kick up streams of water vapor and ice, which shoot into the stratosphere to form the tell-tale plume, technically called an Above-Anvil Cirrus Plume, or AACP.

The rising air of the overshooting top soon speeds back toward the troposphere, like a ball that accelerates downward after cresting aloft. At the same time, air is flowing over the dome in the stratosphere and then racing down the sheltered side. Using computer simulations of idealized supercell thunderstorms, O’Neill and colleagues discovered that this excites a downslope windstorm at the tropopause, where wind speeds exceed 240 miles per hour, O’Neill said:

“Dry air descending from the stratosphere and moist air rising from the troposphere join in this very narrow, crazy-fast jet. The jet becomes unstable and the whole thing mixes and explodes in turbulence. These speeds at the storm top have never been observed or hypothesized before.”

Scientists have long recognized that overshooting storm tops of moist air rising into the upper atmosphere can act like solid obstacles that block or redirect airflow. And it’s been proposed that waves of moist air flowing over these tops can break and loft water into the stratosphere. But no research to date has explained how all the pieces fit together. The new modeling suggests the explosion of turbulence in the atmosphere that accompanies plumed storms unfolds through a phenomenon called a hydraulic jump.

The same mechanism is at play when rushing winds tumble over mountains and generate turbulence on the downslope side, or when water speeding smoothly down a dam’s spillway abruptly bursts into froth upon joining slower-moving water below. Leonardo DaVinci observed the phenomenon in flowing water as early as the 1500s, and ancient Romans may have sought to limit hydraulic jumps in aqueduct designs.

But until now, atmospheric scientists have only seen the dynamic induced by solid topography. The new modeling suggests a hydraulic jump can also be triggered by fluid obstacles in the atmosphere made almost entirely of air that are changing shape every second miles above the Earth’s surface. The simulations suggest the onset of the jump coincides with a surprisingly rapid injection of water vapor into the stratosphere, upwards of 7,000 kilograms per second.

That’s two to four times higher than previous estimates. Once it reaches the overworld, water may stay there for days or weeks, potentially influencing the amount and quality of sunlight that reaches Earth via the destruction of ozone in the stratosphere and warming of the planet’s surface. Co-author Leigh Orf, an atmospheric scientist at the University of Wisconsin-Madison, said:

“In our simulations that exhibit plumes, water reaches deep into the stratosphere, where it possibly could have more of a long-term climate impact.”

According to O’Neill, high-altitude NASA research aircraft have only recently gained the ability to observe the three-dimensional winds at the tops of thunderstorms, and have not yet observed AACP production at close range. “We have the technology now to go verify our modeling results to see if they’re realistic,” O’Neill said. “That’s really a sweet spot in science.”

Provided by: Stanford University [Note: Materials may be edited for content and length.]