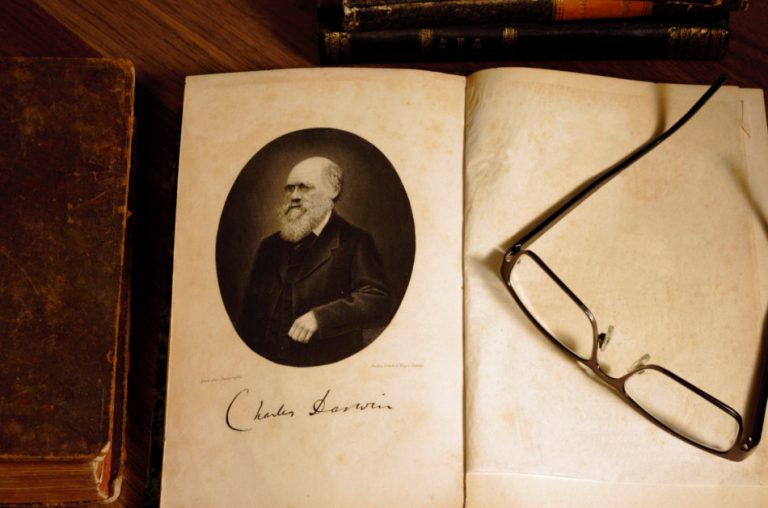 When Charles Darwin formulated his theory of natural selection, he knew nothing about genes. (Image: Ivanmattioli via Dreamstime)

Researchers at Yale have answered a long-debated question about which competing model of evolution works best. They have come up with the answer by using sophisticated modeling of genomic data from diverse species indicating that Charles Darwin was wrong.

Their study, which was published in the journal Molecular Biology and Evolution, suggests that the “house of cards” model, which holds that mutations with large effects effectively reshuffle the genomic deck, explains evolutionary processes better than the theory that species undergo the accumulation of many mutations with small effects, wrote Yale News.

“We found this model applied across vast evolutionary time in yeast, worms, and flies,” Jeffrey Townsend, associate professor of Biostatistics and Ecology & Evolutionary Biology and senior author of the study, said.

The study evaluated three classical models of how organisms remain stable over time in the presence of mutations and selection. The analysis specifically evaluated the effects of these forces on gene expression, which for decades has been recognized as a key component of evolutionary change, wrote World Economic Forum.

Charles Darwin didn’t know about genes or their importance

When Charles Darwin formulated his theory that “natural selection preserves traits that benefit the survival of organisms,” he knew nothing about genes.

When researchers understood the crucial role of genes, there were a large number of evolutionary biologists who conjectured that random mutations in genes were preserved in populations when they helped an organism survive or reproduce, unlike Charles Darwin’s model.

Charles Darwin’s theory is NOT what evolution looks like:

Since mutations that have large effects are almost always fatal to the organism, one classical model holds that most must have small effects, and that many would have to accumulate in order to create new traits and forms, Yale News wrote.

Evolution on Earth in 60 seconds:

Another theory hypothesizes the opposite: that mutations do not cause small changes in fitness, but trigger a cascade of changes — the evolutionary “house of cards.”

Yale News went on to say that a third theory is even simpler: that mutations have no effect on fitness whatsoever.

Recent discoveries of how small bits of genetic material regulate the expression of large networks of genes bolstered interest in the “house of cards” model, but only now has the theory been successfully demonstrated to be applicable to diverse organisms on a genomic scale.

“These models have been around for decades, but new technology for the first time allows us to gather data that can test which model is fundamental to the process of evolution,” Townsend said.