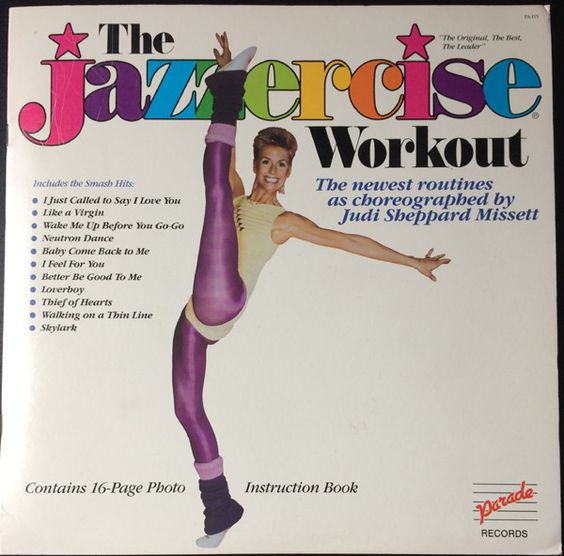 Jazzercise was introduced in the 1970s by former Broadway star Judi Sheppard Missett. (Image: via Fair Use)

For the last decade, women’s fitness trends have changed dramatically. I myself have done aerobics, weights, yoga, kickboxing, and I am sure many more I can’t remember as the styles have changed so much.

Let’s take a trip down memory lane and see what women’s fitness trends were used to keep fit.

Women’s fitness trends through the decades

Women were very feminine in the 1910s, and their exercises were just gentle stretching so they would not perspire, which was not feminine at all. They even still wore ankle-length attire.

Fitness in the 1920s was pretty much the same as in the 1910s, but more glamorous. Women wore silk gowns and full makeup. They still did gentle stretching, but with a more energetic twist, which was inspired by the dance The Charleston.

Fitness made a dramatic change in the 1930s. The women’s league of health and beauty was created by Mary Bagot Stack, whose motto was: “Movement is life.” Exercises such as star jumps were introduced, as well as large group classes.

In the 1940s, women started exercising in their own homes. However, the women’s league of health and beauty still maintained a large membership. Gentle exercises that still didn’t make one perspire were still popular, and a form of sit-up was introduced.

The 1950s saw the craze of the hula hoop. With just a few clever marketing tricks it really took off; even children got swept up in it.

In the 1960s, the hula hoop took a back seat and became more of a children’s toy. The trim twist took over and was popular even with office workers and housewives. It was made from a square of pressed board mounted on top of a metal turning mechanism.

Jazzercise was introduced in the 1970s by former Broadway star Judi Sheppard Missett. It’s a combination of aerobics and jazz dancing that brought a very upbeat movement to the fitness world. It is still practiced in 32 countries.

The leg warmers and leotards came out with the introduction of aerobics in the 1980s. Jane Fonda became a name everyone knew with her high kicks and high-impact workout. Physical fitness came with a status symbol.

In the 1990s, Billy Blanks dominated the fitness world with Tae Bo, designed to work every part of your body. It’s a combination of Taekwondo and boxing. Even I got caught up in the craze.

The new millennium saw the return of fitness through dance. Street dancing started out in neighborhoods and schoolyards, eventually making it into gyms and dance studios. Maybe it was all the dance movies that came out in the new millennium that started the craze.

The 2010s sambaed in with the introduction of Zumba. Women worked out Brazilian-style, shaking their way into fitness in their multi-colored yoga pants. Zumba felt more like a night out dancing than a workout. It incorporated the elements of hip-hop, soca, salsa, samba, merengue, and mambo.

Unable to enter the studio, Zoom quickly became a yogi’s best friend as we entered into 2020. Going forward, women will continue to focus on the meditative aspects of yoga as the mindful approach and stillness cultivated by regular practice helps to alleviate stress and anxiety.