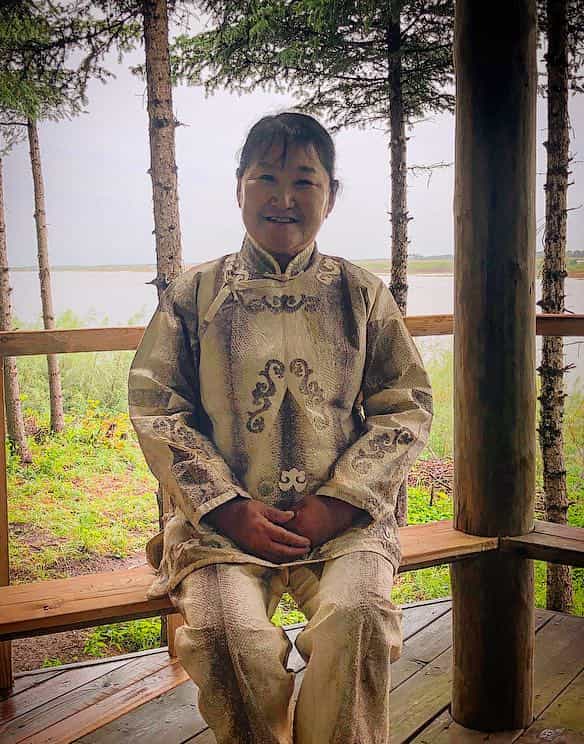 Fish skin leather was once common in fishing communities; now, artisans and designers are breathing new life into the tradition. (Image: via Elisa Palomino-Perez)

The fashion industry is currently going through a significant change in its approach toward sustainability, aiming to transform from a wasteful and polluting industry into a cleaner sector. While fish skin leather was used for centuries by Indigenous people, it was pushed aside by methodologies that offered more profitable characteristics.

Today, however, the ever-increasing focus on sustainability combined with changing consumer tastes is allowing designers to challenge existing fashion assumptions and explore the viability of fish skin leather. Fish skin leather was once common in fishing communities; now, artisans and designers are breathing new life into the tradition.

The history of crafting with fish skin leather

Before the rise of manufactured fabrics, Indigenous peoples from coastal and riverine regions around the world tanned or dried fish skins and sewed them into clothing. The material is strong and water-resistant, and it was essential to survival.

In Japan, the Ainu crafted salmon skin into boots, which they strapped to their feet with rope. Along the Amur River in northeastern China and Siberia, Hezhen and Nivkh peoples turned the material into coats and thread.

In northern Canada, the Inuit made clothing, and in Alaska, several peoples, including the Alutiiq, Athabascan, and Yup’ik, used fish skins to fashion boots, mittens, containers, and parkas. In the winter, Yup’ik men never left home without their “qasperrluk,” or loose-fitting, hooded fish skin parkas — which could double as shelter in an emergency. The men would prop up the hood with an ice pick and pin down the edges to make a tent-like structure.

As practical and pervasive as the material was, the practice of making fish skin leather faded in the 20th century. Its loss is intertwined with colonialism and assimilation. In 1899, Japan enacted the Hokkaido Former Aborigines Protection Act, which clinched the assimilation of Ainu people into Japanese society — the Ainu lost their lifestyle of fishing, hunting, and gathering.

In Alaska, Indigenous peoples were first forced into slave labor by Russian fur hunters and later subjected to U.S. policies aimed at eradicating their traditional lifestyles. Handmade fish skin clothing gave way to rubber boots and factory-made rain gear. As fish skin leather slipped into obscurity, so did the knowledge of how to produce it.

The designer who came up with the idea

Elisa Palomino-Perez has been in the fashion industry for more than 30 years and has worked with top names like Christian Dior, John Galliano, and Moschino. She knows the fashion industry like the back of her hand. Apart from being a fashion designer, Elisa has been an educator and researcher since 2012 at Central Saint Martins, UAL, and a Fulbright Scholar at the Smithsonian Institute, Arctic Studies Center. The research purpose included practices for sustainable fashion, fish skin, intangible cultural heritage, and material innovation.

Her interest in opting for fish skin crafted clothes lies somewhere with her thought of being a mermaid as a child. She had even learned synchronized swimming while growing up. She highlights the many benefits of using fish skin leather to craft clothes. She also adds that the best part about using the skin is that they are considered to be waste products and hence this also becomes recycled fashion. She further proves that by saying that she has a bag made from fish skin leather made in 2002 and it has actually aged well with a beautiful coating of patina.

The benefits of fish skin leather

Fish skins are known to be durable and protect against cold (thanks to all the omega 3 present in the skin). But many archaeological reports have stated that fish skin did not age well or was touted as poor man’s material. However, the situation has changed, and now, fish skin leather is much in demand by fashion designers who are working toward creating sustainable fashion. In her bid to do her bit toward preserving the environment and during her research, Elisa traveled to indigenous areas to learn more about fish skin technologies.

Sourcing the skin and converting it to leather that can be crafted into beautiful clothes and accessories has been opted by certain big names, but new designers are fully making this a fashion trend.