Mid-Autumn Festival: Ancient Poetry and Music With the Moon at Heart 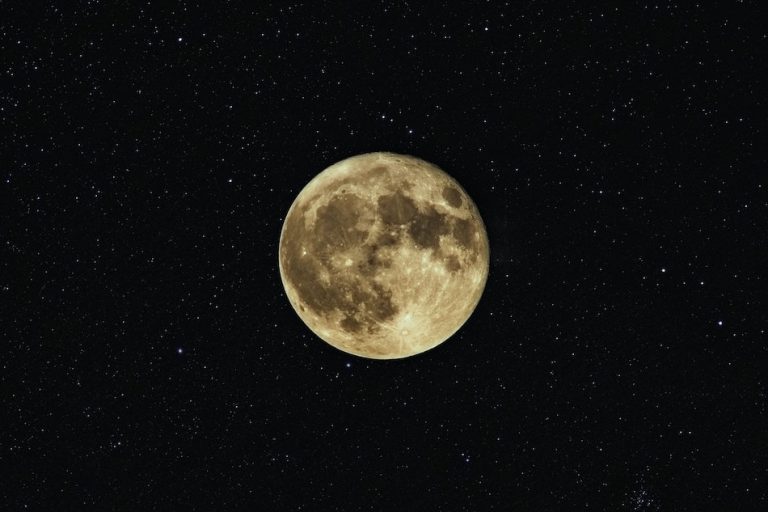 The Mid-Autumn Festival occurs on the 15th day of the 8th lunar month, celebrating the harvest when the moon appears brightest in the sky. (Image: Neven Krcmarek via Unsplash)

The Mid-Autumn Festival (also known as the Moon Festival) is upon us. The moon in traditional Chinese culture is seen as a symbol of family reunion.

On the night of the Mid-Autumn Festival, families reunite and celebrate by sitting outside, under the full moon, with a table filled with tea, fruit, incense, mooncakes, and candles as they gaze at the moon and share in conversation. Traditionally, gifts are also given to relatives.

The family is so important in traditional Chinese culture, with great emphasis being placed on family education and good character cultivation.

Here are some moon-inspired poems from Tang Dynasty poets and a song for your Mid-Autumn Festival.

Poetry for the Mid-Autumn Festival

I wake, and moonbeams play around my bed,

Up towards the glorious moon I raised my head,

Then lay me down — and thoughts of home arise.

Quiet Night Thoughts is one of the best-known poems that children recite for the Mid-Autumn Festival. Li was a Confucian scholar detached from his hometown. In this poem, the moon has brought up feelings of homesickness and a wish to be reunited with his family. Li is one of the most prominent Tang Dynasty poets and his work is filled with elegance and imagination.

The moon, grown full now over the sea,

Brightening the whole of heaven,

The long thoughtfulness of night….

It is no darker though I blow out my candle.

It is no warmer though I put on my coat.

So I leave my message with the moon

And turn to my bed, hoping for dreams.

Looking at the Moon and Thinking of One Far Away conveys the feeling of missing a loved one or loved ones and wishing that they were sharing moments together but also having a hope, as he goes to sleep, that they might meet in his dreams. The beauty in this poem is the light and hope the moon inspires amongst his heartache. Zhang Jiuling served as a chancellor and was a prominent minister and scholar of the Tang Dynasty.

While I watch the moon go down, a crow caws through the frost;

Under the shadows of maple-trees a fisherman moves with his torch;

And I hear, from beyond Su-chou, from the temple on Cold Mountain,

Ringing for me, here in my boat, the midnight bell.

Maple Bridge (a bridge in Suzhou) was made famous by this poem. Zhang Ji is traveling by boat and the tone of the poem and mood is affected by the element of the crow’s caw and the temple bells. The poet expresses feelings of uneasiness that travelers can relate to with feeling homesick and having sleepless nights. Not much is known of the Tang Dynasty poet’s life, but this was one of his most famous poems.

Song ‘A Reverie in the Moon Palace’

The piece was inspired by an ancient legend about the emperor Tang Minghuang, who sees fairies dancing in the Moon Palace. It was composed by Tony Chen.

Listen to the Music:

“One summer’s night, the emperor Tang Minghuang strolls in his palace under the moonlight. He longs for the moon and starts to write a poem, but doesn’t have inspiration. He wishes he could visit the heavenly Moon Palace, to see what it’s like, but disheartened, he falls asleep.

“Suddenly, a Daoist master appears and offers to take him to the moon. Tang Minghuang is then whisked away on a magical journey. He arrives at the Moon Palace, where heavenly maidens are dancing with ribbons of silk. Mesmerized by the divine realm, he can’t believe his eyes, and joins in with the fairies as they twirl amidst the clouds. Tang Minghuang wishes to stay longer and admire the Moon Palace with all of its grandeur, but with a swish of his Daoist whisk, the Daoist master chuckles, and puts the emperor back to sleep.

“Tang Minghuang abruptly wakes up from his slumber. At first, he is confused as to where he is, and then he realizes he has returned to his own palace. He looks for the fairies and the Daoist master, but they were nowhere to be found. Was it all just a dream? Then, with sudden inspiration and conviction, he picks up his brush pen and finishes his poem.”