Do You Know Why Your Eyes Go Red After a Swim? It’s Not the Chlorine 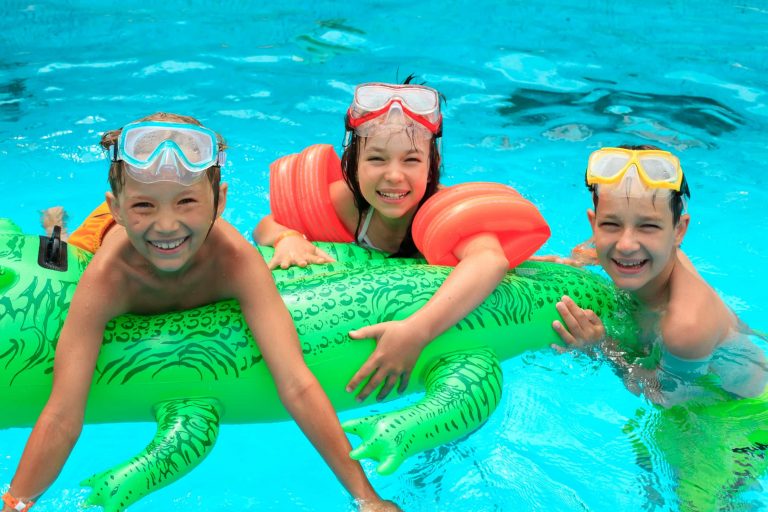 Do you know why your eyes get irritated and turn red after swimming in a pool? (Image: Marzanna Syncerz via Dreamstime)

This is a story that may just stop you from going for a swim in your local pool. Do you know why your eyes go red and get irritated after swimming in a pool? Well, it turns out you can stop blaming the chlorine.

The Water Quality and Health Council and the National Swimming Pool Foundation have teamed up with the CDC for the annual Healthy Swimming Program. They’re trying to educate Americans about the possible dangers of pools.

“We think that swimming is a really fantastic activity,” Michael J. Beach, Ph.D., associate director of the CDC’s Healthy Water program, said to Women’s Health. “We want to keep it that way.” So what could be so bad that the CDC feels the need to tell us? Well, it turns out that irritation to your eyes is not from the chlorine.

“It’s quite the opposite,” says Beach. “Chlorine binds with all the things it’s trying to kill from your bodies, and it forms these chemical irritants. That’s what’s stinging your eyes. It’s the chlorine binding to the urine and the sweat.”

According to IFL Science, disease outbreaks from public swimming pools are on the rise, according to Beach’s research. Those who swim while experiencing diarrhea are putting others at risk. They don’t actually have to poop in the pool, but any germs on their bodies could potentially spread to other people in the same water. This is why the CDC strongly recommends that swimmers shower before jumping into the pool.

In case you believe in the myth that there is a magical dye that will change color if someone pees: “That dye is a complete myth,” says Beach. “It’s about scaring people into not urinating in the pool.”

Just to make sure your stomach is turning, Beach has also assured us that there has been an increase in the number of disease outbreaks at local swimming pools, and we have people who go swimming while they have diarrhea to thank.

“We have a new parasitic germ that has emerged that’s immune to chlorine,” Beach said. “We’ve got to keep it out of the pool in the first place. We need additional barriers.”

According to Women’s Health, you can’t just blame those diaper toddlers in the shallow end, though. A person doesn’t have to literally defecate in a pool to spread illness — they could just have the germs on their bodies, which is why you’re always encouraged to shower off before you get into a pool. One ailing person might not be enough to do it, but “if you’re talking about thousands of people using the same pool, those germs can really add up,” says Beach.

So enjoy your next swim, and let’s hope you don’t have your eyes go red and get irritated — because you now know what that means.