Witnessing a Miracle: How Doctor Xue Saved a Man With a Severe Head Injury 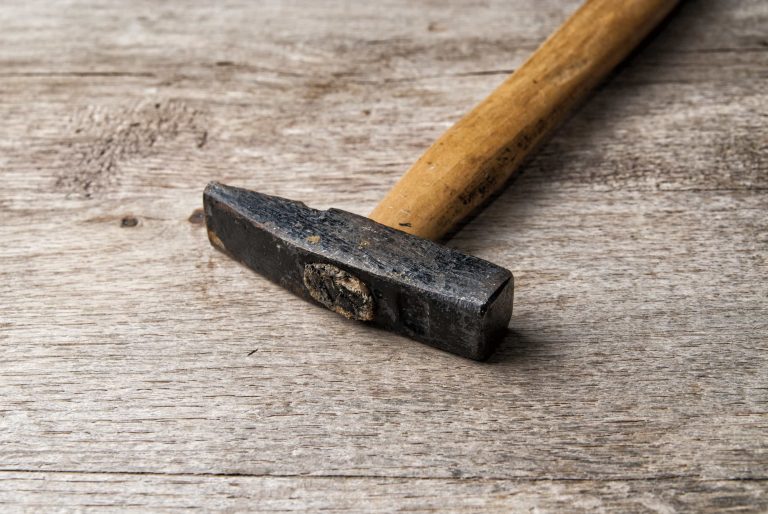 In the chaos, a bandit swung a hammer at the master's head, and in an instant, he collapsed to the floor motionless. (Image: Vladakg via Dreamstime)

There is a famous story about the Daoist Doctor Xue. One day, in the early years of the Qing Dynasty, a gang of robbers ransacked a village. At the time, the roosters crowed, dogs barked, and all the villagers hid.

There was a prominent family in town who was well-known for being beneficent. When the master of the house heard about bandits invading the village, he immediately summoned the family’s men to safeguard the house.

When the bandits saw such a big house, they could not resist. After pounding violently on the door and yelling loudly, the door was smashed open. The bandits surged into the house, and the family’s men and the intruders fought each other with weapons. In the chaos, a bandit swung a hammer at the master’s head, and in an instant, he collapsed to the floor motionless.

As the looters scattered, the family saw the terrible scene and cried bitterly.

The master had a son who was the apple of his eye. This young master was highly cultured and steeped in etiquette, and he showed great filial respect for his father. When he saw his father motionless in bed, struck down in his middle age, he was choked with tears. When he thought about his father’s dead body being put into a coffin, he could hardly bear it.

Suddenly, it occurred to the young master that there was a Taoist doctor named Xue Yi who was proficient in medical skills. He immediately asked his family to invite Doctor Xue to come to their house. However, his family told him: “Young master, stop spinning your wheels. Your father’s head has been severely injured; even if Doctor Xue has special gifts, how can he restore him to health?”

Nevertheless, the young master persisted and said: “Doctor Xue is not an ordinary person. Ask him to come quickly! Do not delay!” At the young master’s persistent request, his family could not help but invite Doctor Xue.

Xue Yi’s birth name was Yaomin, and he was once a scholar of the official school in Luoyang. Xue Yi was born into a family of scholars, and he had extensive education and an excellent memory. He was fond of poetry and was famous in his youth for his keen intelligence, talents in literature, and outstanding eloquence.

In his early years, he created previously unknown medical treatments for intractable sores and diseases of a master and became a Taoist. Afterward, he practiced medicine to save people all over the country. Those who had sores that couldn’t be healed after a long period of time would find him to administer the treatments. The wound would be eradicated in just a few days with a specially formulated salve that he would gently apply.

Those with broken legs or damaged arms also recovered after his treatments. He even surgically opened a patient’s abdomen to clean his intestines to cure him. Over time, Doctor Xue came to be widely known and praised, and his medical skills were said to be as marvelous as those of the famous physician Hua Tuo.

When Doctor Xue arrived at the family’s home, he calmly examined the master. After touching the master’s chest with his hands, Xue raised his head and said: “Although his head has been damaged, his body is still warm. The warm chi is exactly the chi of life. Therefore, the patient is curable as long as the chi of life exists.”

After listening to the Taoist’s words, nobody said a word. They had a hard time believing that Doctor Xue could cure him. However, the young master firmly believed in his medical skills.

Everyone looked on as Doctor Xue carefully took out the medicine powder he carried with him and applied it to the wound. Next, he warmed the area slightly using charcoal from the fire. He next made a bowl of ginseng soup and added some herbal medicines to it. With the family’s help, the doctor pried open the master’s mouth and administered the soup, drop by drop. This treatment was repeated over several days.

But as time wore on, the master did not show any signs of revival. Everyone could not help but cast a suspicious glance at Doctor Xue, but he remained unflappable.

And then, a miracle happened! The family heard faint sounds of breathing coming from the master. Upon seeing this, Doctor Xue immediately administered some warm wine into the master’s mouth. A moment later, the master’s breath turned from weak to strong and gradually reached a normal state.

Under Doctor Xue’s care, finally, the master regained consciousness. He slowly opened his eyes and wondered why everyone was gathered around him. When his son told him what had happened, he was so shocked he could hardly believe it.

After another three days, the master’s hands and legs could move slightly. Over the next seven days, his wound steadily healed, and finally, after a month, he was able to walk normally again.

The master’s revival from death’s door convinced the family members of Doctor Xue’s amazing medical skills. The master was so grateful that he wanted to donate half of his wealth to the doctor, but he declined. Doctor Xue left without taking a penny.

After this incident, people heard that Doctor Xue secluded himself in the remote mountains to practice Taoism. He never entered mundane society again.

Translated by Joseph Wu and edited by Tatiana Denning