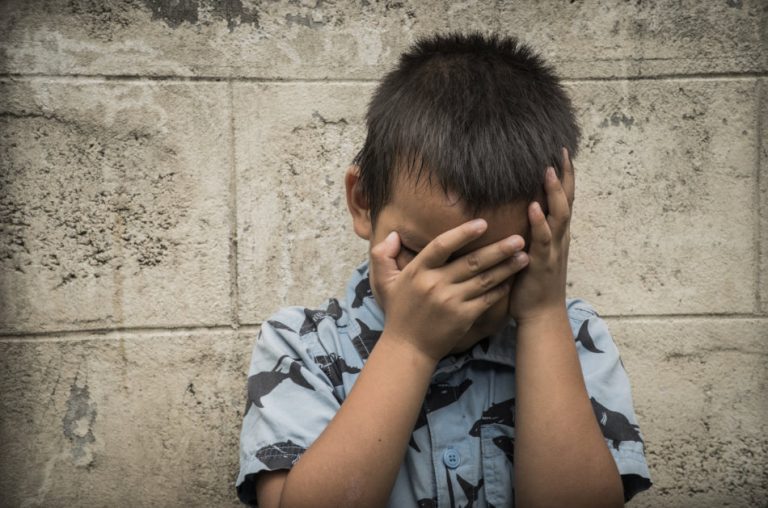 When an official was going to entertain guests in a hall, he suddenly heard a child crying in the yard. So, he rushed outside to see what had happened. (Image: Eakachai Leesin via Dreamstime)

Physical and mental abuse toward young children can ruin their whole lives, often irreparably. I know, as I grew up in a home with domestic violence.

It didn’t really start till I was 8. Before that, things were quite good. Then, it was like a switch was turned on, and my whole life changed.

Constant screaming at my sisters and me, physical abuse if we didn’t clean up or if my mum was in a bad mood, but worst of all was the mental abuse. Continuous comments of: “You ruined my life,” and “You are nothing but worthless bludgers,” yelled at us while the whole house was smashed up. We lived in constant fear. Even if we had done nothing wrong, we never knew what would set her off. What did my dad do? Nothing, which was most disappointing.

It got so bad that we felt safer walking the streets till 3 a.m. and then going home when my mum had calmed down.

As children, we didn’t think to tell anyone; it wasn’t something they taught at school — that such behavior as domestic violence was wrong — back then.

We weren’t bad kids; we were quite smart, always achieving high grades and excelling in sports.

Video on child abuse in the home:

By the time I became a teenager, I stopped caring about good grades or sports. I started binge drinking alcohol every weekend at the age of 13, and also smoking marijuana, because I didn’t care anymore.

Every now and then I would stop, but I would always fall back into bad habits.

I was kicked out of home at 14. I did my best to keep doing well at school, but I never completed year 12.

By the time I was 18, the domestic violence had taken its toll and I was taking hard drugs: ecstasy, speed, and acid. I was very unstable with my emotions. I was scared to face conflict and would please people to avoid it. I had to have everyone like me and think I was a great person, but inside I was very weak, with no self-esteem. If a situation ever did arise, I would almost have a panic attack and not be able to talk. I was getting out of control, and I really hated myself.

The Department of Human Services Victoria states: “All forms of abuse are likely to result in emotional problems for the child, in particular, a lack of self-esteem and distrust of adults. The longer the abuse goes on, the more serious are the effects. Abused and neglected children are more likely than other children to be self-destructive or aggressive, to abuse drugs and/or alcohol, or become young offenders or ‘street kids.’ In some situations, abuse and neglect may result in permanent physical damage.”

So that was my life — sometimes good, other times horrible — but I just didn’t care at all about anything, particularly myself.

A meditation practice saved me

Luckily for me, at the age of 22, I started a meditation practice that saved my life. I stopped drinking, smoking, and doing hard drugs, and started to think higher of myself and have more self-esteem, something I never had when I suffered from domestic violence. I became more understanding of my emotions and was able to move on with my life in a positive way.

A study conducted by the University of California, Berkeley found: “Mindfulness might act as an ‘antidote’ for people who are insecure in their relationships as a result of childhood abuse because mindfulness allows them to become aware of thoughts and emotions, without judging or overreacting to them.”

My sisters were not so lucky, and both have mental illnesses that will affect them for the rest of their lives. Usually, they are good, but they have both had a couple of relapses.

Time magazine reported: “In the largest study yet to use brain scans to show the effects of child abuse, researchers have found specific changes in key regions in and around the hippocampus in the brains of young adults who were maltreated or neglected in childhood. These changes may leave victims more vulnerable to depression, addiction, and post-traumatic stress disorder (PTSD).”

I have become very understanding of why my mum was the way she was, as she had a very traumatic life and never got the proper help to get over it.

“Researchers estimate that one-third of abused and neglected children will grow up to abuse their own children when they become parents,” states the safehorizon website.

I am very positive about my future, as I have gotten over it, and it doesn’t affect me anymore. I used to wonder what I would have been like if I had grown up in a good family, but I don’t have to wonder anymore. I will see first-hand when my children grow up what it’s like.