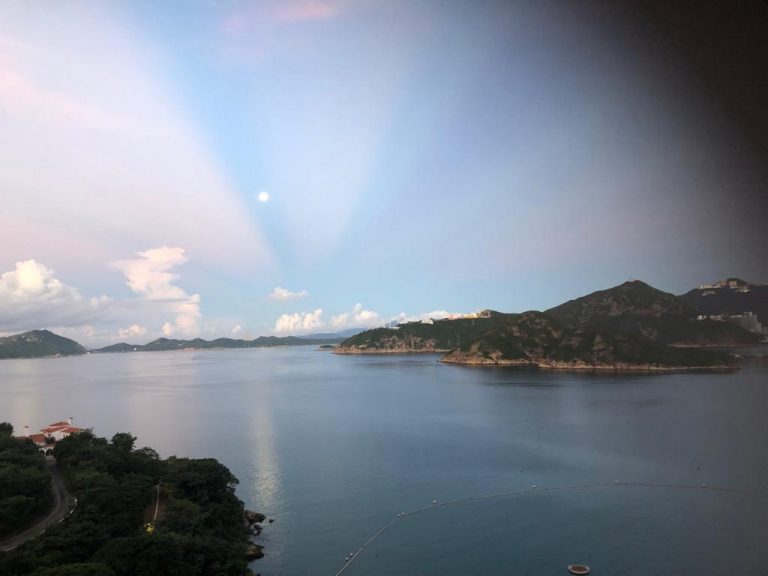 Sky on the morning of the Mid-Autumn Festival. (Image: Emma Lu via Nspirement)

Originally a harvest ritual, the Mid-Autumn Festival has been celebrated since the early Shang Dynasty (1600-1046 BCE). In the past, Chinese families would make offerings of wine and mooncakes to the heavens, expressing gratitude for the year’s harvest.

The Mid-Autumn Festival is also known as the Chinese Moon Festival and the Autumn Lantern Festival is celebrated around late September or early October. It is time for families to gather in celebration of a bountiful harvest. Children especially enjoy this time of year and are often seen running with lanterns in various animal shapes such as a rabbit, fish, or dragon.

On this day, families typically eat mooncakes, display paper lanterns, and sit on the beach gazing up at the moon. It is one of the most romantic times of the year for Chinese people.

The people of Hong Kong continue the Chinese tradition and make a variety of moon cakes, including red bean paste, white lotus paste, and five-nut moon cakes, to name a few. Parks are also beautifully decorated with bright red lanterns.

Even during these difficult times, people still come out to enjoy the holiday atmosphere as they stroll past brightly lit shops decorated with lanterns.

Sadly, many people left Hong Kong this past year, especially young people who departed with a feeling of hopelessness.

However, early in the morning of the day of the festival, I rose to see the sky was red with golden clouds. It was a beautiful sight and within a few minutes, a rainbow appeared.

Heaven revealed to the people of Hong Kong that they will have a beautiful future as long as they move forward with truth in their hearts.