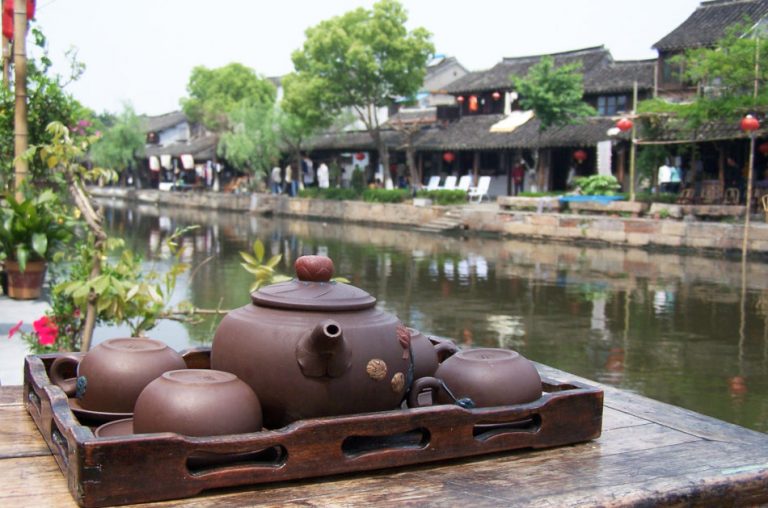 Chinese tea, such as Xi Hu Long Jing (West Lake Dragon Well) and Yunnan Pu’er, have long been world-famous due to their superior color and flavor. (Image: Wanxingye via Dreamstime)

Chinese culture is over 5,000 years old and has impacted the entire world in many different ways.

1. The spirit of the tea ceremony

Chinese tea, such as Xi Hu Long Jing (West Lake Dragon Well) and Yunnan Pu’er, have long been world-famous due to their superior color and flavor.

The spirit of the Chinese tea ceremony captures the Chinese attitude toward life and spirituality. These are things that people the world over can benefit from.

A handful of good tea leaves, some boiling water, and a set of lovely teaware is the perfect way to spend a sunny afternoon and gain some insight into the wisdom of this ancient civilization.

Traditional Chinese folk music uses a variety of traditional musical instruments to play the music of many ethnic groups for folk dances. There are 10 great pieces of classical music.

The first American satellite to go into space carried a CD on board with different musical tracks from around the world. One of these tracks was a Chinese guqin musical piece called Running Water.

Traditional Chinese culture promotes such traditional values as the philosophy of harmony. Listening to this music can help to promote these values and provide peace of mind when you need it most.

Porcelain was invented in China and is referred to as China’s “fifth great invention.” Its technical and artistic achievements have spread to every corner of the world, and it has had a profound impact on every country’s ceramics and cultural development. It has also earned China a reputation as the “porcelain country.”

Chinese porcelain products were consistently exported worldwide after the Han and Tang dynasties, contributing significantly to China’s economic and cultural exchanges with the outside world. This beautiful porcelain also had a tremendous impact on the traditional culture and way of life of people in other countries.

During the 5,000 years of Chinese civilization, many different flavors, styles, and cuisines have developed based on China’s traditional philosophy and culture have come together in today’s Chinese cuisine.

China’s ancient food culture has had a direct impact on the countries that are the essence of oriental catering culture, such as Japan, Mongolia, North and South Korea, Thailand, and Singapore. This wonderfully rich food culture has also had an impact on other continents, such as Europe, America, Africa, and Oceania.

It has benefited billions of people around the world through such innovations as Chinese vegetarian culture, tea culture, vinegar, pasta, medicated diets, ceramic tableware, and the use of soybeans in the diet.

Kunqu Opera originated 600 years ago in Kunshan, Jiangsu Province. Being the oldest Chinese opera, it is well regarded as China’s most iconic.

The opera is based on the music of the Song Dynasty and integrates folk songs from southern China. Its lyrics were mainly adapted from the works of contemporary literati.

The opera is the most integral performance in the history of Chinese opera, which has played a vital role in China’s development of literature, drama, music, and dance.

Chinese kung fu is a general term that incorporates both Chinese martial arts and Chinese qigong. It is an invaluable feature of traditional Chinese culture, as well as a unique sporting pursuit.

Chinese kung fu contains profound cultural connotations. Martial arts practitioners must learn proprieties as well as martial arts techniques. True kung fu emphasizes that martial arts are always to be used for self-defense and are not to be used to attack others.

Kung Fu followers must have the qualities of an indomitable spirit, psychological strength, and perseverance. Sportsmanship and gentlemanly conduct are considered to be equally important to self-transcendence.

Confucianism has flourished during the last 2,500 of China’s 5,000-year history, and it has been the mainstay of this ancient civilization. This school of thought has had the most profound and long-lasting influence in China’s history.

Seventy-four Nobel Prize winners and many other highly respected scholars have stated that for the benefit of mankind’s livelihood and development into the next century, these teachings should be promoted and adopted worldwide. This would provide long-lasting and far-reaching benefits for humanity, helping to ensure a peaceful and happy life for all those who pursue these worthy goals.