6 Types of Family Environments That Harm Children the Most 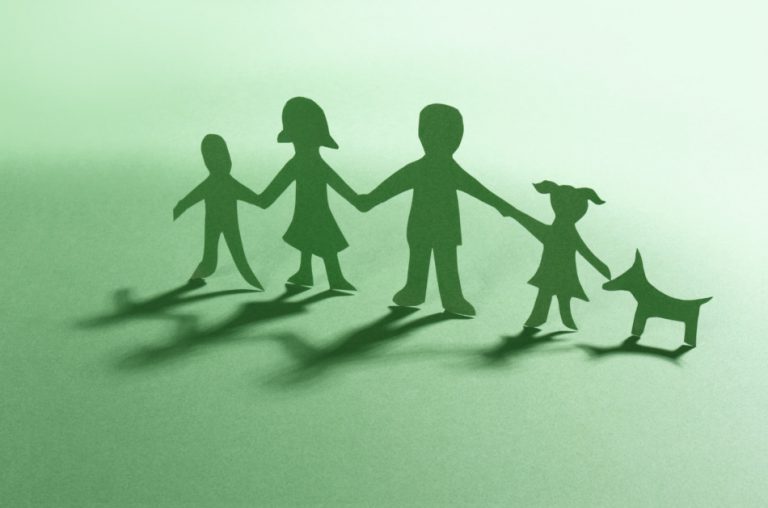 The family atmosphere during childhood can determine a person's character and influence them throughout their life. (Image: Ming Kai Chiang via Dreamstime)

Family environments that harm children the most

1. A family with a tiger mother

A tiger mother is usually self-righteous, arrogant, overbearing, and picky. She demands that the children must obey her in everything she says, and she is used to interfering with the children’s lives and hopes to control their life.

According to the American Psychological Association: “Researchers say tiger parenting — a term used by Yale Law School professor Amy Chua to describe her parenting style in her 2011 memoir ‘Battle Hymn of the Tiger Mother’ — can be harmful to children’s well-being and academic success.”

If there is a tiger mother in the family, the over-strained children will rely on her and lose their self-confidence in doing everything. The over-tight discipline will also make the children lose their personal traits.

A woman should talk to her husband and children gently instead of giving orders.

2. A family with an absent father

A study has shown that children growing up with a father’s involvement tend to be more intelligent, more self-confident, better performers, and are more likely to be successful.

Love from both parents is crucial in the growth of a child. The mother teaches love and emotion, and the father provides a sense of security, the shaping of personality, the recognition of gender, and the handling of human relationships.

Research conducted by The Fatherhood Project, a non-profit fatherhood program, found that: “Father absence hinders development from early infancy through childhood and into adulthood. The psychological harm of father absence experienced during childhood persists throughout the life course.”

On the road to educating children, the father must be involved.

3. A family that owns its poverty

The advantage of raising children in poverty lies not in depriving them of a life of adequate materials, but in teaching them to be strong and independent. Those who are infused with the idea that they grew up poor usually put too much emphasis on money.

They tend to be stingy even when they become well-off after growing up, which frequently undermines their social lives. From being poor and stressed on a long-term basis, they lack a sense of security growing up, and do not trust friends or family members. They only believe in the money in their bank account.

A 2016 article by the World Economic Forum titled “Wealth can make us selfish and stingy” cited research that found: “Greed, in turn, is a robust determinant of unethical behavior. Plato and Aristotle deemed greed to be at the root of personal immorality, arguing that greed drives desires for material gain at the expense of ethical standards… individuals motivated by greed tend to abandon moral principles in their pursuit of self-interest.”

Do not let lack of money leave an impact on your children’s lives. Trust that the promise of love which you can give to them will make their hearts secure.

4. A family that is constantly fighting

Many families are constantly getting into fights when the members are trying to determine rights and wrongs. Parents frequently quarreling make their children nervous and lacking in a sense of security. The children tend to withdraw when confronting difficulties. It is harmful to their growth in every way.

An Annual Research Review published in the Journal of Child Psychology and Psychiatry by Gordon T. Harold and Ruth Sellers provides an in-depth look at the research and concludes that: “Children living in households marked by high levels of interparental conflict are at risk for serious mental health problems and future psychiatric disorder.”

5. A family where everyone constantly focuses on a cell phone

Psychologists claim that parents always looking at a cell phone while accompanying their children are demonstrating a form of cold violence, an indifference to the children’s emotional needs.

Known as phubbing, “phone snubbing” “is basically defined as looking at a cell phone rather than interacting with the person you are with, and research shows that it can damage your relationship with your romantic partner and may also harm your bond with your kids.”

According to David Greenfield, Ph.D., founder of The Center for Internet and Technology Addiction and an assistant clinical professor of psychiatry at the University of Connecticut School of Medicine: “It’s a violation of social conditioning.” Greenfield says this is because: “It’s an uncomfortable feeling when behavior is not predictable. When someone is in a room with us and is on the phone, we feel like we are in an unsafe situation on a primitive level.” (verywell family)

A cell phone can accompany you for years, but the chance to be with your children will not come back once it is gone. If you choose to concentrate on the cell phone when your children need you, you will miss their growth and make them indifferent to you.

6. A family that constantly abuses children verbally or physically

A news report interviewing juvenile criminals disclosed that the criminals’ parents always called them idiots or trash, so they did not see any value in themselves. Children who are frequently abused tend to respond in two ways: one is being fearful and pessimistic, while the other response is being rebellious and violent. These characteristics may take years to understand and resolve, leaving scars on the surface and on the psychology of an individual. Typically, those who are abused can become abusers themselves.

How parents respond to their children sets the standard

How parents respond to their children when they commit wrongdoings demonstrates the depth and wisdom of the parents’ love. Good education is a communication between hearts, and it should not resort to force, violence, or rebuke.

Translated by Audrey and edited by Helen