Organ Harvesting in China: Hard to Believe, but It’s Happening 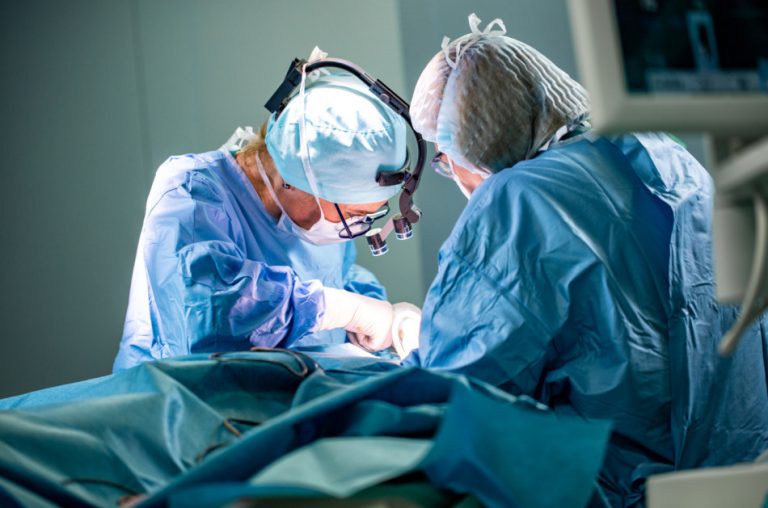 When I initially heard that the Chinese state was killing large numbers of prisoners of conscience for their bodily organs, I was like most people — I was in a state of disbelief.

The idea of innocent people being butchered to supply a lucrative illegal organ transplant industry was a crime too horrific to be contemplated.

And the chief victims of this organ harvesting atrocity are not hardened death row criminals.

They are instead mainly Falun Gong practitioners — people who are being persecuted by the communist authorities for their peaceful beliefs. Other prisoners of conscience targeted and killed for their organs — but in relatively smaller numbers — are Tibetans, Uyghurs, and House Christians.

After reading a report based on an independent investigation of organ harvesting from Falun Gong detainees, my doubts were dispelled, just as they were for many others. Co-authored by former Canadian MP David Kilgour and human rights lawyer David Matas, the 140-page report and its updated version Bloody Harvest were detailed and exact.

See an interview with Kilgour below about the numerous pieces of evidence that they have found about this crime:

Their report showed that the organ harvesting was state-sanctioned and that Chinese Communist Party officials were committing this crime against humanity with the aid of surgeons, prison authorities, and military officials.

Both men would later be nominated for a Nobel Peace prize for their investigative work and tireless efforts to bring greater awareness to what was secretly going on in China.

That same report by the two Davids was a turning point for award-winning investigative writer and China watcher Ethan Gutmann, who had also doubted the initial allegations.

After reading the report, he would go on his own 7-year-long investigation into organ harvesting, which resulted in his book The Slaughter: Mass Killings, Organ Harvesting and China’s Secret Solution to Its Dissident Problem, which was published in 2014.

Gutmann’s investigations also feature in the 56-minute documentary film Hard to Believe, which looks at organ harvesting in China, and the lack of response by the international community to address it.

In the film, Gutmann is joined by a range of medical experts, survivors of Chinese labor camps, and one doctor now living in the West who participated in organ harvesting in China.

The following is a Q&A that Gutmann did with Vision Times in 2015:

What was your reaction when you heard of the reports of organ harvesting?

“Skeptical. I’m always skeptical when I’m on the threshold of a new investigation.”

What changed your mind?

“The Kilgour-Matas report. The phone calls into Chinese hospitals by Falun Gong investigators. But there is no substitute for personally cross-examining witnesses. One of my first subjects was a peasant woman, a Falun Gong practitioner, who had done serious time in a labor camp. Along with detailed accounts of torture, she briefly mentioned a physical exam. Yet under intense questioning, the exam sounded like it was administered in a hospital turned upside down. The only possible medical rationale was to assess whether she could be exploited for her kidneys, her liver, her corneas, and perhaps her heart — the retail organs. Meanwhile, the woman was becoming increasingly annoyed with me — I mean, she had been tortured for God’s sake. Her beliefs had been jeered and mocked, her family ruined. Why was this stupid white guy so interested in blood tests? She did not recognize the physical examination as having any importance. Of course, to me, this was investigative catnip.”

What do you say to those people who still doubt that organ harvesting has occurred, or is occurring, on a large scale in China, especially through the use of Falun Gong practitioners?

“The dogs bark. The caravan moves on. Look, The Slaughter has been out for a year. That’s plenty of time for serious reviewers to question my conclusions. I can’t think of one who has. Even the South China Morning Post, which obviously had to give a critical review given their financial relationship with the Mainland, didn’t dare. And I stand by every footnote, every interview. I don’t begrudge anyone the right to doubt. As I say in my book, these are serious allegations, toxic allegations.”

“But no one — no one! — has the right to dismiss the allegations without actually reading the corpus of work that has been published: The Slaughter, Bloody Harvest, and State Organs, not to mention all the investigative reports that have been authored by Epoch Times, the World Organization to Investigate the Persecution of Falun Gong and Doctors Against Forced Organ Harvesting.

“This investigation started in 2006. Yet the volume of investigative work is only increasing. You want to comment? Hit the books. If someone is too lazy to read about this subject — or just doesn’t care enough about Chinese atrocities to bother — perhaps they should keep silent.”

How has the reaction been toward your book The Slaughter? Especially the transplant community and political circles.

“My book was published on August 12th last year. I don’t think it’s a coincidence that within a week, the Beijing medical establishment was publicly re-pledging to end all organ harvesting of prisoners. While I don’t take Beijing’s claim very seriously, that initial reaction and the arrest of various high-ranking Chinese officials does suggest the Chinese leadership feels intensely vulnerable. A few months later in Taiwan, there was a protracted press controversy over my book during Dr. Ko Wen-je’s successful campaign for mayor of Taipei. The ultimate outcome? Taiwan banned organ tourism to the Mainland. The only other country which can make such a claim is Israel. So this is progress — messy, but progress.

“Whether we are actually saving lives in China? Only Beijing knows. There are a few bright spots in the Western world — a German edition of my book was published in the Spring, a Czech edition expected this Fall — but the Western reaction has been confined more to artistic circles. For example, chapter seven, Into Thin Airwaves, is being made into a graphic novel and a film. The main impact is still confined to China: it’s amusing for me to consider that more agents from the Public Security Bureau have probably read my book than overseas Chinese dissidents and Falun Gong practitioners.”

How do you rate Western media’s coverage of China’s political situation and the country’s human rights issues?

“Pretty lousy, but I’m not personally cross with individual reporters. Quite frankly, the Internet has ruined attention spans and journalism budgets. Even those reporters who want to do serious stories aren’t given the leeway to do so anymore. There’s an intelligent new documentary, Hard to Believe, which directly addresses this exact subject. It will be aired throughout America in late September. Everyone should watch.”