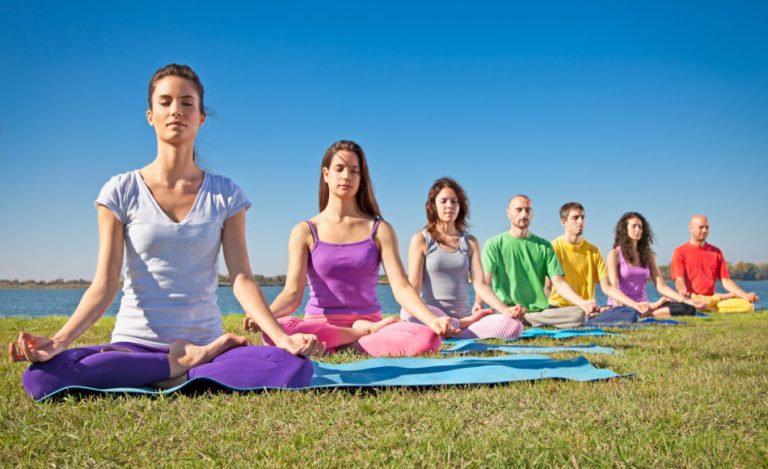 Researchers have found that meditation positively affects the brain activity of the chronically stressed. (Image: Aleksandar Todorovic via Dreamstime)

As each year passes, meditation shows that it’s not a gimmick. Celebrities like Jerry Seinfeld and Goldie Hawn have publicly discussed practicing it. Even the military uses it to “improve mental performance under the stress and strain from war.” (The Washington Times)

There are many studies showing there are direct links to health benefits using meditation.

A study that was published in the Journal of the American Medical Association (JAMA) Internal Medicine found that having just eight weeks of meditation training was as effective as medication in treating depression, anxiety, and pain.

Scientists at Harvard used neuro-imaging technology to show how meditating positively affected the brain activity of the chronically stressed, which is a condition that the Benson-Henry Institute said is related to more than 60 percent of all doctor’s visits.

Schools in the US experimenting with meditation

Schools in the U.S. have also started to experiment with meditating, and have discovered that the techniques can help students.

A school in New Haven, Connecticut, has required yoga and meditation classes three times a week for all of its incoming freshmen, with studies finding that after each class, students had significantly reduced levels of cortisol (a stress hormone).

Where in San Francisco, schools that participated in “Quiet Time,” which is a Transcendental Meditation program, found that twice as many students score proficient in English on the California Achievement Test than in similar schools where the program was not used.

Visitacion Valley Middle School had a reduction in their suspensions by 45 percent during the first-year program, with attendance rates climbing to 98 percent. The school even recorded the highest happiness levels in San Francisco on the annual California Healthy Kids Survey.

I can say that my children practice meditating as well as my wife and myself, and it works for us.