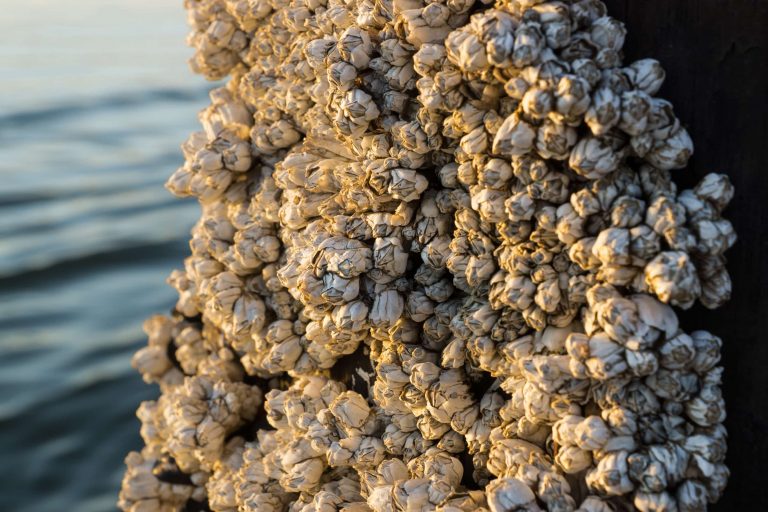 Barnacles hold an evolutionary solution to the problem of sticking to surfaces that are resistant to getting stuck. (Image: Oliver Perez via Dreamstime)

In what may seem an unusual solution, a mechanical engineering team at MIT has found a solution to a long-standing medical problem. For the last seven years, Hyunwoo Yuk’s team has been developing an entirely different approach to stopping bleeding: glue. More specifically, a barnacle-inspired glue. Yuk says barnacles hold an evolutionary solution to the problem of sticking to surfaces that are resistant to getting stuck to. In a study published this month in Nature Biomedical Engineering, his team demonstrated how this arthropod-like glue can stop bleeding in seconds.

Yuk said: “For us, everything is a machine, even a human body. They are malfunctioning and breaking, and we have some mechanical way to solve it.” His team has been working on developing a new solution to stop bleeding in humans. They think glue inspired by barnacles can be ideal. The team showed the arthropod-like glue is useful in stopping bleeding very fast.

The scientist and his team carried out the study on lab rodents. At first, they used typical surgical products used to stop bleeding on rats with bleeding body organs. It did not yield effective results. Later, they used the barnacle-inspired glue and the injury was sealed in only 10 seconds, which was amazing.

Yuk’s collaborators working at the Mayo Clinic tried the same experiment on pigs and the results were encouraging again. The evidence is still preliminary, but it carries hope for humans. Researchers who were not a part of this study admitted the validity of the results. Stanford University’s Hanjay Wang said: “My overall impression of this material is that it’s incredible. It definitely fills a need, especially in the emergency setting, when you need to just get control.”

Yuk’s team tried to find inspiration in wildlife and nature. Barnacles drew their attention as they adhere tightly to surfaces. Barnacles cling because of their natural cement-based proteins. Yuk’s team, however, did not actually use barnacle proteins. They created a biocompatible adhesive sheet made of chitosan, organic molecules, and water. They deployed silicone oil as a blood-repelling agent and it is actually used in the lubrication of surgical tools. The microparticles and oil bonded and the magic glue was created.

The team carried out a number of tests with the barnacle-inspired glue. The early results encouraged them and then they carried out tests on live lab animals. They chose anesthetized rats and the glue managed to stop bleeding in a few seconds, while commercial alternatives like Surgicel and CoSeal did not show good results. They carried out tests on organs such as the liver and heart. Not only did the bleeding stop instantly, the team observed the holes remained sealed up well afterward.

They carried out more strenuous tests on the lab pigs. The Mayo Clinic team did not want the natural coagulation ability of blood to alter the results. This is logical since many patients suffer from inborn or acquired clotting issues. They used heparin, a blood thinner on the pigs. They cut 1-inch holes in the livers of the animals and used the barnacle paste and commercial alternatives. Again, the barnacle-inspired glue worked like magic and the bleeding stopped very quickly.

The findings are good news for people coping with genetic bleeding disorders and it will also be good for those who have to use blood-thinning medications. Effective and inexpensive glue that thwarts bleeding fast can save thousands of lives. However, Wang says more trials are necessary before this glue can be used on humans. The glue may seal damaged tissues fast, but doctors may have to think of any surgeries that may be necessary afterward.