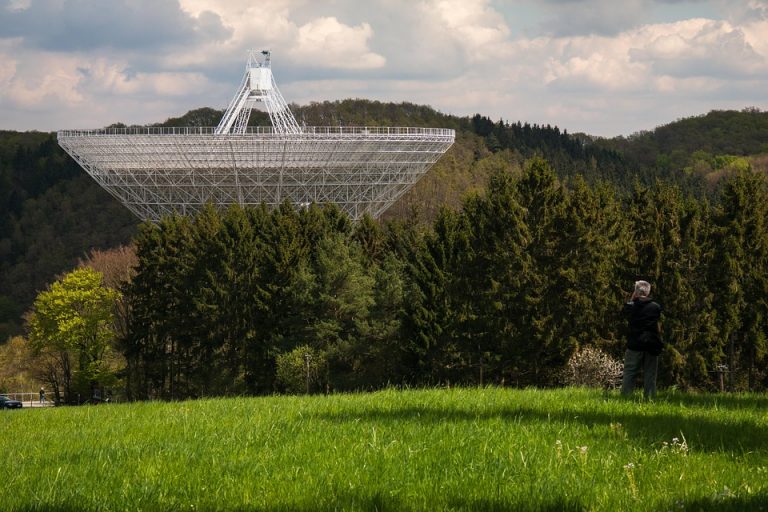 Star-forming galaxies are responsible for creating gamma-rays that until now had not been associated with a known origin. (Image: Didgeman via Pixabay)

Star-forming galaxies are responsible for creating gamma rays that until now had not been associated with a known origin, researchers from The Australian National University (ANU) have confirmed.

Lead author Dr. Matt Roth, from the ANU Research School of Astronomy and Astrophysics, said until now it has been unclear what created gamma rays — one of the most energetic forms of light in the Universe — that appear in patches of seemingly “empty sky.”

The discovery could offer clues to help astronomers solve other mysteries of the Universe, such as what kind of particles make up Dark Matter — one of the holy grails of astrophysics. Dr. Roth said:

“It’s a significant milestone to finally discover the origins of this gamma-ray emission, solving a mystery of the Universe astronomers have been trying to decipher since the 1960s.

“There are two obvious sources that produce large amounts of gamma rays seen in the Universe. One when gas falls into the supermassive black holes which are found at the centres of all galaxies — called an active galactic nucleus (AGN) — and the other associated with star formation in the disks of galaxies.

“We modelled the gamma-ray emission from all the galaxies in the Universe and compared our results with the predictions for other sources and found that it is star-forming galaxies that produce the majority of this diffuse gamma-ray radiation and not the AGN process.”

ANU researchers were able to pinpoint what created these mysterious gamma rays after obtaining a better understanding of how cosmic rays — particles that travel at speeds very close to the speed of light — move through the gas between the stars. Cosmic rays are important because they create large amounts of gamma-ray emission in star-forming galaxies when they collide with interstellar gas.

Data from NASA’s Hubble Space Telescope and Fermi Gamma-Ray Space Telescope was a key resource used to uncover the unknown origins of the gamma rays. Researchers analyzed information about many galaxies such as their star-formation rates, total masses, physical size, and distances from Earth. Dr. Roth said:

“Our model can also be used to make predictions for radio emission — the electromagnetic radiation that has a frequency similar to a car radio — from star-forming galaxies, which could help researchers understand more about the internal structure of galaxies. We are currently looking at producing maps of the gamma-ray sky that can be used to inform upcoming gamma-ray observations from next-generation telescopes.

“This includes the Cherenkov Telescope Array, which Australia is involved in. This new technology will hopefully allow us to observe many more star-forming galaxies in gamma rays than we can detect with current gamma-ray telescopes.”

This research, published in Nature, features authors from Australia and Italy. The ARC Centre of Excellence for All Sky Astrophysics in 3 Dimensions (ASTRO 3D) was also involved.