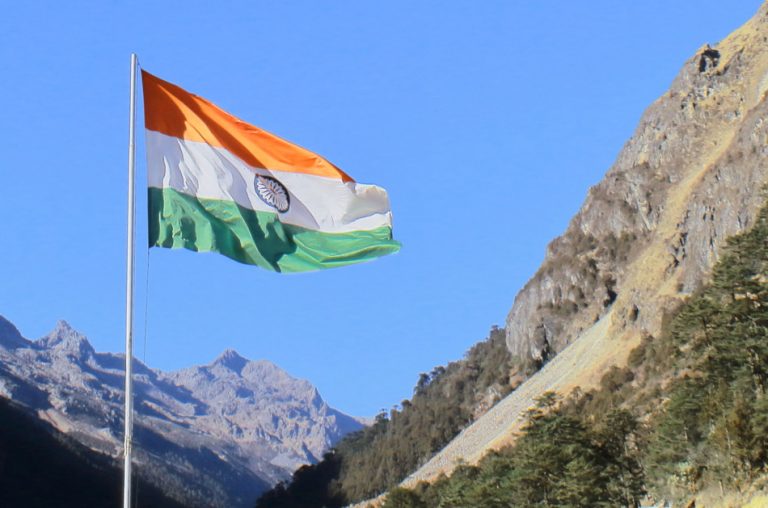 A new report throws light on hitherto unknown ways through which China is affecting the economy and political activities in India. (Image: Rupam Mandal via Dreamstime)

A new report published by an Indian Think Tank has highlighted China’s covert influence to win over India, as well as its aggression in dealing with its neighboring countries. The Chinese regime’s actions toward its own people and ethnic Muslim minorities have made it a target of criticism worldwide.

However, the regime is also making inroads into other countries in a clandestine manner. Such indirect influence was previously reported in Canada, the UK, the U.S., and other countries, while a new report published in August 2021 says India is also being targeted by Beijing.

The report was published by the Law and Society Alliance through a webinar held this month. The report is named Mapping Chinese Footprints and Influence Operations in India and throws light on hitherto unknown ways through which China is affecting the economy and political activities in India in its attempts to win over India. The Chinese government and its intelligence services have reportedly infiltrated various Indian industries. The report also hints at the hidden agenda of Beijing.

The new report describes how Beijing is using every means possible to exert its influence in various sectors of the Indian economy slowly and steadily over a number of years to gradually win over India. The report identifies how “India’s budding tech sector has also not been able to escape the clutches of China. Since 2015, China and Chinese firms have invested around US$7 billion in the Indian tech sector. Coupled with a large number of acquisitions, Chinese companies have become major shareholders of some of India’s biggest tech companies.” (IndiaTVnews)

The political environment in India has been affected by this invisible Chinese influence and incursion. The Communist Party of India (Marxist), does not take any steps to confront the moves made by China, says the report. The online event where this shocking report was presented was attended by five eminent speakers, namely, Ilshat Kokbore, Sheng Xue, MsKaldenTsomo, Aarti Tikoo, and Enghebatu Togochog.

Ilshat Kokbore, president of the Uyghur American Association, expressed his shock at how cleverly the Chinese Communist Party (CCP) has spread propaganda and has twisted reality. Journalist Aarti Tikoo said: “While the world talks a lot about so-called US soft power, the Chinese have been developing their kind of soft power.”

Enghebatu Togochog, Director of the Southern Mongolian Human Rights Center, said China entered Southern Mongolia in the guise of a peace-loving neighbor, but later donned the robes of a dictator. Mrs. Kalden Tsomo, UN Advocacy Officer for the Tibet Advocacy Bureau, Geneva, and the last speaker of the webinar, said the report shows how China is making inroads into India in ways few are aware of in its unrelenting plan to win over India.

Intrusion into the Indian economy to win over India

As it is, China has spent substantial amounts of money to affect social institutions and universities in India. It has also involved itself in the film world and in the long run, this can threaten national security and sovereignty. The report highlighting Chinese intrusion into the Indian economy and various sectors is 76 pages long and its revelations are shocking. The hidden agenda of Beijing is impacting the Indian voters to win over India.

The report revealed: “It is a combination of financial investments, whether in the entertainment industry, in the socio-political realm through Confucius Institutes, the Chinese government has been using every trick in its playbook to make inroads into the Indian economy and society,” (IndiaTVnews).

In the last few years, China has made several attempts to infiltrate the huge Indian entertainment industry, especially Bollywood. It has put money into movie production, likely influenced by the investment in Xiaomi by Ratan Tata, the former head of Tata Group. In 2015, Tata became the first Indian investor in Xiaomi’s smartphone business, reported Business Today India.

Beijing is also aiming to influence and win over India by using mobile applications and social media services without raising concerns. In the last few years, three news apps — UC News, Dailyhunt, and NewsDog — have received large investments from some Chinese firms.

In 2016, Xiaomi launched its Mi5 handset in India, and in 2017 set up a second manufacturing plant as well as Mi stores. “India is our biggest market outside of mainland China and also an extremely important one. Our goal is to become number one in the next 3-5 years and we are keen on partnerships here,” Xiaomi co-founder and President Bin Lin said. (BusinessToday.In)

China’s overall aim is to ensure its interests are well portrayed. The report reveals how Beijing has slowly made inroads in the intellectual space in India by offering Indian students exchange programs and trips sponsored by the Chinese government. Students are not even aware that they are falling prey to Chinese ideologies.

India’s tech sector has also been affected. Chinese companies are now major shareholders in big Indian technology companies, particularly start-up and investment businesses. The smartphone sector in India is now dominated by Chinese technology giants while Indian-origin companies are on the back foot.

The report urged the Indian government to take concrete steps much like its counterparts in Canada and Australia to stop this stealthy large-scale intrusion of Beijing.