Tech CEO Shocks River Dave by Gifting US$180,000 to Build a New Home 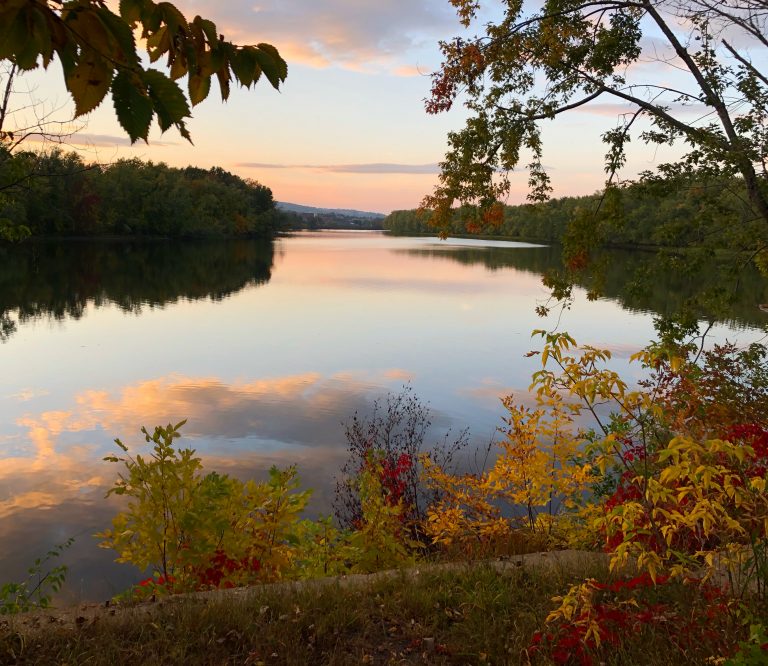 After his cabin burned down, a hermit living in the woods near the Merrimack River was surprised with a big check from a tech CEO. (Image: Bookwormr98 via wikimedia)

A hermit is someone who has withdrawn from society and is living in a solitary environment. It could also refer to a person who has become a recluse, such as David Lidstone, also known as River Dave.

Humans went from being hunter-gatherers to settled dwellers and landowners. Some people even own entire continents these days. But others are happy to lead the life of a hermit, preferring the company of nature rather than living in a concrete jungle. We will find out about one hermit known locally as River Dave and how fate dealt him a blow on the one hand while on the other hand, he found that kindness is still around.

People of New Hampshire might not know who 81-year-old David Lidstone is, but they will know River Dave. He is a self-proclaimed hermit who has been living in a cabin in the woods by the Merrimack River in Canterbury, New Hampshire, for almost three decades. While he never owned any property, Mr. Lidstone did say that the previous owner of the land allowed him to stay there.

The current owner, 86-year-old Leonard Giles, was adamant that David must leave, but he ignored the court’s order to vacate the land. David was also jailed for “trespassing” after Giles made the case to have him removed. David refused to go as he considered it his home and he had nowhere to go. Authorities are investigating how the fire started that burned down his cabin, which is currently unexplained.

In his youth, Lidstone, his brother, and a cousin spent time living in the woods, surviving by hunting and fishing. David Lidstone retired as a U.S. Air Force veteran who had married and had four children, but he could never express his love for his wife. David explained that throughout his entire life, he was never shown much kindness. While growing up, he was never kissed or hugged, which created a distance in him, even from himself.

On becoming a hermit and while working as a woodsman to make a living, he realized that and opened his home in the woods to river users. David entertained them about living life off the grid, while his home was quite environmentally friendly, using solar panels for power. It was also built from wood from the surrounding area.

People can look down on those who choose to lead a life outside the norm. Being a hermit is unusual in Western society and David worries about this. Although he led a solitary life for almost 30 years, the burning of his cabin made him skeptical about his capacity to continue with this lifestyle. But, thanks to Palantir’s CEO Alex Karp, David can now rebuild his cabin in another place. Karp, who has a home in New Hampshire and earned 1.1 billion last year, immediately wrote a personal check worth US$180,000 for David Lidstone.

The hermit had been jailed and harassed on numerous occasions for his choice of lifestyle. The final insult was losing his home to arson. Yet, humanity still exists and people started crowdfunding for River Dave to have a new home with at least 20 offers of financial assistance. While the onset of winter has delayed the plans to rebuild his cabin, the money is currently held in a fund and the location of the new cabin is being kept secret.

The need for such deeds of kindness

Being kind is one of the biggest virtues to ever be present in the psychological constitution of humanity. While we have evolved over many thousands of years, we have also taken up certain qualities as our higher selves developed. One such quality is kindness. Being responsible for ourselves and caring and providing for our loved ones can make us bitter and selfish. We forget to care about nature while anyone not standing back from this selfish existence is frowned upon. Hermits and gypsies who are happy owning nothing and think the world is their home face this attitude.

Canterbury is known for its Shaker Village, built in 1792, which is now a museum. It housed people dedicated to living in a Protestant community by living simple lives. So the moral of the story of River Dave is in fact not an uncommon one. People turn toward nature and like to live in isolation. They try not to disturb anyone and want to be left alone to follow their beliefs.

While modern society has largely moved away from the traditional values of respecting elders as part of a community, David Lidstone was moved by the actions of the enduring community spirit that reached out to help him. “Mr. Karp, I cannot express the feelings I have for what you’ve done; if I go any further, I’m going to break down and cry,” Lidstone said in a video. “Thank you, thank you, thank you,” as reported by the Insider.