Stay Alert to Mysterious Warnings of a Pending Catastrophe 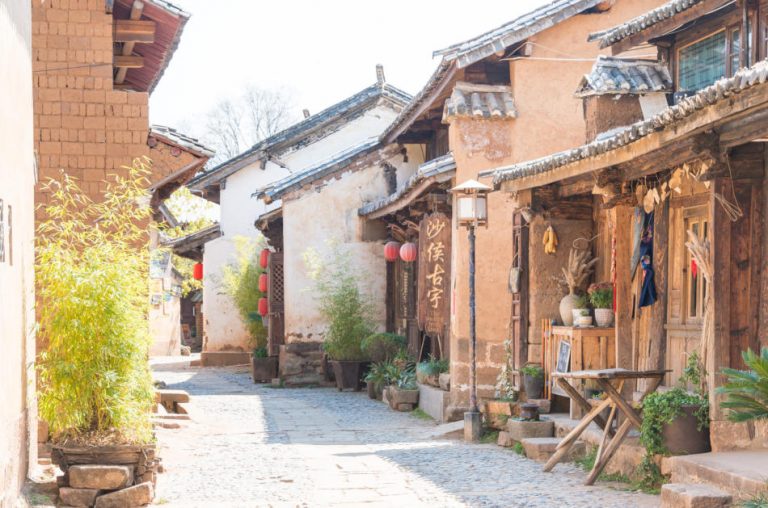 A long time ago, a ragged man came to a village in China and tried to sell baskets full of earth to save people from a disaster. (Image: Beibaoke1 via Dreamstime)

A pending catastrophe can come at any time without warning. A long time ago in a village called Gaojiazhuang, men worked the farms and women engaged in spinning and weaving. The villagers lived a comfortable and well-off life. One day, a man dressed in rags came to the village carrying two bamboo baskets full of earth on a shoulder pole. He went around the streets of the village trying to sell the earth but nobody cared.

With no one being interested in his soil, he said to the villagers: “My aged mother has had nothing to eat at home for days, and I have nothing left to pawn. So I have no choice but to earn money for the topsoil to take care of my mother.”

The villagers had never heard of such a strange tale as selling earth for money and they could not help laughing. Finally, a man said: “Old guy, what’s so strange about the soil? It exists everywhere. Who would ever buy it?”

Virtue and tolerance can save people from a pending catastrophe

The ragged man replied: “The soil looks ordinary, but it embraces everything of virtue and tolerance, and so it can save people from disasters. Therefore, any kindhearted person, please pity my old mother at home and help buy this load of topsoil.”

After the ragged man finished speaking, another villager spoke up and protested: “Can soil save people? Who believes any of this? Is this wretch trying to cheat us?” Then everyone ridiculed the ragged man all over again.

Seeing that nobody was buying the soil, the ragged man sighed: “I have tried to sell ‘goods’ [the word is a homonym of the word ‘life’ in Chinese] around the streets for more than ten days. But, unfortunately, no one wants it so far. It’s pitiful that my old mother will starve again.”

At that time, a senior villager, a kindly man surnamed Gao, upon seeing him so pathetic, said: “Sir, I will purchase your earth. Here, I give you three hundred dollars and please dump the soil along my courtyard wall. Then you can pack up your bags and go home quickly, lest your mother worry.”

All the people seeing the situation laughed at Gao’s stupidity and then scattered in an uproar.

It was getting late, so the ragged earth-seller poured the soil around Gao’s house and said to Gao: “I have given you the good earth.” And then he left.

That night, the pending catastrophe struck. A fierce storm arose with thunder rolling and torrential rain. The ancient saying goes: “The North Sea connects to the South Sea.” The next day, when Gao opened his front door and went out, he saw that his house was encircled and protected by the good earth bank, but the entire village was flooded outside the bank. The neighbors were all washed away by the storm and flood, while the good earth surrounded and protected only his household.

Gao came to understand: “It turns out that the ragged soil-seller was alerting the village to a pending disaster. He saved my whole family! The soil poured by the elderly man successfully warded off the floodwater.” After the flood receded, Gao led his whole family to move away.

Selling earth was such a rare event and this should have aroused people’s vigilance making them ask themselves: “Is there any matter of life and death about to happen?”

However, when the people indulged themselves, it caused a terrible loss of their true nature. They thought only of the present and neglected the future. So most of the villagers lost their lives after indulging in loud laughter, mocking, and ridicule.

The senior Gao purchased the earth with compassion for the ragged soil seller’s mother and with a kindly nature. Then, unexpectedly, such a pure, kind thought saved his whole family.

If the villagers knew that compassionate deeds could save them, they would have helped the ragged earth-seller. But, unfortunately, their lesson can only be left for future generations to ponder and learn from.

History and legends tell us that before a pending catastrophe strikes, there will always be very capable and persistent individuals who use unusual ways to alert people to prepare and take refuge.