How Photographers Change the Way You Feel About War 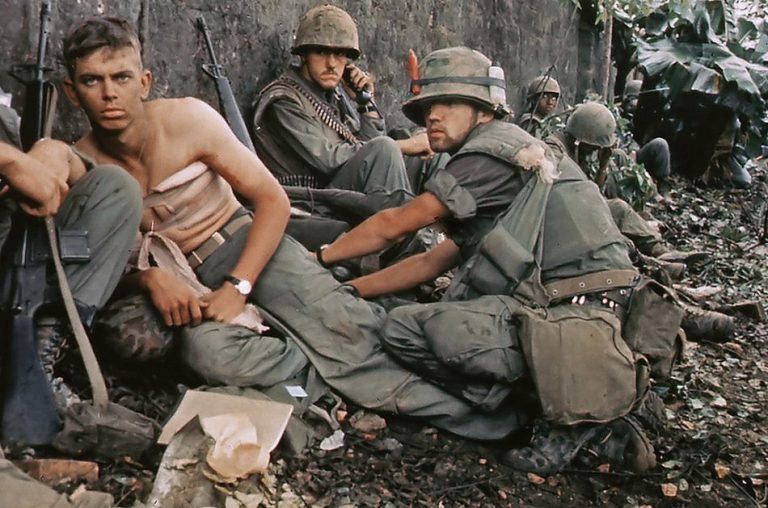 The unbridled and uncensored media coverage of the Vietnam War showed people that war is brutish and dehumanizing. (Image: Sergeant William F. Dickman via Wikimedia Commons)

The use of cameras during the American Civil War began to shift the public’s perception of what such horrific conflicts were like beyond illustrations or dramatized paintings.

Soon, governments knew the evocative power that photographic images could hold, and all sides censored them during the two world wars as they felt appropriate.

It was the unbridled and uncensored media coverage of the Vietnam War that really showed people that such conflicts are brutish and dehumanizing. Little wonder there was a strong anti-war movement.

See a short video featuring some of Tim Page’s images below:

Now, today in the digital age, we see images and footage of conflict zones in near real-time.

Yet photos can only offer you a glimpse of what it’s like to be in an area of conflict.

An image or video footage doesn’t give you entry to appreciate the awful noise and the smells of war.

Not to forget the absolute chaos of it all.

Photojournalists capture the humanity in war

But the best photojournalists can capture the humanity within it, such as those already mentioned, along with those more contemporary, such as Tim Hetherington and Chris Hondros, both of whom were tragically killed covering the Libyan conflict in 2011.

See a tribute to both photojournalists and their work below:

A year before Hetherington’s death, his feature-length documentary Restrepo, which he co-directed with American journalist Sebastian Junger, was nominated for an Academy Award. To make the highly acclaimed film, both men spent a year with a platoon of U.S. soldiers in the Korangal Valley during the conflict in Afghanistan.

“Tim lived a very big life. He was courageous and very brave, and he was incredibly big-hearted towards everyone he engaged with and all of his subjects,” Junger told CineFix a few years after Hetherington’s death.

You will get a great sense of what kind of person Hetherington was and why he choose to cover such areas of conflict in this 2010 interview below, where he talks about his time in the Korangal Valley:

In 2013, Junger, along with journalist James Brabazon, made the documentary Which Way is the Front Line From Here? The Life and Time of Tim Hetherington.