‘Back to Basics’ Approach Helps Unravel New Phase of Matter 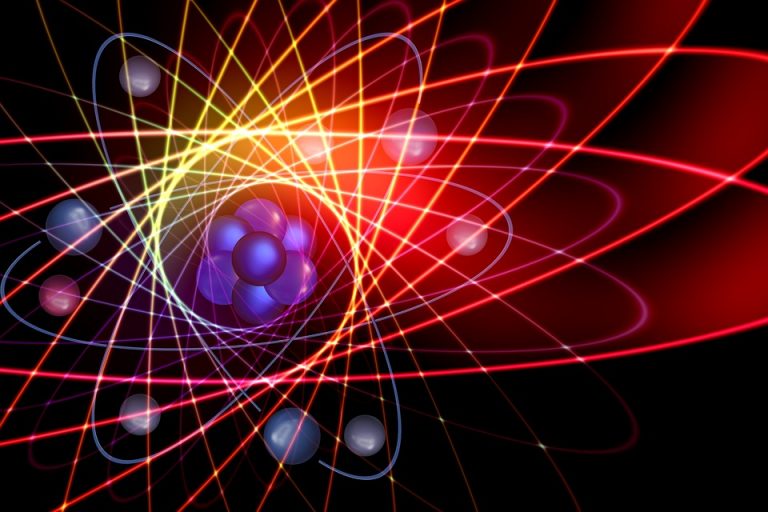 A new phase of matter, thought to be understandable only using quantum physics, can be studied with far simpler classical methods. (Image: geralt via Pixabay)

Researchers used computer modeling to study potential new phases of matter known as prethermal discrete time crystals (DTCs). It was thought that the properties of prethermal DTCs were reliant on quantum physics, the strange laws ruling particles at the subatomic scale. However, the researchers found that a simpler approach, based on classical physics, can be used to understand these mysterious phenomena.

Understanding these new phases of matter is a step forward toward the control of complex many-body systems, a longstanding goal with various potential applications, such as simulations of complex quantum networks. The results are reported in two joint papers in Physical Review Letters and Physical Review B.

When we discover something new, whether it’s a planet, an animal, a disease, or a new phase of matter, we can learn more about it by looking at it more and more closely. Simpler theories are tried first, and if they don’t work, more complicated theories or methods are attempted. Andrea Pizzi, a Ph.D. candidate in Cambridge’s Cavendish Laboratory, the first author on both papers, said:

“This was what we thought was the case with prethermal DTCs. We thought they were fundamentally quantum phenomena, but it turns out a simpler classical approach let us learn more about them.”

DTCs are highly complex physical systems of this new phase of matter, and there is still much to learn about their unusual properties. Like how a standard space crystal breaks space-translational symmetry because its structure isn’t the same everywhere in space, DTCs break a distinct time-translational symmetry because, when “shaken” periodically, their structure changes at every “push.” Pizzi said:

“You can think of it like a parent pushing a child on a swing on a playground. Normally, the parent pushes the child, the child will swing back, and the parent then pushes them again. In physics, this is a rather simple system. But if multiple swings were on that same playground, and if children on them were holding hands with one another, then the system would become much more complex, and far more interesting and less obvious behaviours could emerge. A prethermal DTC is one such behaviour, in which the atoms, acting sort of like swings, only ‘come back’ every second or third push, for example.”

First predicted in 2012, DTCs have opened a new field of research, and have been studied in various types, including in experiments. Among these, the prethermal DTCs are relatively simple-to-realize systems of matter that don’t heat quickly as would normally be expected, but instead exhibit time-crystalline behavior for a very long time — the quicker they are shaken, the longer they survive. However, it was thought that they rely on quantum phenomena. Pizzi said:

“Developing quantum theories is complicated, and even when you manage it, your simulation capabilities are usually very limited, because the required computational power is incredibly large.”

+These new forms of matter can be understood using classical physics

Now, Pizzi and his co-authors have found that for prethermal DTCs, they can avoid using overly complicated quantum approaches and use much more affordable classical ones instead. This way, the researchers can simulate these phenomena in a much more comprehensive way. For instance, they can now simulate many more elementary constituents, getting access to the scenarios that are the most relevant to experiments, such as in two and three dimensions.

Using a computer simulation, the researchers studied many interacting spins, like children on swings — under the action of a periodic magnetic field like the parent pushing the swing — using classical Hamiltonian dynamics. The resulting dynamics showed in a neat and clear way the properties of prethermal DTCs. For a long time, the magnetization of the system oscillates with a period larger than that of the drive. Pizzi said:

“It’s surprising how clean this method is. Because it allows us to look at larger systems, it makes very clear what’s going on. Unlike when we’re using quantum methods, we don’t have to fight with this system to study it. We hope this research will establish classical Hamiltonian dynamics as a suitable approach to large-scale simulations of complex many-body systems and open new avenues in the study of nonequilibrium phenomena, of which prethermal DTCs are just one example.”

Pizzi’s co-authors on the two papers, who were both recently based at Cambridge, are Dr. Andreas Nunnenkamp, now at the University of Vienna, and Dr. Johannes Knolle, now at the Technical University of Munich.

Meanwhile, at UC Berkeley, Norman Yao’s group has also been using classical methods to study prethermal DTCs. Remarkably, the Berkeley and Cambridge teams have simultaneously addressed the same question about this phase of matter. Yao’s group will be publishing their results shortly.