Diamond Lasers Are 20 Times More Powerful Than Before 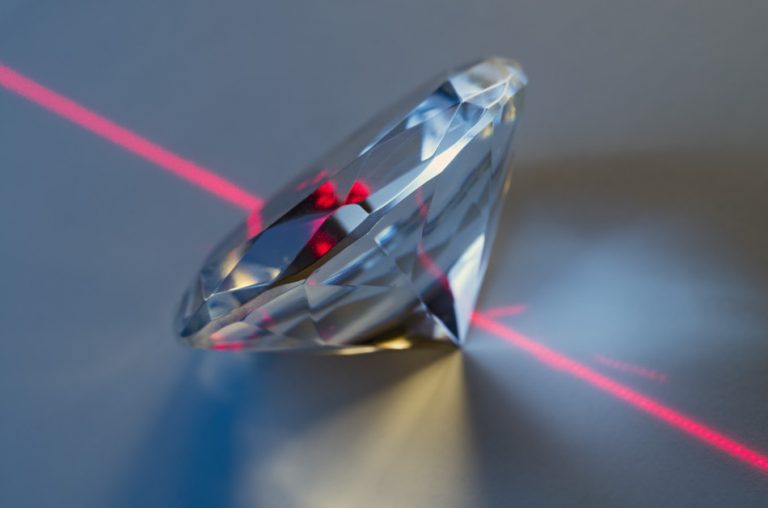 The uses for high-powered lasers are far reaching. (Image: Absente via Dreamstime)

Using a diamond to concentrate a flash of light into a laser beam is nothing new, but researchers have surpassed anything that has been done before.

The laser that these researchers have created is 20 times more powerful than any other diamond laser.

It has enough power to cut through steel with ease.

Previous diamond lasers had a peak output of about 20 watts. This new laser now provides up to 380 watts of output power, which is the equivalent of approximately 400,000 laser pointers. The uses for this laser are far-reaching. Having such high-powered diamond lasers, they could be used for things such as optical communications in space, laser ranging, and the tracking and removal of space debris, reported Tech Times.

Using diamonds for creating laser beams is relatively new, but it is rapidly becoming a technology leader in terms of generating powerful, high-brightness beams at wavelengths, or “colors,” where traditional lasers are not able to shine. The researchers are from MQ Photonics Research Centre, with fiber laser experts from the Fraunhofer Institute for Applied Optics and Precision Engineering in Jena, Macquarie University said in a statement.

Dr. Robert Williams, the lead researcher on the project, said: “Just as X-rays pass through flesh to enable us to see bones within a body, different colors of laser radiation can interact or be transmitted by different target materials.”

According to IFL Science: “Diamonds are an emerging material for laser beam usage, but it looks like their days of ‘being in the rough’ are drawing to a close. As synthetic diamond technology advances, the quality of the diamonds is increasing. Synthetic diamonds are now better than what we can obtain from the ground, and it’s this high-quality mineral that is essential for powerful diamond lasers such as this one.

“The wavelength of the new diamond laser, at 1240nm, has high transmission through the atmosphere, and is safer to use because of its reduced transmission through the front of the eye, and lower risk of damage to the retina. Diamond lasers have progressed enormously over the last few years due to advances in the synthesis of high-quality diamonds — better than what can be obtained naturally,” wrote MQ University.

Rich Mildren, Associate Professor in the MQ Photonics Research Centre, said: “Diamond is an ancient material, yet only now many of its extraordinary properties are becoming evident. High power lasers is one such area that diamond looks like providing a major advantage.” The paper was published in the Laser and Photonics Reviews.

“Diamond crystals seem to naturally fit to high-power fiber lasers. It’s interesting to see that such a development is now possible, and I’m sure much exciting research will follow,” said Thomas Schreiber, group leader for the fiber laser research at the Fraunhofer IOF Jena, Germany.

“Around the time of its invention, the laser was famously labeled ‘a solution in need of a problem,’ but now it has penetrated so many aspects of industry, science, and our daily lives that the number of applications are countless. A key to unlocking many more applications of lasers will be the development of high-brightness beams at new wavelengths, and diamond is providing just that,” said Dr. Williams.

What will be the next stage in the development of diamond lasers?