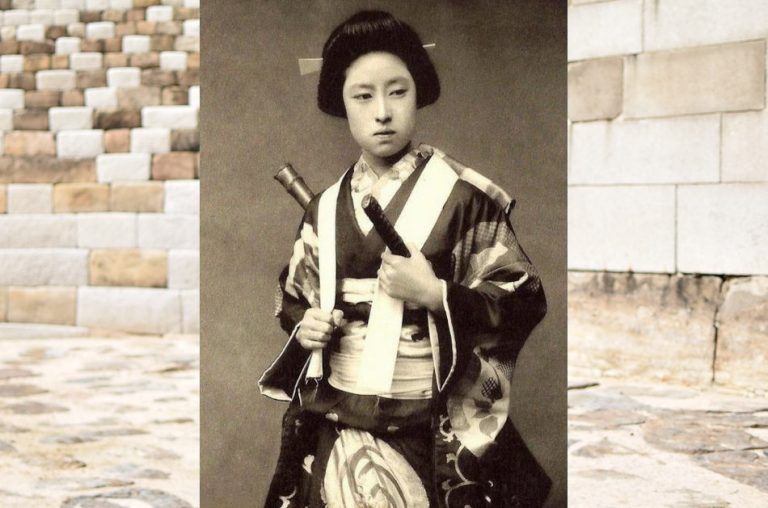 The onna-bugeisha warriors used many types of weapons to combat enemies, but the main weapon was known as naginata. It was a pole arm with a blade on the end. They were also trained in tantojutsu — the art of knife fighting, and they were taught to use katana — the authentic Samurai sword with Japanese roots.

The onna-bugeisha warriors were trained to fight enemies no matter how tough the situation was. Even when their communities were overpowered by rival clan warriors, the onna-bugeisha were seen to fight till the end. A death of honor was much more desirable to them than a life of servility. Some historical references to the onna-bugeisha can be found, but those are just a fraction of what can be found about their male counterparts.

The history of Japan’s female Samurai warriors can be traced back to A.D. 169-269. According to historical records, the first female warrior in Japan was Empress Jingū. She ascended the throne after the death of her spouse, Emperor Chūai, and invaded Korea. Reportedly, Jingū was a brave Samurai who defied social norms and lived on her own terms. Even when she was pregnant, she did not stop fighting. She ruled Japan for several decades.

Tomoe Gozen was among the most celebrated onna-bugeishas. She was a brave female Samurai warrior who was skilled in katana, horseback riding, and archery. During the Genpei War (1180-85) that took place between two rival Samurai dynasties, she rose to prominence. Tomoe Gozen was famous for her offensive battle skills. Her troops respected and trusted her. She fought many fierce battles. In the famous Battle of Awazu, she killed the Musashi clan leader. While her fate after the battle remains hazy, she remains one of the most memorable female Samurai warriors.

Hōjō Masako was the onna-bugeisha who actively made an entry into the political landscape of Japan. She was the spouse of the first shogun in the Kamakura period. When her husband died, she accepted Buddhism, but she carried on with her political ambitions. Her sons, Minamoto no Sanetomo and Minamoto no Yoriie, became shoguns later on. Hangaku Gozen was another famous female Samurai warrior and she once led an army of 3,000 against a rival army of 10,000 soldiers.

The onna-bugeisha warriors fought in many important battles in Japan, but the greatest was the Battle of Aizu. Nakano Takeko, a young female warrior, led a group of onna-bugeisha warriors. They fought the emperor’s forces bravely. While Takeko and her team killed many enemy warriors, she suffered a bullet wound. She is known as the last great onna-bugeisha. Her fearless acts and feats are still commemorated in the yearly Aizu Autumn Festival.

After the 17th century, during the Edo period, the decline of the onna-bugeisha began. The Samurai clans started looking at the onna-bugeisha as unfit for taking part in warfare. The role of Japanese women was reduced to service within the household and Westerners who recomposed the history and cultural heritage of Japan played a part in this.