Do You Really Know the 7 Wonders of the World? 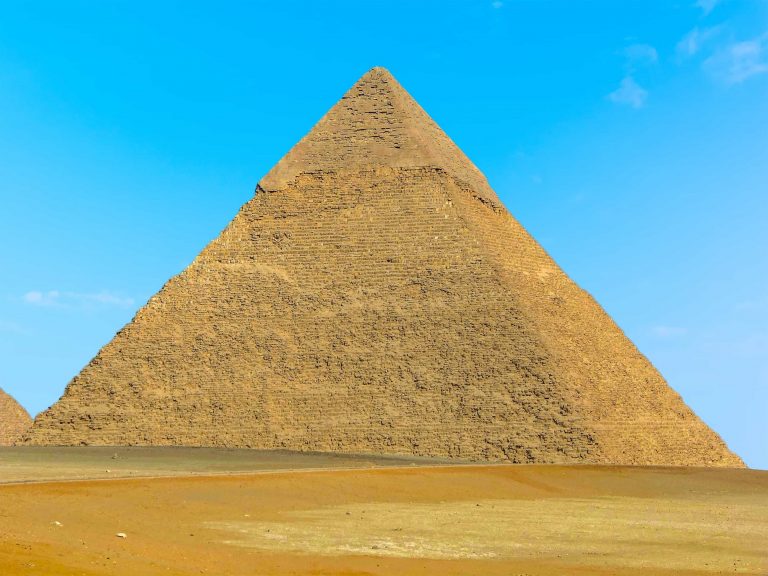 The Great Pyramids of Giza were constructed between 2584 and 2561 BCE. (Image: Nicola_Pulham via Dreamstime)

The process started during the Hellenistic period and went on until the Italian Renaissance. Ancient scholars and philosophers like Philo of Byzantium and historians Herodotus and Diodorus Siculus wrote about amazing sites and places. These writings were used later to list the 7 wonders of the world.

The 7 wonders of the world

The Great Pyramids of Giza were constructed between 2584 BCE and 2561 BCE. The only surviving example of the 7 wonders of the world listed here, they are regarded as an amazing feat of Egyptian architecture. Historians think it took more than a decade to set up this stunning piece of the tomb. Almost 2.3 million stone blocks were used to build the tomb. The amazing pyramid was made using granite, limestone, and mortar and it was originally 481 feet tall. Over the years, a section of limestone casing has eroded and now its height is 454 feet.

2. Temple of Artemis at Ephesus

This Greek temple was rebuilt thrice and it is located in Turkey. The temple was dedicated to the Greek deity Artemis. Artemis was worshipped as the goddess of hunting, childbirth, and animals. The temple, when finished, had 125 columns and it was 450 feet long. Now, you can see the ruins that were excavated during the 19th century. The remains are preserved in London’s British Museum.

The historic Mausoleum at Halicarnassus survived the ravages of time until a series of earthquakes dealt the final blow to it during the 12th to 15th centuries CE. Its ruins are there in Bodrum, Turkey. It was set up for Mausolus, the ruler of the Caria, and his wife Artemisia II. Incidentally, the monument was completed after Mausolus passed away. The Mausoleum was praised for its opulent design. Historians say the monument had a lavish interior as well. Some statues from the mausoleum were recovered by British archaeologists during the 19th century and they are now in the British Museum.

Historians are unclear on the actual existence of the Hanging Gardens of Babylon. The images of tiered gardens overflowing with plants however still haunt the proponents of the theory. These stunning hanging gardens have inspired artists for ages. The location is said to be in present-day Iraq. This garden was supposedly built by Monarch Nebuchadnezzar II. The gardens were set up to make queen Amyitis, his spouse, happy.

5. Statue of Zeus at Olympia

The majestic Statue of Zeus was set up by Phidias, a masterful sculptor. The same sculptor oversaw the construction of the Parthenon. The beautiful statue of Zeus was 43-foot-tall and it was developed in 435 BCE. It was kept inside the famed Temple of Zeus. The painted cedarwood throne had precious stones, gold, ebony, and ivory. The marvelous sculpture was dismantled likely in the 6th century CE when the Ancient Roman kings banned the pagan religion.

Around 280 BCE, Chares of Lindos, a Greek sculptor who created the Colossus of Rhodes, hailed as his magnum opus. The island’s defense against a prolonged siege from the Macedonian Monarch was celebrated. Chares used bronze and iron to build the amazing statue. It was made resembling Helios- the Greek deity of the sun. The statue was 108 feet tall. Sadly, the statue was demolished by a strong quake in 226 BCE.

7. The Lighthouse of Alexandria

The famous Lighthouse of Alexandria was built in the Ptolemaic Kingdom of Egypt. Set up on the island of Pharos, it was approx. 330 feet tall. The lighthouse collapsed in 1480 CE owing to an earthquake. It was used in many ancient-era coins. Its remains were discovered in Alexandria’s old port in 1968.

Only 1 of these 7 wonders of the ancient world can be seen in physical form, now. For the rest, you have to rely on artifacts and remains preserved in some museums.  These wonders all exhibit stunning progress of ancient engineering but they also remind us of the fleeting nature of worldly beings.