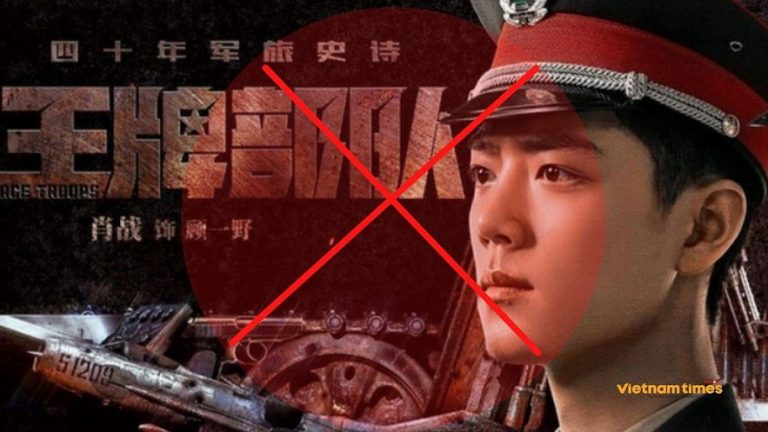 A Chinese TV serial has recently been at the center of controversy after it was found to distort facts about Vietnam. The TV series named Ace Troops depicts the 1979 Sino-Vietnamese War that took place between the two nations. The viewers on the Vietnamese side have expressed anger over the issue that Chinese movies distort the truth.

The Chinese TV series has reportedly shown the Vietnamese army making the move first and the Chinese army countering the invasion. However, in reality, the opposite thing happened. China invaded Vietnam, prompting the latter to retaliate in self-defense. On the Chinese social network Weibo, some Chinese bloggers posted things that do not reflect reality. The series covers 40 years and deals with two army rookies who go through many ups and downs before bonding and fighting together.

The trailer of Ace Troops was released and that attracted considerable reactions from viewers. Many web users said the clothes used by actors look like those used by Chinese soldiers during the 1979 Vietnam invasion. The trailer also shows the Chinese army wearing camouflage and firing shells. The trailer of Ace Troops has evoked a strong response from the Vietnamese people. A lot of them have slammed the makers of the Chinese TV series saying it is a blatant distortion of facts.

A Vietnamese ex-soldier (Division 356) named Truong Quy Hai, who also happens to be a musician, said: “Our fight was a fight to protect the Fatherland against the enemy. The Chinese troops invaded. Anything different is a fabricated story. They are deliberately distorting history, that’s their intention.” He added that young people know the national sovereignty issues. He said: “They are better than us because they have the opportunity to access information, take advantage of the media to spread opinions, spread truth and facts. I believe in the young generation. When we talk about Fatherland, automatically we will be united.”

The Sino-Vietnamese War was a border war fought between China and Vietnam in early 1979. China launched an offensive in response to Vietnam’s actions against the Khmer Rouge in 1978, which ended the rule of the Chinese-backed Khmer Rouge. Both China and Vietnam claimed victory in the last of the Indochina Wars.

Chinese forces invaded northern Vietnam and captured several cities near the border. On March 6, 1979, China declared that the gate to Hanoi was open and that their punitive mission had been achieved. Chinese troops then withdrew from Vietnam. As Vietnamese troops remained in Cambodia until 1989, China was unsuccessful in its goal of dissuading Vietnam from involvement in Cambodia.

Following the dissolution of the Soviet Union in 1991, the Sino-Vietnamese border was finalized. Although unable to deter Vietnam from ousting Pol Pot from Cambodia, China demonstrated that its Cold War communist adversary, the Soviet Union, was unable to protect its Vietnamese ally.

The alleged distortion of facts in Ace Troops has ruffled the Vietnamese and many of them have called for a boycott of the series. Le Minh Thanh, a Vietnamese viewer, wrote: “Anyone who supports, shares, and promotes Ace Troops is insulting Vietnam’s history, turning backs on their father’s sacrifice. It is unknown whether the film will be released or screened. I call for a boycott of this film on every platform.” Many others wrote similar posts. The series producers are yet to respond to the reactions evoked by the trailer of Ace Troops.