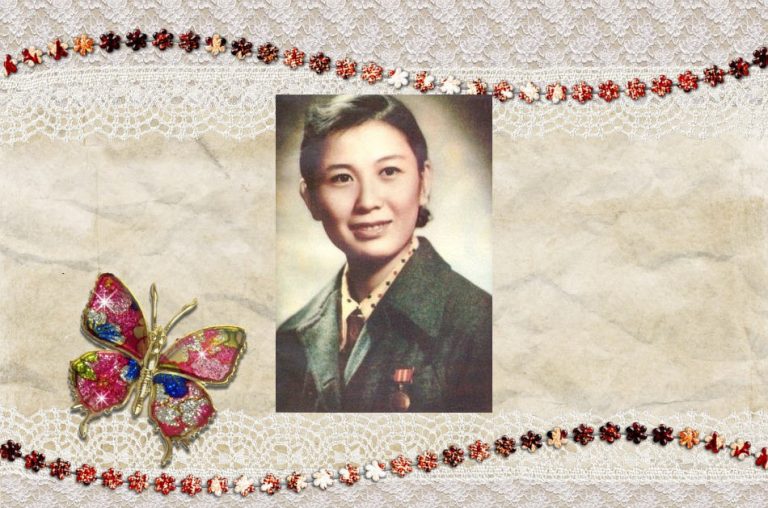 Known as the 'Queen of Huangmei Opera,' Yan Fengying's life had a tragic end. (Image: via Public Domain)

She was known as the “Queen of Huangmei Opera.” She brought the little-known Huangmei Opera from a remote, rural mountain village setting onto both stage and big screen. During her short life, Yan Fengying, with her vocal talent, rose from obscurity to become a dazzling star, capturing the hearts of millions of Chinese fans and admirers and she became an adorable icon in the hearts of the nation.

However, as has been the case for numerous loyal Chinese people of great talent, the relentless harassment and false accusations of the Chinese Communist Party, along with the impact of the Cultural Revolution, destroyed her life at the peak of her career. She died young and suffered appalling humiliation even after death. Her tragic life is heart-wrenching and leaves the world with yet another example of why never to trust the Chinese Communist Party.

At the age of 13, she learned to sing opera secretly with Yan Yungao, an opera singer in the same hometown. With a natural voice and vivid performing style, Yan Fengying soon became the leader of the troupe. She only had to practice routines once while others had to put in three times the effort, and in less than a year, she started to perform on stage. Huangmei Opera at that time was just a small local opera with remote mountain village origins.

During that era, whoever made a living by singing opera would be looked down upon by their neighbors and would be punished and shunned by their families. Feudal thinking and clan taboo were suppressing Yan Fengying’s progress excessively. Women singing had been regarded as shameful and a humiliating form of entertainment. What’s more frightening was that the locals were so incensed by her singing they shouted to have her thrown into a pig shed while she was performing on stage. She was in grave danger. Finally, with the help of her relatives, she managed to escape from her hometown.

Yan Fengying excelled in her performances

Yan Fengying embarked on the road of acting and singing as a performer and wandered about in the Jianghuai area. During this period, she met the famous elder artist Ding Yongquan and other elder Huangmei Opera masters. When the old artists performed on stage, Yan Fengying would try to figure out the moves and imitate their steps bit by bit. The guidance of Ding Yongquan and having the uniqueness of a woman’s delicate nature allowed her to excel in her performances.

Yan Fengying’s singing voice was bright, sweet, and full of charm, and her acting skills were brilliant. She absorbed the best of Peking Opera, Yue Opera, and folk songs, and integrated them into a family known as the “Yan School”.

Trouble looming on the horizon

However, at the time when Yan Fengying was developing her operatic skills to the fullest, the Chinese Communist Party had seized power, and China was undergoing terrifying upheavals and subversive changes. In 1953, Yan Fengying was transferred to the Huangmei Drama Troupe of Anhui Province. A year later, she participated in opera performances in East China and played the main role in The Heavenly Match for the first time.

This traditional drama, The Heavenly Match, also known as The Seventh Fairy Descending to the Mortal World, tells the story of Dong Yong, a talented scholar from a poor family, who was willing to sell himself as a servant to the Fu family in order to raise money to bury his father. Dong Yong’s act of filial piety moved Heaven and the Jade Emperor ordered the Seventh Fairy to marry Dong Yong, giving him one hundred days of marriage.

After marriage, the Seventh Fairy weaved 10 bolts of silk for the Fu mansion overnight. The elder Fu was overjoyed and adopted Dong Yong as his foster son, and he even burned the “Deed of Sale” with Dong Yong. At the end of the 100 days, the elder Fu presented Dong Yong with silver taels and even sent him home.

However, such a moving and righteous plot did not conform to the degenerate Chinese Communist Party (CCP)’s aims of continuous “class struggle.” In the CCP’s adaptation of 1953 The Heavenly Match, the theme was distorted beyond recognition. The Seventh Fairy Maiden descending to the earth at the order of Heaven became the Seventh Fairy descending to earth of her own accord and desire; Dong Yong the talented scholar became Dong Yong a peasant farmer; the Fu family became bullies making trouble in every possible way…

In 1955, the Shanghai Film Studio produced the drama The Heavenly Match into a movie that was released in 1956. According to statistics, by the end of 1958, the viewing audience for the movie in mainland China alone had reached 140 million people. This was the highest box office record up to that time. With the sensational response and popularity of the movie, Huangmei Opera became well-known in the country. Yan Fengying’s classic image as the Seventh Fairy was established, and her acting career had also reached its peak.

The good times did not last long

However, good times did not last long. In 1966, the Cultural Revolution erupted, setting off a bloody storm for Yan Fengying. She was accused of being “anti-authority,” along with trumped-up charges of “counter-revolutionary activities” followed by excessive criticism and humiliation. She was tortured beyond endurance.

In March 1968, Yan Fengying was accused of opposing Jiang Qing, the fourth wife of Mao Zedong, and with that accusation being leveled, was classified as being “extremely counter-revolutionary.”

Yan Fengying was forced to write and hand over her confession letter along with damning materials for reporting and accusing other people within two days, or else her “pig head” would be “smashed open” by the communist agents. Her long-time friend and the actor who played the role of Dong Yong alongside her also put up a big poster criticizing her. She could no longer bear the long-suffering ordeals.

That fateful night, her husband Wang Guanya was awakened by Yan Fengying’s crying and found she had taken an overdose of sleeping pills. She left behind a departing letter for him.

Wang Guanya rushed his wife to the in-patient unit of the hospital for emergency treatment. There were no beds for her, so he had to put Yan Fengying on the concrete floor along the corridor. Deliberately, she was not given any treatment. Sadly, Yan Fengying died at 5 a.m. on April 8, 1968. This was just 5 days away from her 38th birthday. This was by no means the end of her torture. The cruelest and most lunatic part here was that she was promptly dissected to determine whether any “spy item” was planted in her body.

Betrayal and victim of the deranged CCP culture

Less than an hour after Yan Fengying died, the leader of the opera troupe arrived with the troupe. They did not come to mourn her death, but instead, brutally smashed her body until her internal organs were exposed.

In the escalating political turmoil, Chinese traditional culture was destroyed beyond recognition, moral standards were perverted, and the extreme evil in human nature was unleashed endlessly. Just like Yan Fengying, she participated in many modern dramas propagating the idea of ​​”revolutionary struggle” and in the end, she innocently became a propaganda victim of the communist regime and was driven to her death. Yan Fengying’s tragic experience is a microcosm of the deranged CCP counter-culture.

Now, the CCP is trying to claim her as one of their own. No such thing. Her only crime was that she was an upright, innocent, loyal, and talented Chinese lady. She would not sell her soul. The CCP is a heap of dying embers, while Yan Fengying is already an immortal.