How a POW Used Chinese Wisdom 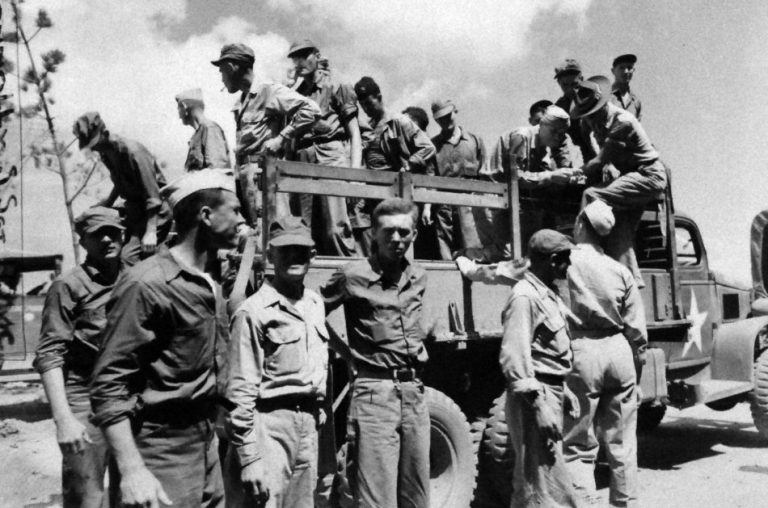 Every day the Allied POW's had to do 15 hours of hard labor and they were not given much food. (Image: Public Domain)

This is a true story that happened in a Japanese-run prisoner-of-war (POW) concentration camp during World War II that was located in China. Every day, the Allied POWs had to do 15 hours of hard labor. The quality of the food served to the prisoners was poor and the available amount of food was very small. Since the portions were so small, distributing the food fairly was a big problem.

As part of their daily routine, the POWs would bring the food from the kitchen to the barracks in wooden barrels. One of the prisoners would be selected to distribute the food. The person selected had to be sure to divide the portions fairly while the rest would line up to take their portions of food. It was common for disagreements over the size of the meals to arise. No matter which person was selected to disburse the food, the complaints of uneven distribution could not be resolved. After a while, no one wanted to undertake this thankless task.

Faced with this situation, the POWs elected a young American, Roland Ken Tavoli, to do the job, and he accepted. That night, he could not get to sleep as he was thinking of a good way to solve the problem. Tavoli had studied ancient Chinese culture, and he recalled an old saying from the Analects of Confucius: “When you have gotten your own life straightened out, things will go well without you giving orders, but if your own life isn’t straightened out, even if you give orders, no one will follow them.”

Before serving the following day’s meal, Tavoli put a portion in his bowl first. Then he started to distribute to the rest using his portion as a guide for how much to give each person. He told everyone that if anyone thought their portion was unfair and the portion they got is not enough, then they could take his portion and leave behind their portion for him.

Tavoli won the trust of the other POWs

After a few days had passed, no one ever asked to exchange their portion for Tavoli’s. With just this simple method, Tavoli actually solved the seemingly impossible problem in the distribution of food. Additionally, Tavoli won the trust of the other POWs, and he continued performing this task until the end of the war. Through this incident, Tavoli showed his understanding of the broad connotation and profound wisdom of this aspect of China’s 5,000 years of traditional culture.

In 2014, when he was over 90years old, Tavoli bought a burial plot in Texas State Cemetery. He had his gravestone prepared in advance with the epitaph: “The person who distributes food.” His intention was to let future generations know of the tragic experience in the concentration camp and also of the great wisdom of Chinese traditional culture, which is the root of the Chinese people.

Why is Chinese traditional culture said to be full of wisdom? It is believed Chinese culture was passed on by the Divine and, as a result, has a profound essence. Chinese traditional culture puts its emphasis on the cultivation of the heart, becoming a better person, and considering others first before taking action. When one does things for the sake of others, gods and Buddhas will bestow wisdom on them that can move others. When everyone feels grateful and obtains a kind heart, how could there still be disputes?