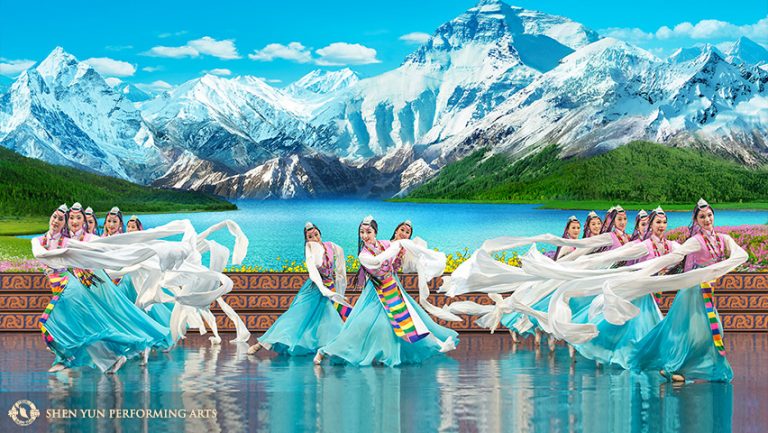 Shen Yun is a show that brings beautiful ancient Chinese culture back to life. (Image: via Shen Yun Performing Arts)

In a Shen Yun production, music is a medicine that nourishes your soul. Shen Yun is a show that brings beautiful ancient Chinese culture back to life through traditional dance and music. It’s an explosion of color and traditional costumes, full of rich stories and legends with extraordinary talent and music.

In ancient China, one of music’s earliest purposes was for healing.

The first note, gong (宫), is connected to the earth element and digestive system. Music based on this note makes the person feel serene. Jue (角), on the other hand, is the tone for wood that is connected to liver health.

The ancients believed that music is medicine

The ancients believed elegant music that nurtures virtue would place a person’s organs in harmony, therefore having a healing effect on the body. Culture was a gift from the divine, and they felt a natural connection with the heavens.

If you have also wondered what the name Shen Yun means, here is an explainer:

Shen (神) is a general term for a divine being. Ancient Chinese history is filled with these characters, whether they be deities, immortal Taoists, or Buddhas.

And the second part — Yun (韻) means “rhyme” or “rhythm” but, in this case, it translates to the subtle expression of one’s body language.

At last year’s show, when the erhu traditional Chinese instrument solo began, it was as if there was no one else in the theater — and it felt like it was almost talking directly to my heart. I have never heard such an instrument played so delicately before.

The music is a blend of East meets West, and it is perfectly harmonized to accompany the show, leaving you feeling warm inside.